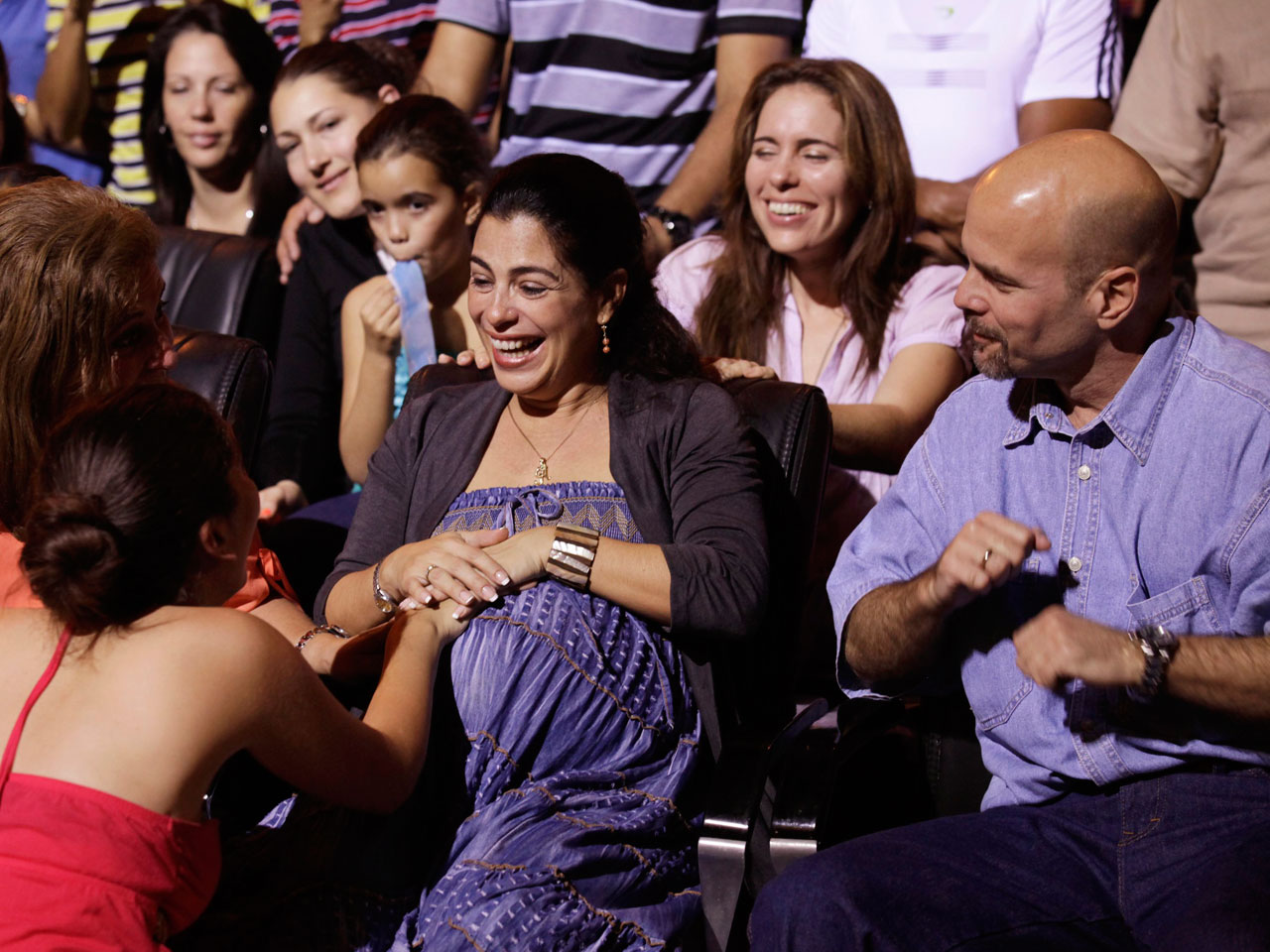 HAVANA - Cuba is celebrating the return of three intelligence agents imprisoned in the United States for more than a decade, and the joyful but puzzling news that one of their wives is expecting just two weeks from now.

Adriana Perez's pregnancy has been the talk of Cuba since she appeared with Gerardo Hernandez at the island's parliament this weekend. Perez beamed and held hands with Hernandez as he caressed her baby bump, clearly visible beneath a flowing blue dress.

A top adviser to U.S. Sen. Patrick Leahy said Monday that the lawmaker helped arrange for Perez's artificial insemination, one of the stranger chapters of 18 months of back-channel negotiations that culminated with Washington and Havana's announcement they will resume diplomatic ties after more than 50 years of hostility.

Leahy's office confirmed to CBS News that the baby is a girl.

Tim Rieser, foreign policy aide to Leahy, told The Associated Press that it all began with a February 2013 trip to Cuba by Leahy, who has visited the island multiple times since the early 1990s, met with both former and current presidents Fidel and Raul Castro and opposes the U.S. embargo.

Leahy and his wife, Marcelle Pomerleau, a registered nurse, met with Perez, now 44. At the time, Hernandez was still at a federal prison in Victorville, California, serving two life sentences on murder conspiracy and other charges. Cuba had complained repeatedly that the U.S. was denying her a visa to visit her husband.

"She made a personal appeal to Marcelle. She was afraid that she would never have the chance to have a child," Leahy, a Vermont Democrat who chairs the Senate subcommittee on foreign appropriations, said in a statement. "As parents and grandparents we both wanted to try to help her."

Back home, Leahy's office began working with U.S. government officials. Conjugal visits are not allowed in the federal prison system, but there is precedent to use artificial insemination for an inmate, CBS News' Paula Reid reports.

Around the beginning of this year, a first attempt at artificial insemination was made, but it failed. A couple of months later, a second attempt worked. The procedure itself was carried out in Panama and everything was paid for by the Cuban government, according to Rieser.

U.S. officials had been trying to win better conditions for Alan Gross, an American man who was serving a 15-year sentence in Cuba after he was caught introducing restricted communications equipment as part of a U.S. government democracy program on the island.

Rieser lobbied for Perez to receive a U.S. visa and she was able to visit Hernandez twice in the last year and a half, after apparently only being allowed to see him once before. Rieser also helped another member of the "Cuban Five," island agents who were serving long prison terms in the United States, access to medicine he needed. He said there was no quid pro quo, however.

That U.S. officials facilitated Perez's pregnancy made a big impression on Cuban officials, for whom the agents' return was one of the country's most important international policy goals.

And it helped set the tone for the secret negotiations that culminated with the deal announced last Wednesday, under which the last three of the "Cuban Five" returned home and Cuba freed a U.S. intelligence asset jailed for nearly 20 years on the island. Gross was also released as a humanitarian gesture.

"Like a number of other things that we did and the Cubans did, (it contributed) to a better kind of atmosphere for the talks that were necessary to bring about Alan's release and a change in U.S. policy," Rieser said.

"We rejoice this Christmas season that it worked," Leahy said in a statement.

In a statement, the Justice Department confirmed that U.S. officials facilitated her request. Josefina Vidal, the Cuban Foreign Ministry's top official for North American affairs, declined to comment, saying it was a private matter for the family.

But it's no secret in Cuba any longer.

At parliament on Saturday, delegates applauded wildly whenever the agents were mentioned. On their way out, Hernandez told reporters his wife's pregnancy was made possible by "all of this," an apparent allusion to the talks.