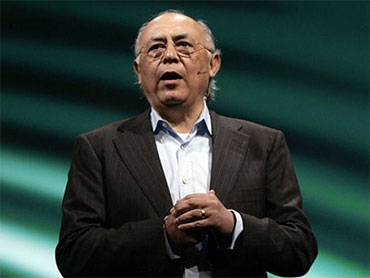 (AP Photo/Paul Sakuma, file)
A prominent executive in the technology industry has been implicated in the alleged unraveled by investigators earlier this month, according to a Wall Street Journal report ($) Wednesday.

Hector Ruiz, then-chairman and former chief executive of chipmaker Advanced Micro Devices, was the unnamed AMD executive that fed inside information to Danielle Chiesi, one of the six arrested in the case, according to a person familiar with the matter. Chiesi worked at hedge fund Newcastle Partners during the alleged insider trading.

Court filings indicate an unnamed executive at AMD told Chiesi about confidential plans to reorganize AMD in 2008. Chiesi then shared that information with Raj Rajaratnam, the billionaire co-founder of Galleon Group also charged with insider trading. New Castle and Galleon bought up shares of AMD just prior to the transaction, but their potential profits were hurt by the general downturn in the market last fall, according to the report.

Ruiz, a highly respected executive in the technology sector, is not charged in the case and the complaint doesn't say that he personally profited from passing along the information.

The six arrested deny the charges.

Meanwhile, the Journal notes that Galleon Group is close to completing its wind down in light of the allegations, liquidating more than 90 percent of its $3.7 billion hedge fund holdings.

The Inflation Reduction Act may not lower inflation: analysis