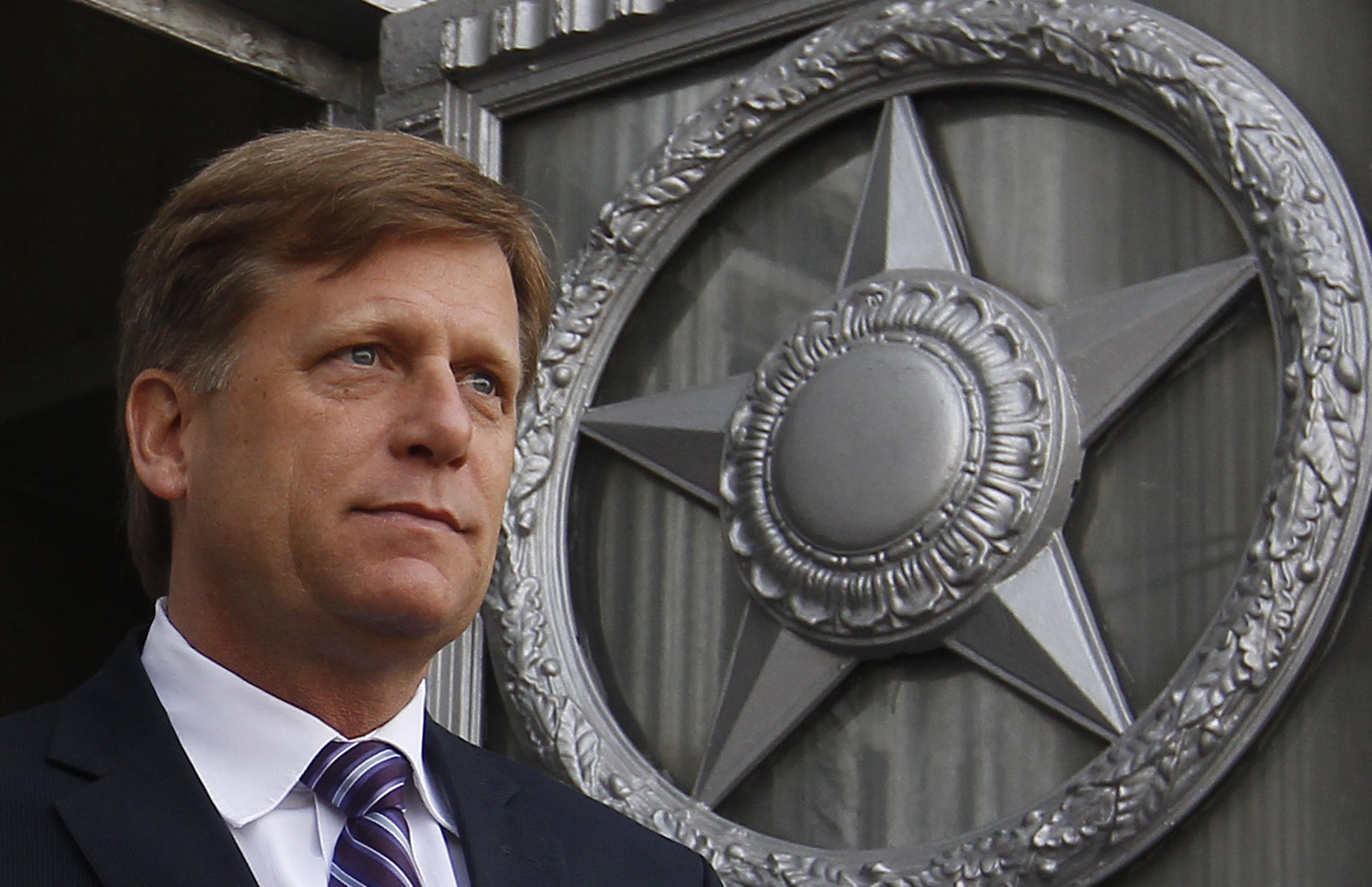 Former U.S. Ambassador to Russia Michael McFaul is appealing to Trump White House officials to not give in to Russian President Vladimir Putin's "cockamamie" idea to allow a group of Americans to be questioned by Russia in exchange for allowing 12 Russian intelligence operatives accused of hacking Democratic entities in 2016 to be questioned by the special counsel's team

"They didn't want to just question us -- they think that we are criminals," McFaul told MSNBC' Rachel Maddow Tuesday evening.

McFaul, named ambassador by President Obama, is one of 11 Americans currently on a list of those Putin wants Russian authorities to be able to question in exchange for allowing the U.S. government to question the Russians indicted just before the Helsinki summit. In addition to McFaul, the Russian government also looking to question Putin critic Bill Browder, whose attorney Sergei Magnitsky died under suspicious sanctions while in Russian custody. It also wants to question former congressional aide Kyle Parker, who drafted a series of sanctions against Russia known as the Magnitsky Act, which Browder lobbied for.

McFaul told Maddow that he'll be in Washington for the rest of the week to meet with administration officials and appeal to them not to allow such a deal to materialize. The ambassador said he fears that giving in to Putin's tactics could set a dangerous precedent.

While he has the backing of the State Department and support for protection in the U.S. Senate, McFaul said it was "regrettable" and "deeply disturbing and offensive" that the White House even entertained the idea of allowing Russian investigators to question him.  White House Press Secretary Sarah Huckabee Sanders, rather than immediately dismissing the idea, told reporters last week that the president would be meeting with his team on the matter and would let reporters know when the White House had a announcement on the matter.

"It was deeply disturbing and offensive to me that they said were still considering this cockamamie idea, and -- let's be clear -- there is a real indictment with real people with real evidence, and Putin proposed a completely absurd scenario he spun up," said McFaul.

After days of similar walk-backs, Sanders later released a statement saying that the proposal was "made in sincerity" by Putin but Mr. Trump now "disagrees with it." She says the U.S. still hopes Putin will have the 12 Russians indicted on charges brought by the Justice Department "come to the United States to prove their innocence or guilt."

McFaul said serious concerns remain, should Russia ever indict the Americans "in absentia" and "go after us on Interpol." The ambassador said he fears the international policing organization could implement what's known as a  "Red Notice" -- a request to locate and arrest a given individual pending extradition, which is then transmitted to policing agencies around the world. While Interpol can't force a member country to arrest a given person who is under a "Red Notice," the country must decide what legal value a Red Notice holds within its own borders, a serious concern McFaul has about Mr. Trump's willingness to side with Putin. Both the U.S. and Russia are currently members countries of Interpol.

McFaul's message to the White House this week was this: "Send a strong signal to Putin, to [Foreign Minister Sergey] Lavrov, to anybody you can that they will not tolerate whosoever this crazy idea of indicting us and then chasing us around the world on Interpol."