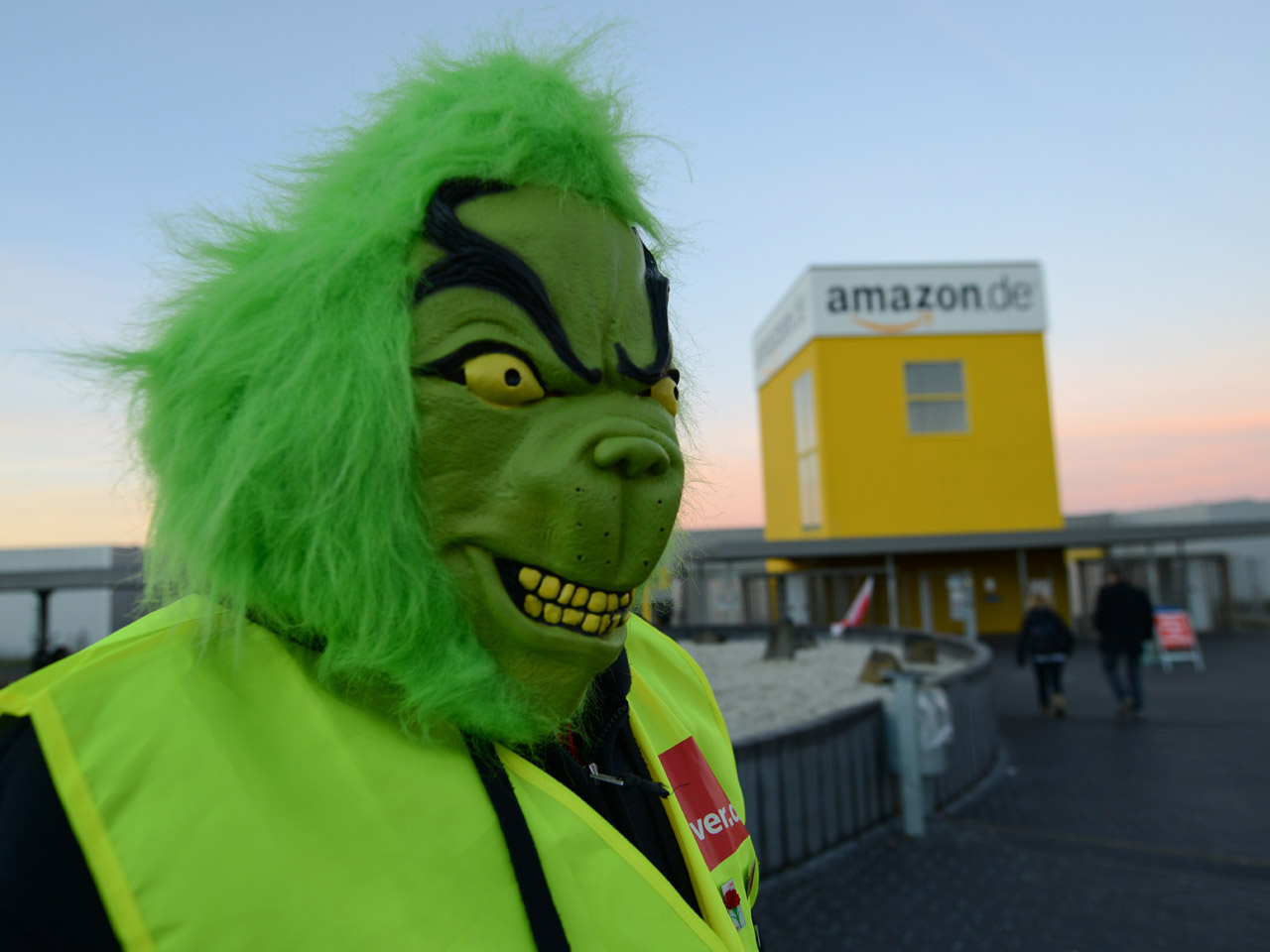 FRANKFURT - Hundreds of workers at Amazon.com's (AMZN) German operations went on strike on Monday, just as pre-Christmas sales were set to peak, in a dispute over pay that has been raging for months.

Germany is Amazon's second-biggest market behind the United States and sales there grew almost 21 percent in 2012 to $8.7 billion, a third of its overseas total. Amazon took its most daily orders in Germany last Dec. 16, with shipments peaking on Dec. 17.

Amazon, which employs 9,000 warehouse staff in Germany plus 14,000 seasonal workers at nine distribution centers, said only 640 workers had failed to turn up for the early shift so there had been no delays to deliveries so far.

"Our customers can continue to rely on us for the prompt delivery of their Christmas presents," a spokeswoman said.

The Verdi union said up to 700 workers joined the strike in Amazon's logistic center in Bad Hersfeld, plus more than 200 in Leipzig. For the first time, the union also called a strike in Graben, where it said it had a very good turnout.

"The Amazon system is characterized by low wages, permanent performance pressure and short-term contracts," Verdi board member Stefanie Nutzenberger said in a statement.

A delegation of German workers will also protest at Amazon's headquarters in Seattle, helped by U.S. unions. In addition, workers in Amazon's center in the German town of Werne will strike on Tuesday, Verdi said.

The German union has organised several short strikes this year to try to force Amazon to accept collective bargaining agreements in the mail order and retail industry as benchmarks for workers' pay at Amazon's German distribution centers.

But Amazon's German country head Ralf Kleber said the company had no intention of bowing to pressure from striking workers and was more worried about bad weather hurting Christmas deliveries, he told Reuters in an interview last month.

Kleber said Amazon pays warehouse workers well according to the standards of the logistics industry, and does not think the more generous terms of the mail order and retail sector are justified for its largely unskilled staff.

Amazon has recently announced it would build three new logistics centers in Poland and two in the Czech Republic, prompting speculation that it could seek to shift work across the border from strike-hit centers in Germany.

But Kleber said Amazon expected to keep expanding in Germany, including eventually delivering fresh groceries too, without giving a timetable.

Why one famed investor is fretting about "superbubbles"