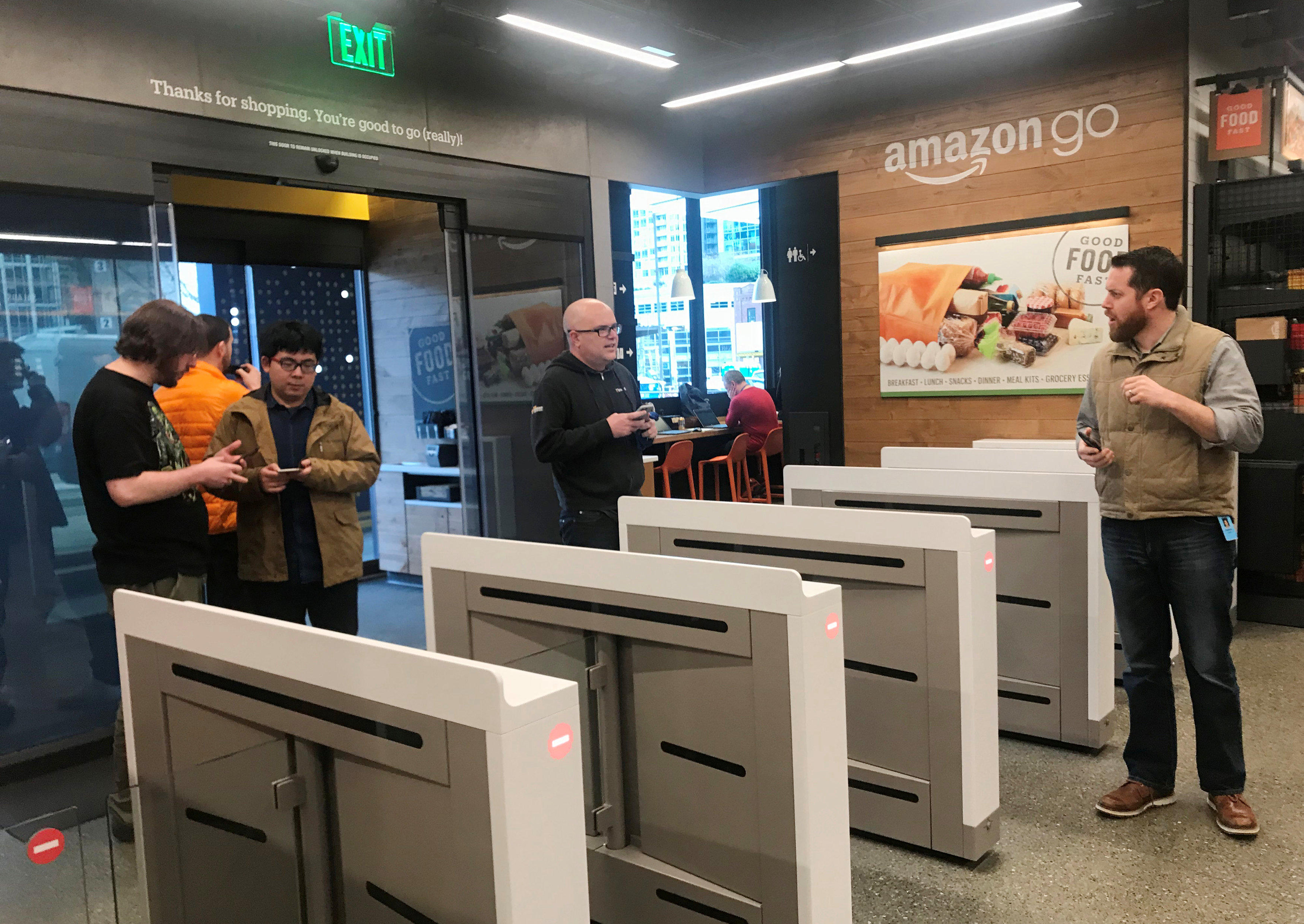 SEATTLE -- Amazon employees have been testing it, but is the public ready for a cashier-less store?

More than a year after it introduced the concept, Amazon is opening its artificial intelligence-powered Amazon Go store in downtown Seattle Monday.

The store, on the bottom floor of the company's Seattle headquarters, enables shoppers to scan their smartphone with the Amazon Go app at a turnstile, pick out the items they want and leave.

By combining computer vision, machine learning algorithms and sensors, the online retail giant can tell what people have purchased and charges their Amazon account. If someone puts an item back, they aren't charged.

As the Reuters news service puts it, "Cash registers and checkout lines become superfluous - customers are billed after leaving the store using credit cards on file."

The store is not without employees - Amazon says there will be people there making food, stocking shelves and helping customers. The store will offer ready-to-eat breakfasts, lunches, dinners, and snacks, as well as some grocery staples like bread, milk, cheese and chocolates. It'll also have Amazon Meal Kits.

At about 1,800 square feet, the Amazon Go store adds to the company's growing physical store presence and its expansion into groceries after its purchase last year of organic grocer Whole Foods and its 470 stores.

Amazon didn't say whether it will open more "Go" stores but, as Reuters put it, "reiterated it has no plans to add the technology to the larger and more complex Whole Foods stores."

Amazon now has more than a dozen Amazon Books stores, which also sell toys, electronics and small gifts. It has space in some Kohl's stores. Amazon also has small shops in several malls.

The company had announced the Amazon Go store in December 2016 and said it would open by early 2017, but it delayed the debut while it worked on the technology and company employees tested it out.