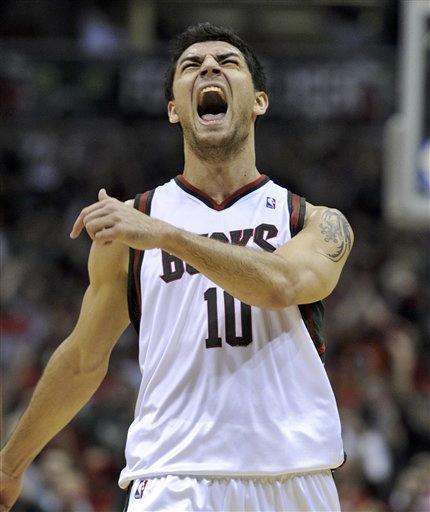 An Orange County couple who ran, hiked and even used a luge to win $1 million in "The Amazing Race 5" collected their check for $1 million on The Early Show Wednesday.

Chip and Kim McAllister, who live in Coto de Caza, Calif., beat three other teams in the season finale of the CBS reality show. Chip, 46, who runs a Web technology company, and Kim, 44, who owns a recruiting company, covered more than 72,000 miles over six continents and 11 countries to earn the top prize.

Colin Guinn and Christie Woods, from Corpus Christie, Texas, finished in second. There appeared to be a lot of tension between the pair, who were dating throughout the show.

But Guinn told co-anchor Harry Smith, "Christy and I, we have a rotten edit: I'm a raging lunatic psycho and Christy just puts up with it - which couldn't be farther from the truth. We actually have a wonderful relationship and I'd like to just state for the record that I am the luckiest man alive being with Christy."

Then Colin proposed to her on the air, and she accepted.

The final challenge was to get through rush hour traffic in Dallas.

"This is just a blessing ... this is like surreal right now," said Chip after crossing the finish line. The couple said the first thing they would do give money to their church.

The remaining four teams of the 11 that started the race began their final trek in the Philippines, climbed up a snowcapped mountain in Canada and wriggled through a maze before finishing in Dallas.

The McAllisters said they decided to apply for the show because several of their friends and family thought they would make good contestants.

O'Brian told Smith, "Our relationship is great. I mean, we're taking it one day at a time and we've been dating for almost two years and we love each other. Brandon is traveling around right now, but we're doing good.

"The Amazing Race" has won Emmys the past two years for best reality series.