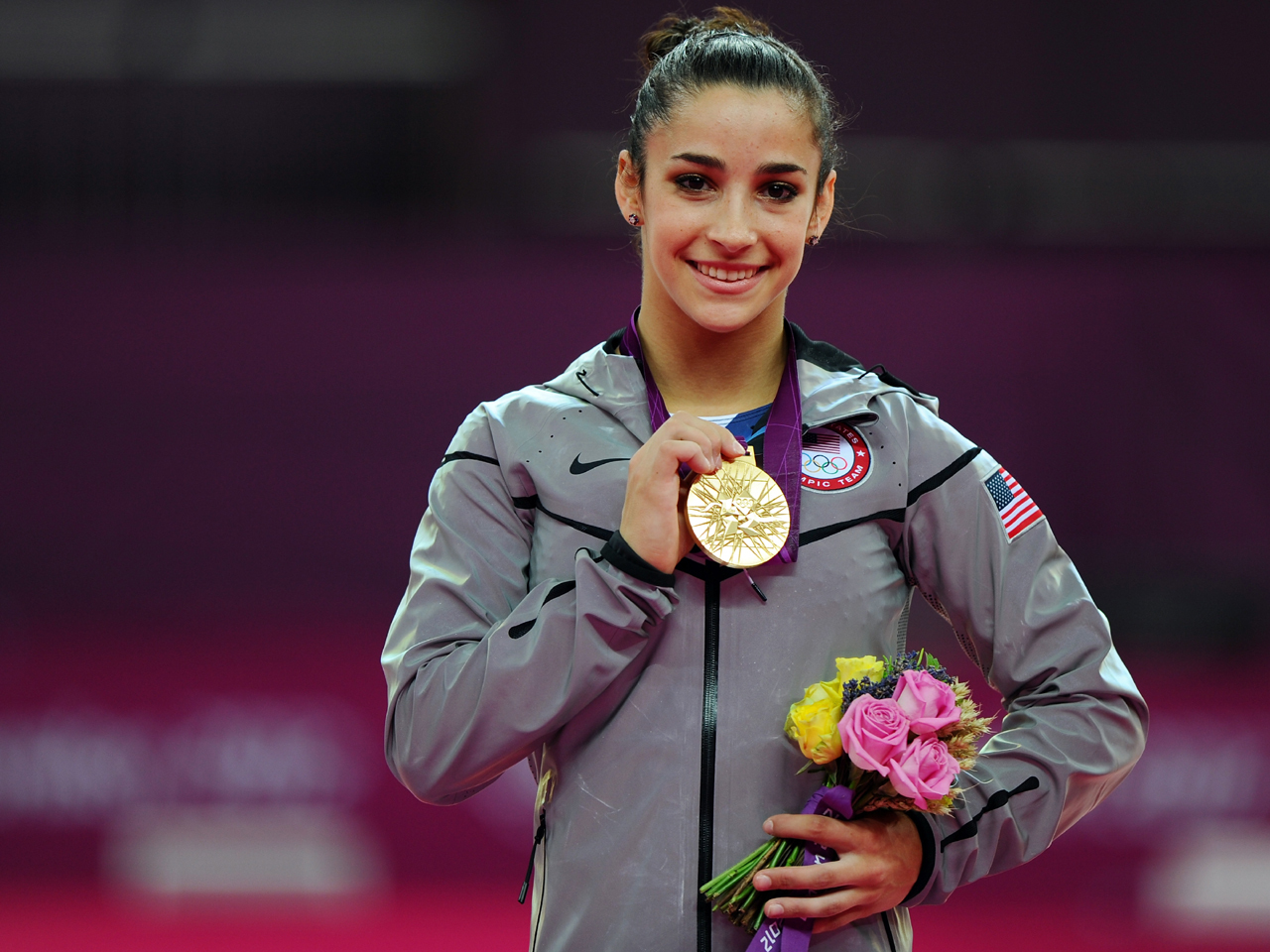 (CBS News) Aly Raisman summed up her final day of competition in the Olympic games on Tuesday - where she won a gold medal in the floor exercise final and bronze on balance beam - as perfection.

"Wow what a day!!!!!! It was the perfect ending to an amazing Olympic experience. I loved every second of it, thank you everyone for the love," the 18-year-old U.S. gymnast wrote on Twitter after her wins.

She also tweeted a lyric from a Nicki Minaj song: "I wish that I could have this moment for life."

Raisman, the U.S. team captain, matched Gabby Douglas in gold medals with her win on floor exercise. Add in the bronze she earned on balance beam earlier in the day, and she becomes the most decorated of the Fierce Five.

"It definitely went better than I thought it would," she said.

Raisman just missed a medal in the all-around, finishing with the same score as Russia's Aliya Mustafina but dropping to fourth on a tiebreak. But she was on the right end of the rules earlier Tuesday, bumping Catalina Ponor of Romania out of the bronze on balance beam.

"A gold medal is a gold medal, but I definitely felt like (beam) was redemption from the other night in the all-around," Raisman said. "I was in the same exact position, but it went in my favor this time."

The win freed her to let loose later that day on floor exercise.

"I felt like I had nothing to lose," she said. "It was going to be my last memory for London, so I just wanted to make it count and enjoy it."

Her tumbling passes were some of the most difficult, and she reached such great height that high-jumpers would be envious. Her landings were not only secure, one was so powerful it all but shook the floor. Coach Mihai Brestyan was hopping up and down and pumping his fist as she finished, and even Raisman was impressed with herself, mouthing "wow" after she saluted the judges.

When her score, a 15.6, was posted, teammate McKayla Maroney yelled "whoa!" so loudly from the stands it could be heard across the arena.

Five gymnasts followed her, but none came close. When reigning Olympic champion Sandra Izbasa landed her final tumbling run on her head, Raisman let herself exhale - and smile.

"It was definitely the best floor routine that I've ever done," she said. "To have it be at the Olympic Games, in the finals, is just really amazing and just a dream come true. That's what you work for your whole life."

The rest of the Americans came up empty-handed Tuesday. Douglas had another rough day, finishing seventh on balance beam after a fall. World champion Jordyn Wieber, voted most likely to leave the Olympics with the biggest haul, was seventh on floor and finishes without any individual medals. Danell Leyva and Jonathan Horton were fifth and sixth, respectively, on high bar, leaving the U.S. men with only Leyva's all-around bronze.

"Overall I think the competition went really well," said Douglas, the first African-American to win gymnastics' biggest prize. "I'm so happy, going home with two Olympic gold medals and a couple of titles under my belt. I'm so happy for Aly. She deserves to be up on that podium."