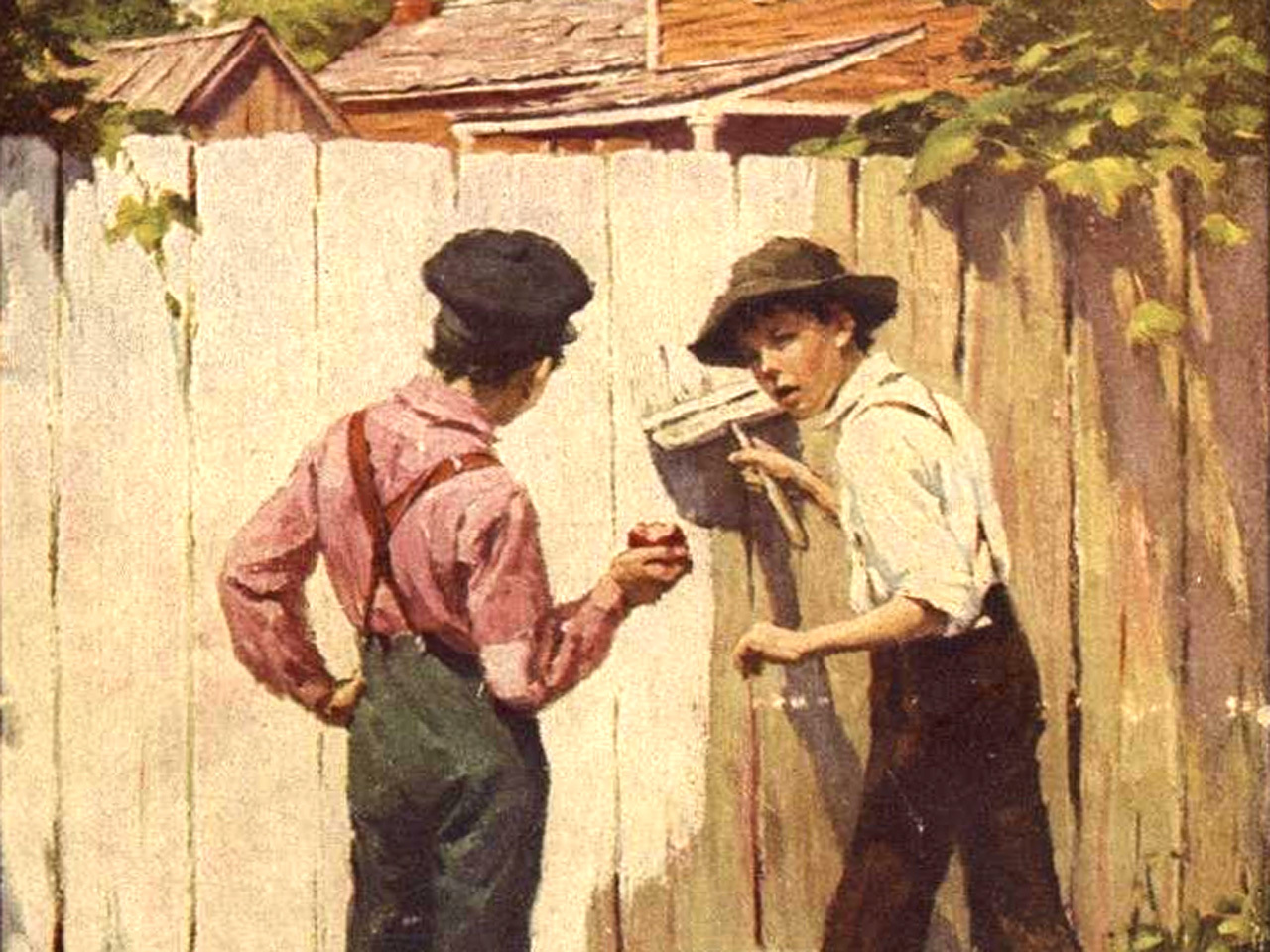 For that was the day Samuel Clemens (better known by his pen-name, Mark Twain) copyright-registered "The Adventures of Tom Sawyer" (though the book was not published until the next year).

Based broadly on his own experiences growing up in the real-life Mississippi River town of Hannibal, Mo., "Tom Sawyer" paints childhood as most of us would like to remember it.

Tom's many mischievous deeds and stunts have become part of our folklore and culture, depicted in a number of movies over the years, including a 1973 musical version, in which Tom (played by Johnny Whitaker) fast-talks the other boys into whitewashing his Aunt Polly's fence:

There's even a "Tom Sawyer" ballet, performed by the New Jersey Ballet, among other companies.

Surprising as it may seem to us now, "Tom Sawyer" was NOT an immediate best-seller. It won wide recognition only AFTER the success of "The Adventures of Huckleberry Finn," the sequel Twain published almost ten years later, in 1885.

Certainly, in the century-and-a-third since, "Tom Sawyer" has hardly lacked for readers.

Nor has Tom lacked for emulators.

Earlier this month, Hannibal, Mo., staged its annual re-enactment of the whitewashing of the fence. And there was a Tom Sawyer look-alike contest.

Later in his life, Mark Twain wrote that "Tom Sawyer is simply a hymn -- put into prose form to give it a worldly air."

A hymn that resonates with us still.

I'm still Chevy Chase, and you're not