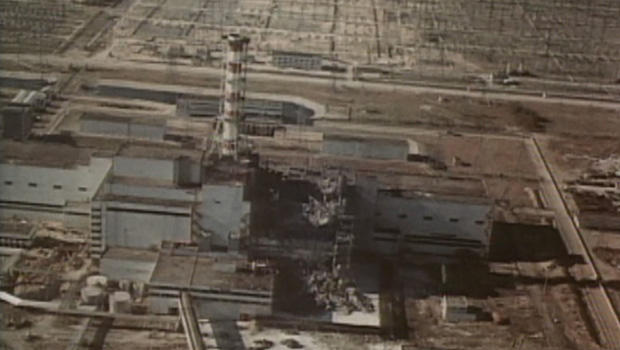 On April 28, 1986, the government of the Soviet Union grudgingly acknowledged a serious nuclear accident, two days before, at the Chernobyl nuclear power plant in northern Ukraine.

An explosion during a reactor test gone wrong had blown the roof off one of the reactors, and spewed radiation into the air.

The Soviets publicly confirmed the accident only after Sweden announced a detected spike in atmospheric radiation.

And despite Soviet claims the situation was under control, tens of thousands of people were evacuated, while emergency crews braved exposure to lethal radiation. Within ten days, the leak was more or less controlled.

But the damage had been done. At least 32 deaths were directly attributed to the explosion and its immediate aftermath.

The World Health Organization has identified some 11,000 cases of thyroid cancer possibly linked to the accident at Chernobyl.

And to this day, hundreds and hundreds of square miles surrounding the Chernobyl reactor remain strictly off-limits.

This week on "Sunday Morning" (January 29)
Thanks for reading CBS NEWS.
Create your free account or log in
for more features.
View CBS News In
CBS News App Open
Chrome Safari Continue
Be the first to know
Get browser notifications for breaking news, live events, and exclusive reporting.