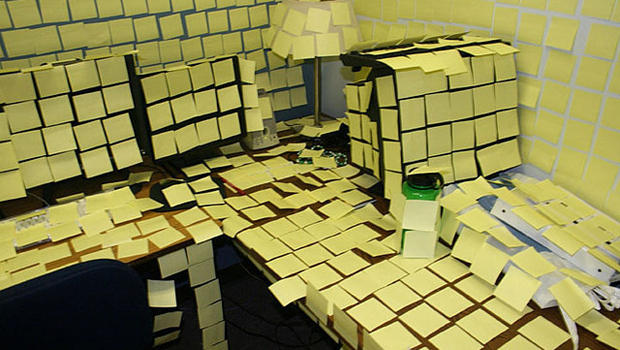 Formally known as All Fool's Day, its origins are lost in time. Some date it to the ancient Roman springtime festival known as Hilaria. Others date it to 1582, when the new Gregorian calendar moved New Year's Day from April 1 to January 1, making anyone who still celebrated it on the old date a fool!

However foolish it may be to pinpoint the day's origins, it's even more foolish yet to try to catalog all the pranks it has inspired.

In 1957 the BBC ran a classic report on the Italian spaghetti harvest:

… And followed up in 2008 with this April Fool's report on penguins by Terry Jones in Antarctica:

Here at home, airline passengers landing in Los Angeles on April 1, 1992 were greeted by a huge banner saying: "Welcome to Chicago."

And in 1996, Taco Bell ran newspaper ads claiming it had purchased the Liberty Bell and renamed it the "Taco Liberty Bell."

So which prank will make the headlines THIS year?