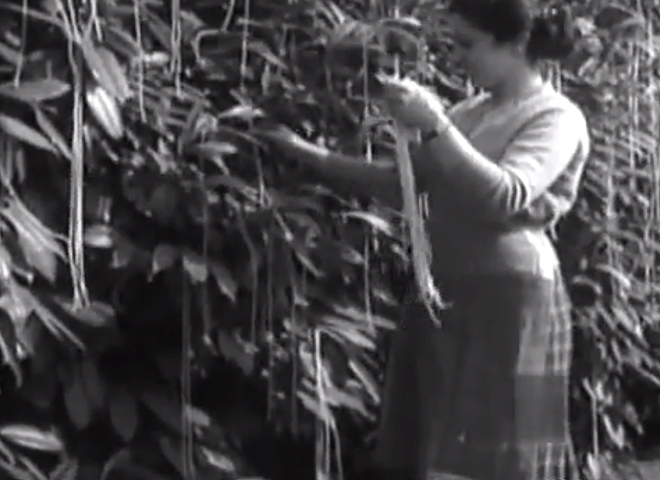 (CBS News) The following April Fools' Day hoaxes are presented for informational purposes only. Do not attempt these at home.

You would never think the stiff upper lips of the BBC's news department would stoop to pulling one over on the British public. But on April 1, 1957 the respected news program "Panorama" broadcast an unusual agriculture story: Footage of Swiss farm workers pulling strands of pasta off of trees illustrated a report about the elimination of the "spaghetti weevil," allowing for a booming pasta harvest.

It started a tradition of fake news carried by the Beeb on April Fools' Days, including advances in the technology of "smellovision"; the face of Big Ben being replaced with a digital clock; and an astronomer's contention that a planetary alignment would weaken Earth's gravitation pull, allowing people to jump really high.

The BBC's documentary unit has stunned audiences around the world with their awesome nature photography, traveling to the ends of the Earth to witness spectacles no one has ever seen before. And in 2008 the BBC presented evidence of a fascinating new step in evolution: A recently discovered colony of flying penguins, which migrates thousands of miles from the Antarctic to bask in the topical climes of a rain forest.

That the film clip was a clever piece of computer animation might have been less apparent a joke had the film's presenter not been Terry Jones of fabled comedy group Monty Python.

Below: The BBC parts the curtain to reveal how they created the flying penguins video.

3. A baseball pitcher too good to be true

"I never dreamed a baseball could be thrown that fast. The wrist must have a lot to do with it . . . "

That, and the imagination of writer George Plimpton, who wrote an expose in Sports Illustrated in 1995 about a New York Mets pitching prospect who had been kept under wraps. Sidd Finch, a 28-year-old who had learned at the feet of Tibetan mystics and mastered "siddhi" (the yogic mastery of mind and body), had a fastball which was recorded at 168 mph.

The front office was shocked at his performance at training camp - and thrown into bewilderment when Finch said he was still deciding between a major league career and studying the French horn.

After hundreds of letters were received by the magazine, a press conference was held (according to sources) in which Finch announced he'd lost his throwing ability. A week later, Sports Illustrated copped to the whole thing being an April Fools' gag.

4. The Biblical standard of pi

In 1998 the newsletter of New Mexicans for Science and Reason published an article stating the Alabama state legislature has passed a bill which would redefine the mathematical constant of pi as 3.0. According to state legislator Leonard Lee Lawson, the ratio of the circumference of a circle to its diameter was not 3.141592653589793 etc etc, but plain ol' 3, as verified by the Scriptures.

"The Bible very clearly says in I Kings 7:23 that the altar font of Solomon's Temple was ten cubits across and thirty cubits in diameter, and that it was round in compass," Lawson said. He believed it was important to codify pi as a nice round number "to return to some absolutes in our society."

Because one would assume the journalistic integrity of the New Mexicans for Science and Reason newsletter was beyond reproach, the story was picked up by the Associated Press and spread like locusts.

Google promised at its founding to "do no evil," but that didn't stop them from pulling pranks on April Fools, such as their 2000 announcement of its newly-devised Mentalplex Technology - a search mechanism that actually reads your mind when you want to search for something. (After all, keyboards are so 20th century.)

2. Peer into MentalPlex circle. DO NOT MOVE YOUR HEAD.

3. Project mental image of what you want to find.

See? So simple. Top that, Bing!

On April 1, 1974, residents of Sitka, Aka., awakened to an eruption from nearby Mount Edgecumbe, an extinct volcano about 13 miles west on Kruzof Island - unaware that the plumes of smoke drifting up from the mountain's summit were actually piles of burning tires planted there by soon-to-be-local-legend Porky Bickar.

Bickar said later he had planned his stunt for years but was often thwarted by bad weather until 1974, when he and a compatriot dropped about a hundred tires from a helicopter, then lit them on fire. He also thoughtfully left a message imprinted in the snow: APRIL FOOL.

At least they got FAA approval in advance for their flight, and Bickar - a member of the police commission - warned Sitka Police as well. But they'd neglected to warn the Coast Guard, leading to some consternation on the part of the military.

On April 1, 1989, the Seattle-based comedy show "Almost Live" broadcast a special news report announcing the collapse of the Space Needle. The show's art department contributed some pre-Photoshop images of the collapsed tower. KING-TV's station management gave its blessing provided a banner identified the news as an April Fools joke, but that didn't stop a flood of calls to the station's switchboard and 911 dispatchers, with medical personnel volunteering to travel to Seattle to assist with casualties.

Americans have become inured to sports stadiums being named after corporations that have NOTHING to do with sports. (O.co Coliseum, anyone?). So why shouldn't naming rights be sold off on America's greatest treasures to help balance the federal government's books?

On April 1 1996, full page newspaper ads announced that Taco Bell has purchased the Liberty Bell and renamed it the Taco Liberty Bell.

"While some may find this controversial, we hope our move will prompt other corporations to take similar action to do their part to reduce the country's debt," the ad said.

The fast food chain was quick to assure Americans that their access to the Taco Liberty Bell would not be hindered.

Thousands of people called the headquarters of Taco Bell and the offices of the National Park Service, but were assured that it was a prank.

Imagine wondering how you were to afford replacing your black-and-white TV set with a brand new color set, then learning that using a common item found around the house - nylon stockings! - to cover the screen will allow you to see your favorite shows in living color!

On April 1, 1962, Sweden's Sveriges Television hosted a "technical expert" who offered a way for viewers to convert their black-and-white TV sets' pictures into color: Drape a nylon stocking over the screen, so that the prismatic qualities of the nylon mesh will refract light waves in the proper way (although they added that moving your head back and forth will help the effect). How many stockings were ruined by hopeful Swedish viewers?

Watch the demonstration here. Even if you don't speak Swedish, you can probably feel your leg being pulled.

The Whopper may be so big you need two hands to eat it, but for non-ambidextrous customers who were heretofore disadvantaged by having to consume burgers in a right-hand-dominant society Burger King had the answer: The Left-handed Whopper.

In 2008 full page ads and press releases announced the new dining choice for lefties, in which placement of condiments like pickles was rotated 180 degrees, "thereby redistributing the weight of the sandwich so that the bulk of the condiments will skew to the left, thereby reducing the amount of lettuce and other toppings from spilling out the right side of the burger."

Southpaws could now enjoy their burgers with as much ease as their right-handed fellow citizens. But despite reports of many people earnestly asked for the new sandwich, Burger King later released a statement saying it was all a cruel joke.

11. The return of Richard Nixon

In August 1974 Richard Nixon resigned from the presidency in disgrace and retired to private life, seeking rehabilitation as an elder statesman and author of policy tomes. But book sales will only take you so far. On April 1, 1992, NPR's "Talk of the Nation" featured an interview with the president saying he would throw his hat back into the ring - apparently willing to be "kicked around" a little more.

"I never did anything wrong, and I won't do it again," said Nixon (or actually, Nixon impressionist Rich Little).

Congress has made some ridiculous assumptions about the Internet - i.e., tubes - so it's perhaps not surprising that people believed a 1994 column by PC Computing Magazine's John Dvorak about a Senate bill that would have banned drunken driving on the then-under-construction information superhighway. "Congress apparently thinks that being drunk on a highway is bad no matter what kind of highway it is," Dvorak wrote. Switchboards on Capitol Hill lit up, but fortunately for web surfers ever since such a bill was a fantasy.

Raising the hopes of many on April 1, 1993 was a China Youth Daily article announcing that Chinese with doctorate degrees were exempt from the country's strict one-child limits, in the belief that the assumed-to-be-brighter progeny would cut down the nation's need to invite experts from abroad. Wire services reported the joke article as true.

On April 1, 1995 the Irish Times announced that the Walt Disney Corporation had entered into an agreement with the Russian government to purchase the embalmed remains of Vladimir Ilyich Lenin, to put on display at the Euro Disney theme park.

The founder of Bolshevism and the driving force behind the creation of the Soviet Union would be given "the full Disney treatment," the article promised, with strobe lights and T-shirt sales.

The Sun newspaper published an article on April 1, 2008 stating that French President Nicholas Sarkozy would undergo "pioneering stretch surgery" in order to boost his height from 5 feet 5 inches to 5'10" - so as to be an inch taller than his wife, model Carla Bruni.