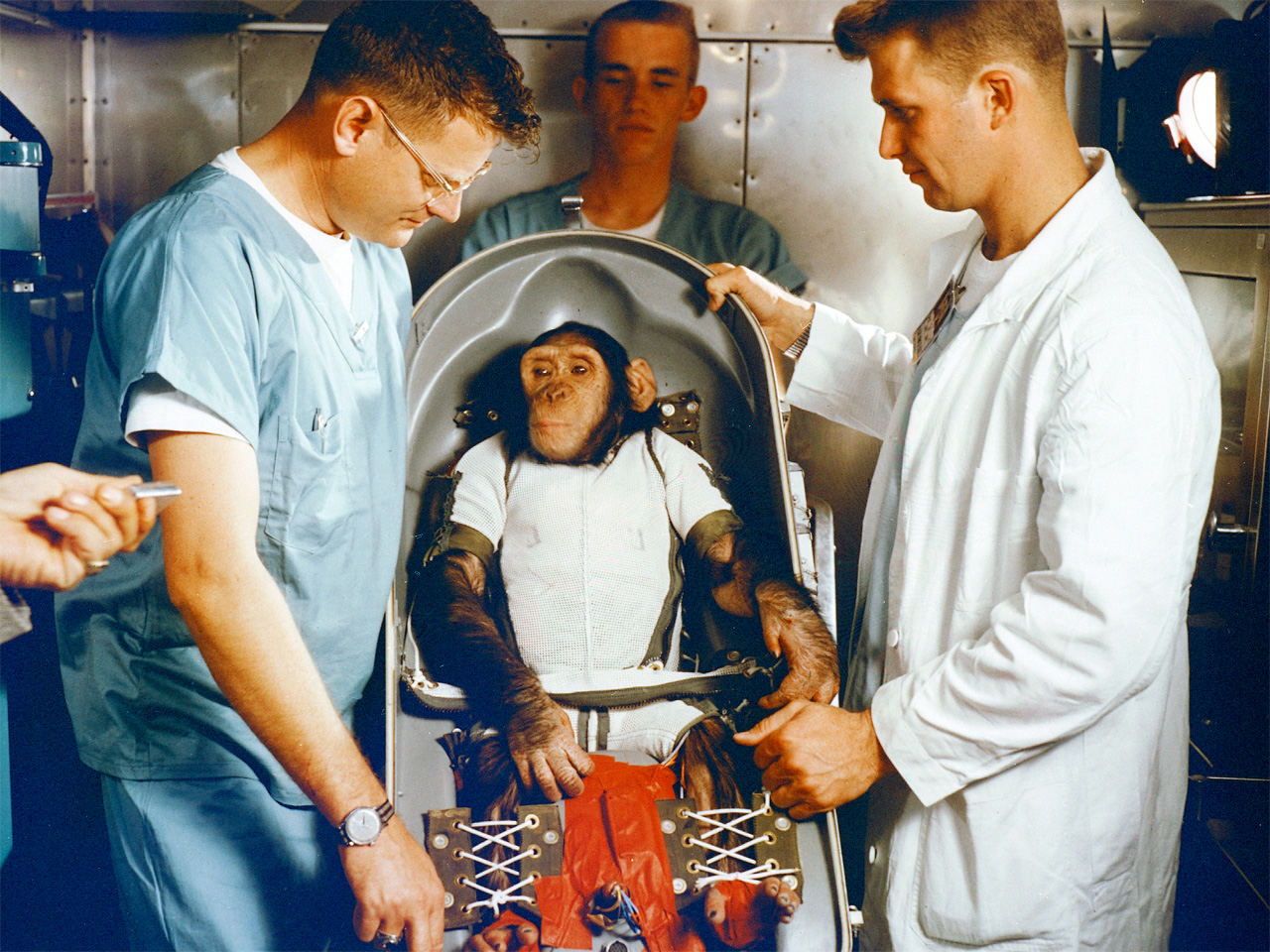 And now a page from our "Sunday Morning" Almanac: January 31st, 1961, 55 years ago today ... the day a chimpanzee would boldly go where no man had gone before.

For that was the day NASA loaded Ham the chimp into a Mercury capsule for a sub-orbital rocket ride from Cape Canaveral.

It was a trial run ahead of America's first manned space mission.

The rocket lifted off just before noon, but within a minute began veering higher than intended. Instead of a maximum altitude of 115 miles, Ham soared 157 miles up.

The ground crew monitored his vital signs as he experienced both more weightlessness and stronger G forces than planned.

In the end, Ham's capsule overshot the designated Atlantic Ocean landing spot as well by more than 100 miles.

But. trooper that he was, Ham was recovered in good physical shape.

The trail he blazed was followed within months by Russian cosmonaut Yuri Gagarin and American astronaut Alan Shepard.

As for Ham, he became an instant simian celebrity, and went on to enjoy a lengthy second career on solid ground at the National Zoo in Washington. He died in 1983 at the age of 26.

Far from forgotten, a plaque now marks Ham's grave at the New Mexico Museum of Space History in Alamogordo.

Nature up close: Our javelina scare