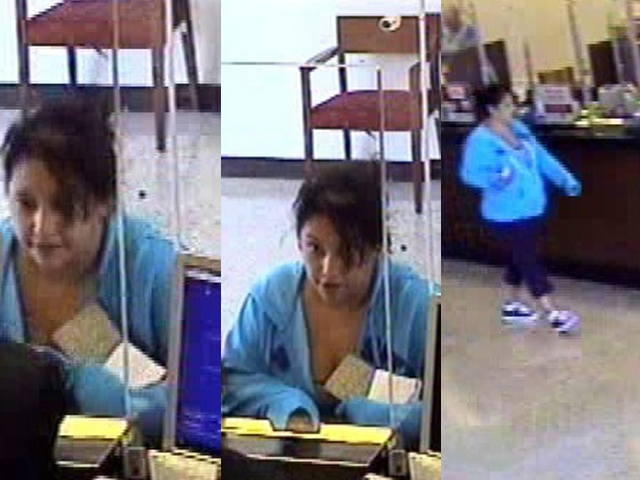 Agents acting on a tip arrested 38-year-old Sylvia Helen Garcia on Thursday night near her home in Downey, according to FBI spokeswoman Laura Eimiller.

Authorities say she's believed to be the woman who robbed banks in Los Angeles, Orange and Riverside counties.

Authorities say she would hand the teller a note demanding case and would claim an accomplice was waiting outside, although none was ever seen.

The most recent holdup took place Monday at a Bank of America branch in Downey.

Authorities aren't saying how much money the bandit made off with. According to CBS Los Angeles, only six of her eight robbery attempts were successful.

CBS Los Angeles reports that the suspect was nicknamed "Plain Jane" based off the descriptions given by witnesses.