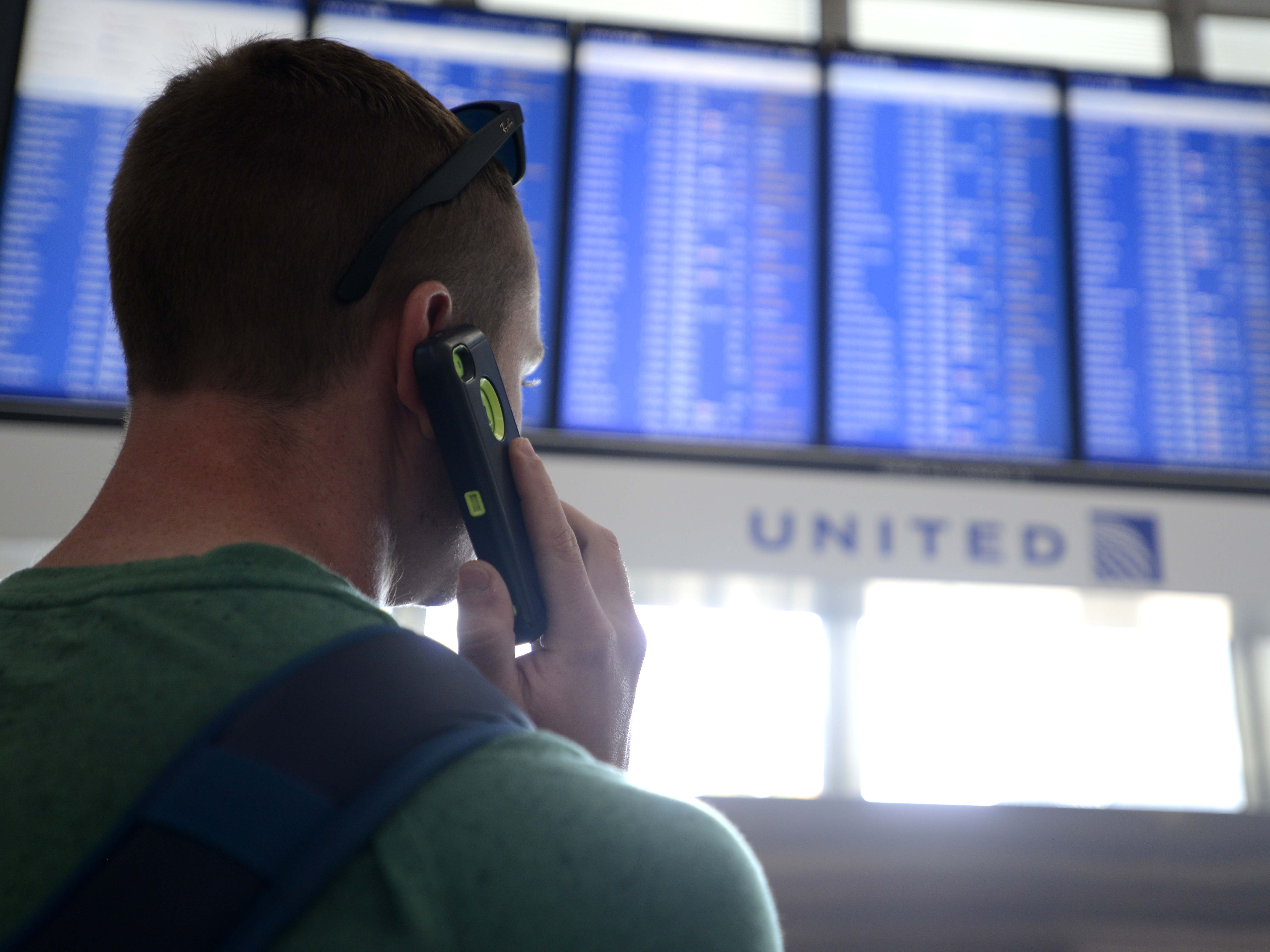 CHICAGO - The man who allegedly sabotaged the air traffic navigation center in Aurora, Ill. has admitted that he was high when he decided to set the computer server racks on fire, shutting down flight operations at Chicago's two major airports last week.

Howard, accused of torching the FAA radar center basement, described himself as "stoned and nervous" on Facebook minutes before authorities said he started the fire.

The damage shut down all the radar and communications systems and crippled air traffic for days in an out of O'Hare and Midway airports.

The former contract field technician has been charged with destruction of aircraft facilities.

"He made a tragic mistake," Howard's attorney, Ronald Safer, said on Monday after his client was ordered held without bond. "Only someone who's deeply troubled would do that."

Howard, a Navy veteran, had recently been told that he would be transferred to Hawaii and reportedly was disgruntled. He had worked for the Harris Corp. for the past eight years, modernizing communications equipment at FAA facilities but was fired after the arson incident.

Safer indicated his client's actions were a cry for help. He said Howard deeply regrets the air traffic disruption caused in the course of a suicide attempt.

"Friday morning, Brian tried to take his life. That he did so in a way that inconvenienced -- and more -- many, many people is unacceptable, and he deeply regrets that," Safer told reporters.

Prosecutors said Howard faces a maximum of 20 years and a massive fine if convicted.

Howard was at a west suburban hospital until he was discharged Monday morning for his appearance at the Dirksen U.S. Courthouse. In the courtroom, he wore green hospital scrubs and a bandage around his neck. Some of his family members were present but did not talk with reporters.

In a Facebook post sent prior to the fire being set at the FAA facility, Howard wrote that it, "...should not take a large toll on the air space since the comms should be switched to the alt location."

That might have been true, had the FAA developed a contingency plan for the Chicago center and other air traffic control centers, which would have transferred control almost instantaneously to other facilities if one went down.

"Absolutely should have had the capability to do it. It is not easy, but they have has all these years to do it," said Aaron Gellman, a transportation expert at Northwestern University.

But a controllers union officer and Chicago center veteran told CBS 2 on Monday that it was never done.

"These contingency plans were written at a time when we were working under a HOST computer at Chicago center and not an ERAM platform. The individual damaged an ERAM computer that we never put a contingency plan into place for," said Bryan Zilonis, the Air Traffic Controllers Union vice president.

There's also the security issue and the vetting of contract employees like Howard by the private government contractors who employ them.

Professor Gellman says that's a problem too. Gellman points out that Howard, Eric Snowden and the Navy Yard shooter were all vetted.

Levine sent an email to an FAA spokesman asking about increased security personnel as well as the controllers charges that there was no contingency plan.

They have not yet responded, but they won't be able to duck the questions forever. A spokesman for Senator Dick Durbin today said she was forwarding what the controllers told us to the inspector general probing the FAA's contingency plans.