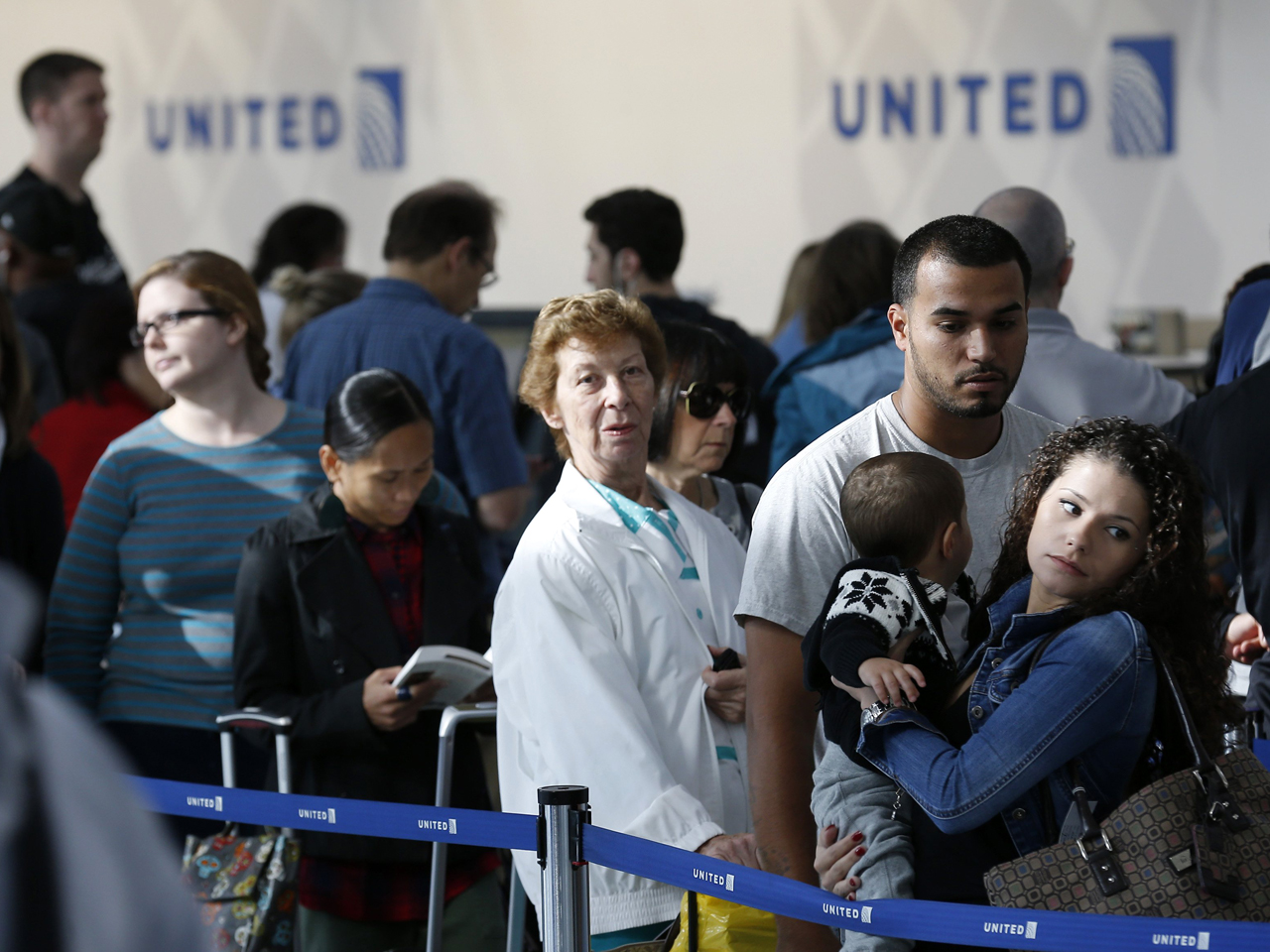 CHICAGO -- A contract employee suspected of setting a fire at a suburban Chicago air traffic control center brought two of the nation's busiest airports to a halt for hours Friday, sending delays and cancellations rippling through the air-travel network from coast to coast.

Authorities quickly ruled out any ties to terrorism, but the ground stoppage at O'Hare and Midway airports immediately raised questions about whether the Federal Aviation Administration has adequate backup plans to keep planes moving when a single facility has to shut down.

By evening, more than 2,000 flights in and out of Chicago alone had been canceled, and more cancellations were expected. A few flights began taking off and landing again after a nearly five-hour gap. But the planes were moving at a much-reduced pace, officials said, and no one could be sure when full service would resume.

Investigators emphasized that the contractor was authorized to be at the site.

The early morning fire forced the evacuation of the control center in Aurora, about 40 miles west of downtown Chicago. It was the second unexpected shutdown of a Chicago-area air-traffic facility since May.

Emergency crews found the man suspected of setting the fire in the basement, where the blaze began, with multiple self-inflicted knife wounds as well as burns to his body, said Thomas Ahern, a spokesman for the Bureau of Alcohol, Tobacco, Firearms and Explosives, which was taking part in the investigation. He was taken to a hospital and was expected to survive.

The suspect's name was not released and he continues to be interviewed at the hospital, the ATF said.

The man used gasoline as an accelerant, and there was fire damage to some wiring in the building, as well as water damage from the sprinkler system, Ahern said. Authorities were preparing to search the suspect's home in nearby Naperville. No charges have been filed, and authorities refused to release his name.

Another employee of the facility was treated at the scene for smoke inhalation. The flames were extinguished by 7 a.m., according to Aurora spokesman Dan Ferrelli.

When the center was evacuated, management of the region's airspace was transferred to other facilities, FAA spokeswoman Elizabeth Cory said.

But hours after the ordeal began, the region's air traffic was still a mess. The Aurora facility - which had become a crime scene - remained shut down while investigators scoured the site.

A control center in Indianapolis called in staff on overtime to patch together inbound and outbound routes for the Chicago area, said Douglas Church, a spokesman for the National Air Traffic Controllers Association labor union. But the process was slow and painstaking because there was no way for other Chicago-area controllers to send flight plans to computers in Indianapolis. That information normally gets routed through the Aurora facility.

"They have had to revert to entering flight-plan information on those aircraft into (their) system by hand," Church wrote in an email.

That led some observers to call for better backup plans.

"This is a nightmare scenario when we thought systems were in place to prevent it," said aviation analyst Joseph Schwieterman of DePaul University in Chicago. "Technology is advancing so fast that ... there's less of a need for air traffic control to be so geographically oriented. I think the FAA's going to find itself under a microscope."

The disruption was also likely to deliver a financial hit to airlines, Schwieterman said.

An FAA spokeswoman in Chicago did not respond to a request for comment about the agency's backup planning.

The shutdown quickly spread travel misery around the country, with airports as close as Milwaukee and as far as Dallas canceling flights. Online radar images showed a gaping hole in the nation's air-traffic map over the upper Midwest.

Passengers already in the air who thought they were going to Chicago wound up elsewhere. Flight-tracking services showed some Chicago-bound American flights doing loops over Michigan before diverting to Detroit.

Southwest Airlines said it was scrapping all of its flights at Midway and Milwaukee for the entire day.

At O'Hare, long lines formed at ticket counters, and some passengers simply gave up and returned home.

Brothers Glenn and Gary Campbell, of suburban Chicago, had planned to travel to the Orlando, Florida, area to attend their father's 80th birthday party. Instead, they settled for refunds.

"That it is so easy to disrupt the system is disturbing," said Gary Campbell, a carpenter from Crystal Lake, Illinois. "They need to see how to make sure this kind of thing doesn't happen again."

In May, an electrical problem forced the evacuation of a regional radar facility in suburban Elgin. A bathroom exhaust fan overheated and melted insulation on some wires, sending smoke through the facility's ventilation system and into the control room.

That site was evacuated for three hours, and more than 1,100 flights were canceled.

The Aurora facility, known as an enroute center, handles aircraft flying at high altitudes, including those approaching or leaving Chicago airports. Air traffic closer to the airports is handled by a different facility and by the control towers located at the airfields.

A computer glitch at a similar facility on the West Coast in April forced a 45-minute shutdown at Los Angeles' largest airport.