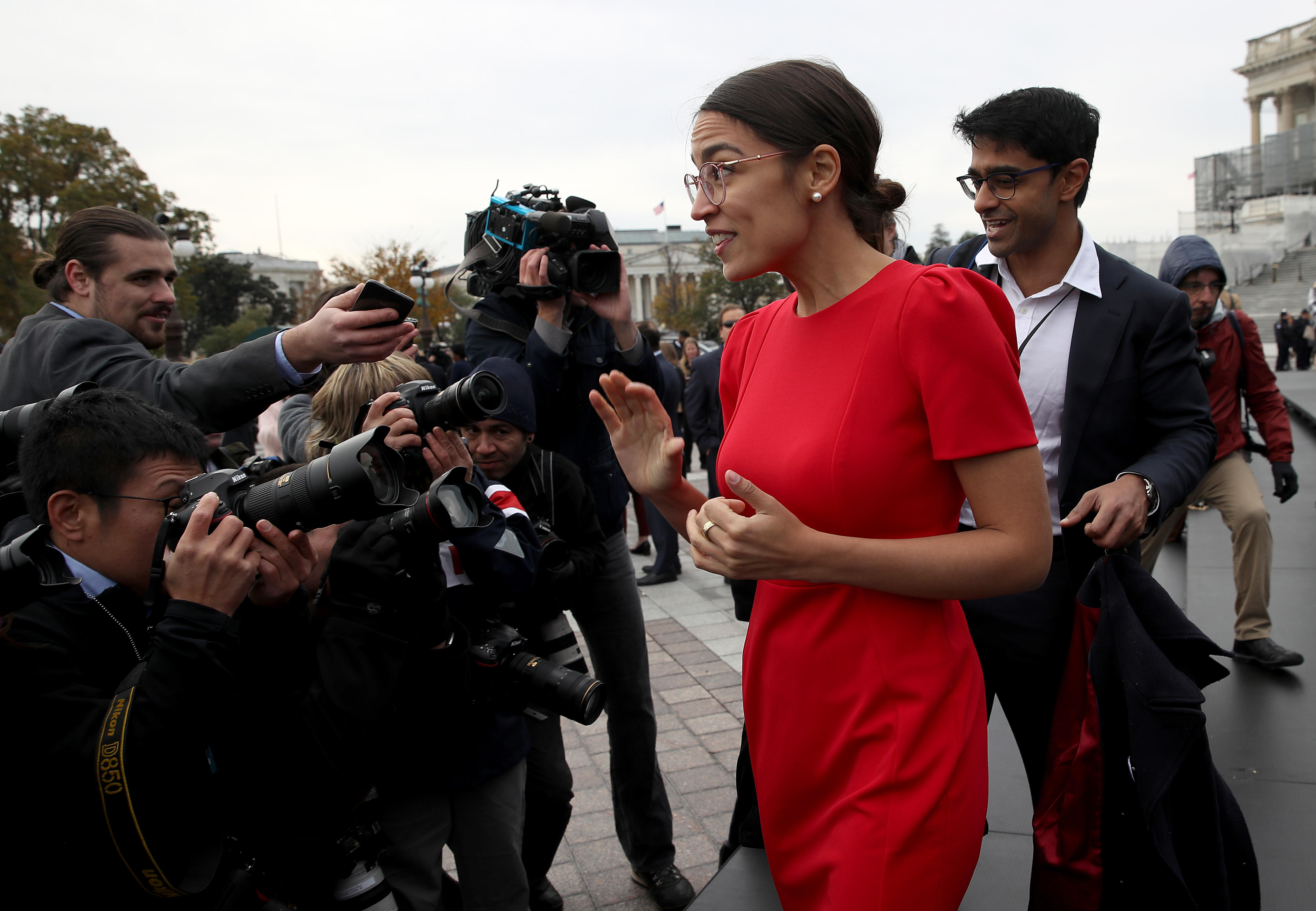 At 29 years old, U.S. Representative-elect Alexandria Ocasio-Cortez will be the youngest woman ever in Congress, but her first few days as an elected official have come with challenges — some of which have nothing to do with politics. As Capitol Hill holds orientation meetings this week, the incoming congresswoman said on Twitter that people keep mistaking her for an intern or someone's spouse.

Ocasio-Cortez, who will represent parts of Queens and the Bronx, rose to political stardom after challenging 10-time incumbent Rep. Joseph Crowley and defeating him in the Democratic primary earlier this year. In Washington, D.C., her fame hasn't stopped people from making assumptions about where she belongs.

"People keep giving me directions to the spouse and intern events instead of the ones for members of Congress," Ocasio-Cortez tweeted Wednesday.

When a critic pointed out there were no scheduled intern events that day, she offered a sharp response.

"Last night I was stopped bc it was assumed I was an intern/staffer," she tweeted back. "Next time try believing women + people of color when they talk about their experiences being a woman or person of color."

"I STILL get stopped in the halls and confused for a spouse or an intern," said Meng, who is the vice chair of the Democratic National Committee. "This is what happens when you're a young WOC in Congress -- but it shouldn't," she wrote, using an acronym for women of color. "I'm excited you're here, @Ocasio2018! Let's work to make this the new normal."

Ocasio-Cortez thanked her and responded, "Honored to join an NY delegation of strong women changing the norm."

Ocasio-Cortez has had an eventful week after winning last week's midterm elections. She revealed she can't afford an apartment in D.C. until her congressional salary kicks in. The congressional neophyte has led a charge to push for a climate plan and even joined a protest outside the office of Minority Leader Nancy Pelosi, who is vying to be the next Speaker of the House.

She also slammed Amazon's plans to build new HQ2 headquarters in Long Island City in Queens with generous tax credits and grants from the city and state.

What's behind the push for a fourth stimulus check
Christopher Brito