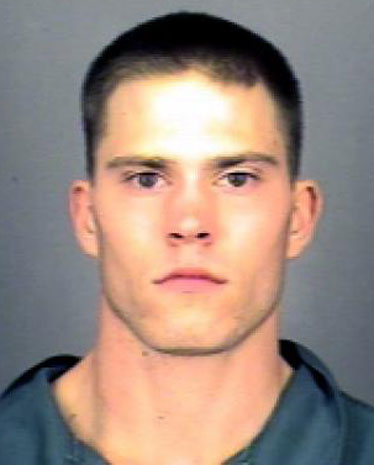 (CBS/AP) BUFFALO, N.Y. - Alexandra Kogut's boyfriend, Clayton Whittemore, told state troopers that he intentionally killed the 18-year-old college student, according to a criminal complaint. No motive was given.

Kogut's body was found shortly before 3 a.m. Saturday at the State University of New York College at Brockport, 15 miles west of Rochester. Campus police discovered Kogut's body after her mother called them concerned because she couldn't reach her, Monroe County Sheriff's spokesman John Helfer said. No one else reported hearing the attack, he said.

Whittemore, 21, was arrested at a Thruway rest stop near Syracuse about an hour later.

The cause of death was ruled blunt force trauma, Helfer said, but he declined to say whether a weapon was used.

Whittemore pleaded not guilty over the weekend to a count of second-degree murder and is being held without bail in Monroe County Jail. Telephone messages left at his family's New Hartford home and at his public defender's office weren't immediately returned Monday.

Kogut and Whittemore both lived in New Hartford, just south of Utica in central New York, and had attended the same high school.

"I know she loved him a lot," Heaton, 18, told the Associated Press by phone Monday. Heaton and Kogut, together with their mothers, had taken a trip to New York City just before heading off to college, Heaton said. Kogul gave no hint of trouble as the group shopped and saw "Phantom of the Opera" on Broadway, she said.

"She was texting him throughout the whole trip," said Heaton, who goes to Stonehill College in Massachusetts.

Kogut was majoring in communication, University President John Halstead said. A memorial service was scheduled for Monday night on campus, and Kogut's friends rallied others Monday to wear purple to raise domestic violence awareness, and her family mourned the loss of a "bright, beautiful young woman" one month after sending her off to school.

A day before the Brockport slaying, the union representing SUNY police issued a "student safety alert" after what they said was months of escalating security concerns on campus ignored by SUNY.

For more than six months, the union has pressed for better training, weapons, equipment and a higher state of alert before and during a string of three violent attacks on and around state campuses in Buffalo and Albany.

SUNY spokesman David Doyle said SUNY had been investigating and discussing the concerns and a major meeting with union members is in the works, but that has been delayed after the system's top administrator left the job.

SUNY Brockport dormitories are locked at all times and residents swipe identification cards to gain access, spokesman John Follaco said. Guests must be signed in, he said, adding that all procedures had been followed in Whittemore's case.

Whittemore enrolled at Utica College in the fall of 2011 and was an accounting major, Utica College spokesman Kelly Adams said. He said college policy prevented him from discussing whether Whittemore had ever been in trouble on campus, which is just a couple of miles from where the pair grew up.

Whittemore had been arrested for disorderly conduct and public intoxication in Brevard County, Fla., in January 2011, the Utica Observer-Dispatch reported.

A Facebook page set up in Kogut's honor had hundreds of messages of condolence Monday.