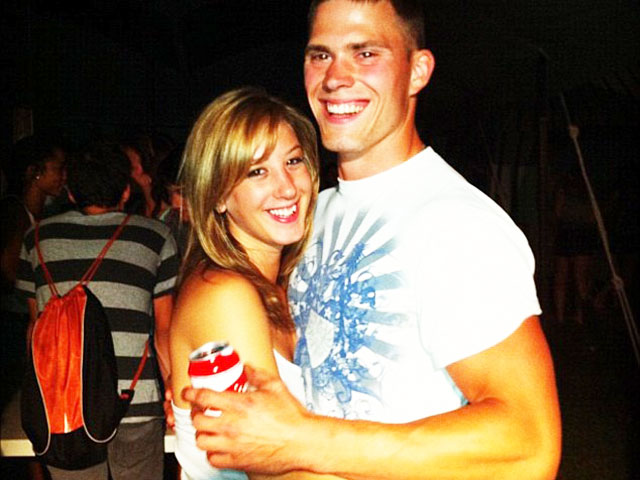 (CBS/AP) Brockport, N.Y. -  At 12:13 p.m. on Saturday, just hours before she was found murdered in her dorm room, New York college student Alexandra Kogut, 18, sent out her last message on Twitter, reports the Utica Observer-Dispatch. It read: "Should've known."

Kogut's badly beaten body was discovered just before 3 a.m. Saturday in her college dorm at the State University of New York College at Brockport. Her boyfriend, Clayton Whittemore, 21, was captured at a rest stop around 4 a.m. He has pleaded not guilty to second-degree murder and is being held without bail.

According to the Observer-Dispatch, two days before her death, Kogut tweeted "Ahhh see you sooon !! :)" in anticipation of Whittemore's weekend visit.

Earlier in September, Kogut tweeted "So excited for @Whittemore21 to come to Brockport Saturday and bring me half moons," reported the paper. Kogut's Twitter account has since been taken down. On September 9, Whittemore tweeted "@a_kogut miss you too sweetheart." And on August 23, Kogut "favorited" a tweet by Whittemore that read "You might be leaving physically but you will still be right here in my heart."

According to the paper, Kogut and Whittemore were both athletes at New Hartford High School in New York. She was on the swim team and he played hockey. Kogut was a freshman majoring in communications at SUNY Brockport at the time of her death.