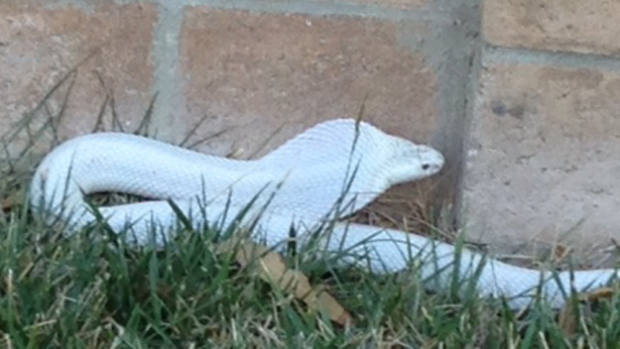 THOUSAND OAKS, Calif. -- Southern California animal control officers are hunting for a venomous cobra that bit a dog and then slithered off into a suburban neighborhood.

CBS Los Angeles reports that the attack happened Monday in the backyard of a home in Thousand Oaks.

The dog was taken to an animal hospital in critical condition.

Arsinian says albino monocled cobras are illegal to own.

The snakes are common in southeast Asia and can grow to more than 4 feet long.