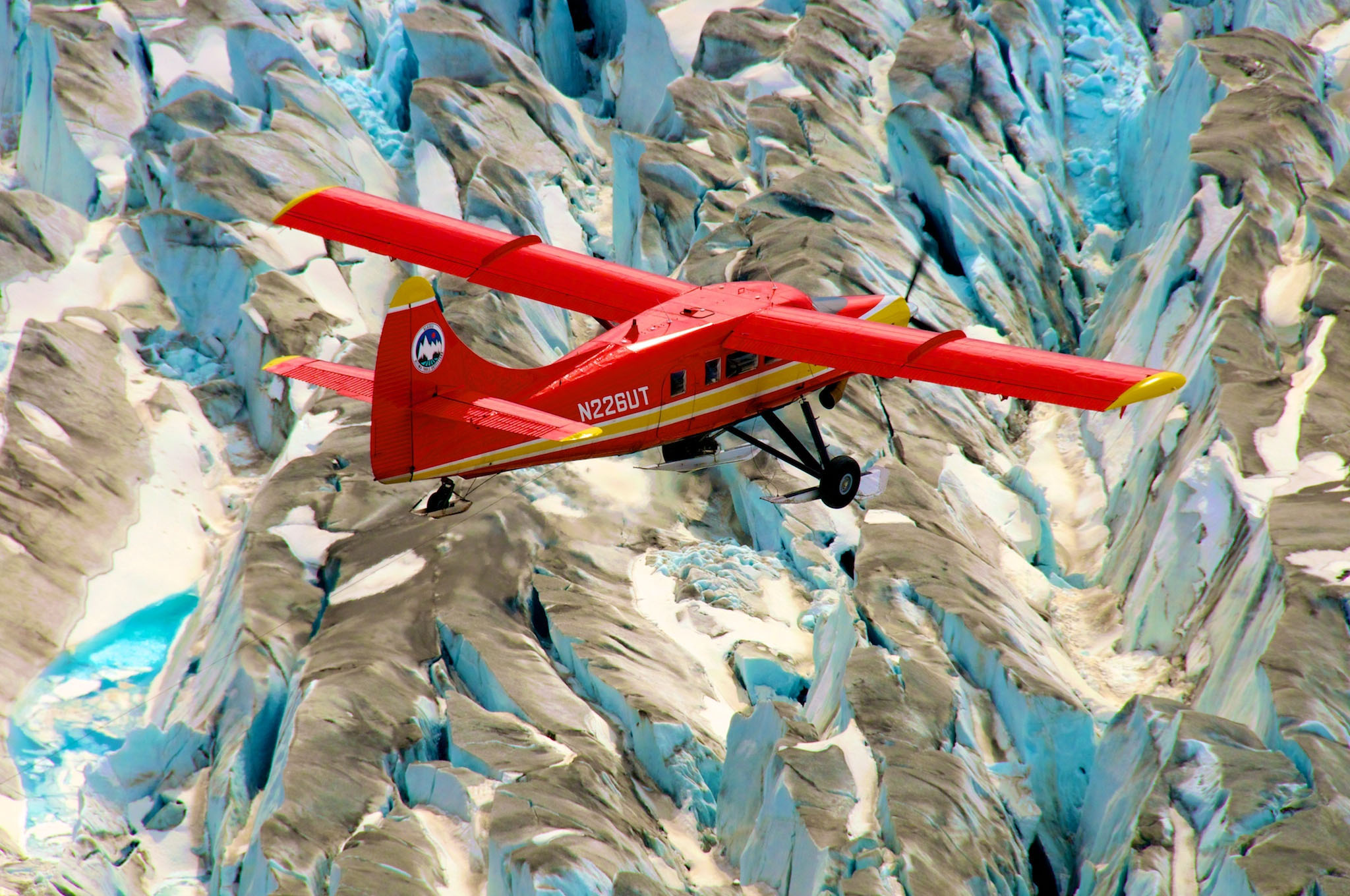 Glaciers in Alaska often get second billing to the mountains of ice in the Himalayas or those in Patagonia.

But a new study out Wednesday suggests these glaciers are suffering the same fate as their more famous brethren and are already punching far above their weight when it comes to their contribution to sea level rise.

The study in the Geophysical Research Letters, a journal of the American Geophysical Union, found Alaska's glaciers have sent 75 gigatons (billions of tons) of water into the ocean every year for the past 19 years and helped increase sea levels by two-tenths of a millimeter on an annual basis.

This amount of sea level rise might seem inconsequential. But taken over seven years, this volume of melting would cover the entire state of Alaska in a foot of water.

"There is still a lot ... of ice in Alaska, but it's making a large contribution to sea level (rise)," Anthony Arendt, one of the authors from the Polar Science Center University of Washington, told CBS News. "Relative to other glacier-covered areas of the globe, Alaska (glaciers) are losing mass rapidly."

The Alaska glaciers are parts of a network of mountain glaciers that collectively only hold 1 percent of the Earth's glacial ice volume. Most of it is found in the ice sheets of Antarctica and Greenland.

Still, melting mountain glaciers are responsible for a third of the sea level rise, with another third blamed on Antarctica and Greenland and the rest due to thermal warming. And thanks in part to melting glaciers, the current sea level rise rate - which started in 1990 - is 2.5 times faster than it was from 1900 to 1990.

And of that third, Alaska was believed to have been responsible for about 25 percent - even though it only represents 11 percent of the area of mountain glaciers. A major reason for this is that Alaska has seen record warm temperatures of late and its glaciers are at much lower altitudes than those in Asia or Latin America.

Quantifying the rate of melting and which Alaska glaciers were most vulnerable to climate change has proven tricky over the years.

"Alaska has been identified for years as a big contributor in global sea level rise, but until now we have not had a clear understanding of the processes responsible for the rapid changes of these glaciers," said Shad O'Neel, a co-author of the new paper and a geophysicist with the USGS Alaska Science Center in Anchorage.

To get a clearer idea, the authors combined aerial surveys using Lidar observations with a new mountain glacier inventory that characterizes the size and shape of every glacier in the Alaska region, which includes the glaciers of Alaska, southwest Yukon Territory and coastal northern British Columbia.

The team analyzed 116 glaciers in the Alaska region across 19 years to estimate ice loss from melting and iceberg calving.

Along with quantifying the amount of melting, the researchers were able to compare melt rates of glaciers that end on the land, and those that end in lakes or the ocean, referred to as calving or tidewater glaciers.

It turns out that the calving glaciers on the water appear to be retreating less than those inland.

"Our results show the regional contribution of tidewater glaciers to sea level rise to be almost negligible," Chris Larsen, a research associate professor with the Geophysical Institute at the University of Alaska Fairbanks and the lead author on the study. "Instead, we show that glaciers ending on land are losing mass exceptionally fast, overshadowing mass changes due to iceberg calving, and making climate-related melting the primary control on mountain glacier mass loss."

Some of that comes down to the fact that these tidal glaciers have retreated so much in the past. The Columbia Glacier in Prince William Sound, for example, has retreated more than 12 miles mostly because of iceberg calving and thinned by more than 1,500 vertical feet since 1980.

Looking further out, the trend does not bode well for Alaska and efforts to contain sea level rise. As temperatures warm, these land-based glaciers will continue melting - although this study does not say how much or when they might disappear.

"The reason that is important is because the models we have about climate into the future all agree that temperatures are going to rise in Alaska," Arendt said. "So, if we know right now the glaciers are quite sensitive to that surface melting, that indicates that more temperature rise will lead to more melting in the future."

The melting could also disrupt ecosystems in Alaska, Arendt said.