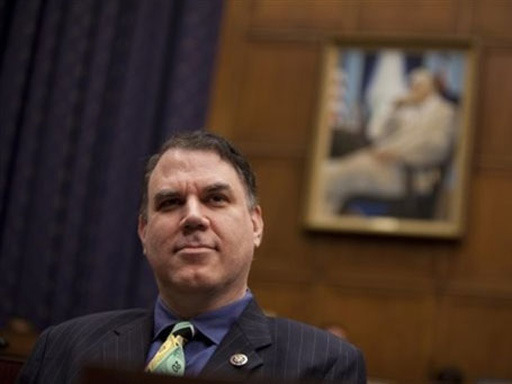 "We need somebody who's gonna stick up for what's right. Somebody with guts," Grayson told WFTV on Monday.

In a Monday night campaign email, Grayson emphasized health care and home ownership issues as tenets of his platform.

"For the four million people in Florida who can't see a doctor when they are sick, and the fifty million nationwide, I'm in," he wrote. "For the 70% of all homeowners in Orlando who owe more than they own on their home, and the 25% nationwide who are 'underwater,' and feel like they are drowning, I'm in."

Grayson inspired controversy in 2010 after making a number of contentious statements in the lead-up to the 2010 campaign - both on the House floor and in advertisements attacking his opponent.

Perhaps most infamously, Grayson accused Republicans of callousness regarding their health care program: "If you get sick, America, the Republican health care plan is this: Die quickly," Grayson said in a heated speech on the House floor in 2009.

The Florida Democrat also took heat for a controversial 2010 campaign ad, in which he nicknamed his opponent "Taliban Dan" and manipulated video footage to make a misleading point about his opponent's views.

Grayson, however, credits a different reason for his loss in the 2010 elections.

"What went wrong with my campaign, and Democratic campaigns all over the country, is that Democrats didn't vote," he said.

Grayson, who filed the official paperwork on Monday, said he decided to run again because of outreach from supporters. He says he has already raised $100,000 from donors.

Whether or not he will be running for the same seat, however, remains to be seen: Due to redistricting plans in Florida, the ousted lawmaker could end up running for a newly-created seat in Orlando.