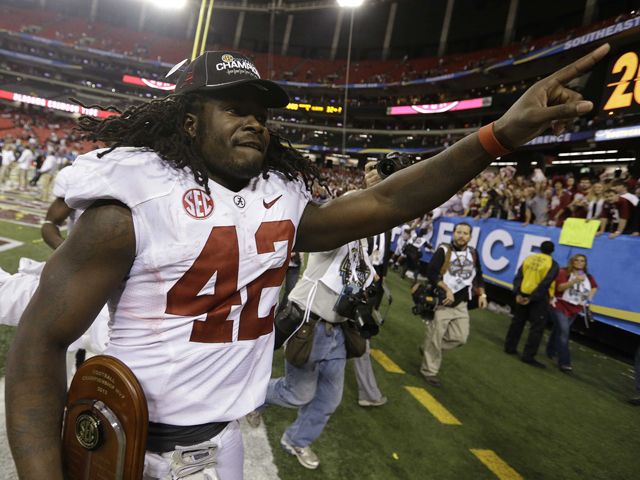 Lacy and Milliner announced their plans to skip their senior seasons Friday at a news conference. Coach Nick Saban says Fluker couldn't be there but made the same decision.

Milliner is considered a potentially early first-round pick. He had two interceptions and 22 pass deflections.

Lacy was MVP of the national championship game after rushing for 140 yards and scoring two touchdowns.

The 6-foot-6, 335-pound Fluker started 35 games for the Tide and was a second-team Associated Press All-American.

Fluker is regarded as likely early round selections.