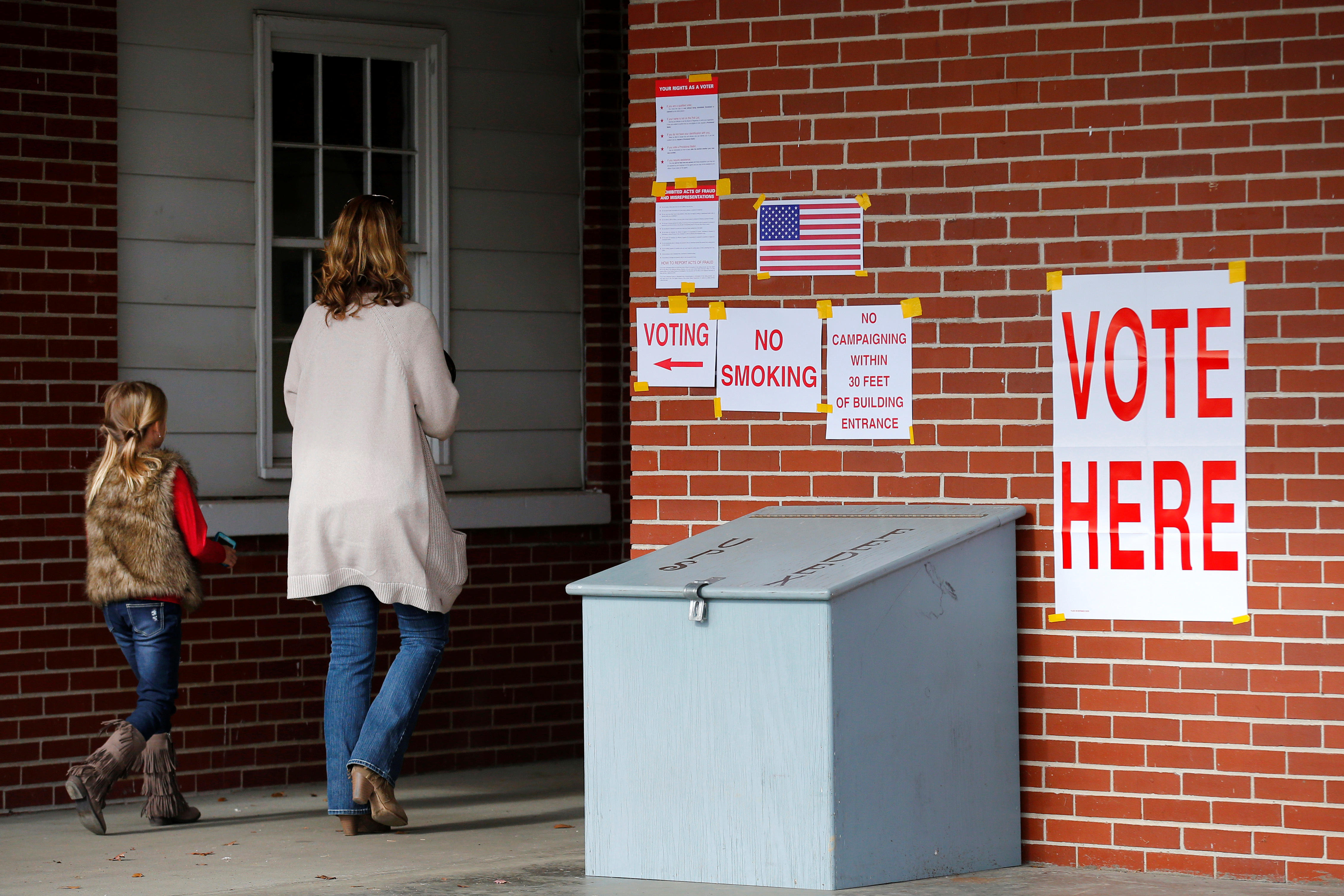 Most voters casting ballots in Alabama's special election for U.S. Senate say they decided on their candidate some time ago, according to early exit polling. Six in 10 made up their minds before November – largely prior to when allegations of sexual misconduct surfaced against Republican candidate Roy Moore. Still, nearly four in 10 say they made their decision in November or after that, including about one in five who decided this month. About 10 percent of voters of decided in the last few days and they are choosing Moore (56 percent) over Jones (37 percent).

Moore is facing off against Democrat Doug Jones.

So far, African Americans make up roughly 30 percent of the electorate. If it holds it would slightly surpass the 28 percent who turned out to vote in Barack Obama's bid for re-election in 2012. More than nine in 10 blacks are voting for Doug Jones.

Republican Roy Moore has managed to retain strong support of members of his own party (91 percent) , as well as the strong support of conservatives and whites - particularly white evangelicals (8 in 10 are backing him). Most white evangelicals thought the sexual misconduct allegations against Moore were false.  Republican women are backing Moore (90 percent), and most said the allegations against him were false.

Democrat Doug Jones is getting strong support from his party (98 percent). He also has the support most younger voters, liberals and moderates.

Right now, more voters have a favorable opinion of Jones (50 percent) than say that about Moore (41 percent). This breaks along party lines with most Democrats having a favorable opinion of Jones, while most Republicans view Moore favorably. But about one in five Republicans view Moore unfavorably, compared to just 2 percent of Democrats who feel that way about Moore.

Fewer than one in 10 Republicans crossed party lines to vote for Doug Jones, but Jones has a slight edge among independents.

President Trump – who is publicly supporting Roy Moore – seems to be a more important factor to Moore's voters than those who are voting for Doug Jones.  While nearly six in 10 Moore voters say one reason for their choice is to express support for Mr. Trump, most of Jones' supporters say the president was not a factor in their decision -- either way.

Slightly more Alabama voters do prefer the U.S. Senate be controlled by the Republican party than by the Democratic party.

Senate Majority Leader Mitch McConnell is not popular in Alabama – about 69 percent of voters view him unfavorably.  McConnell has said that Moore should have dropped his Senate bid, over the allegations involving teenage girls. Both major political parties are viewed unfavorably by more than half of Alabama voters.