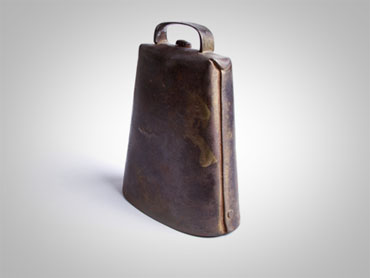 "The blessed London attack was one which al Qaeda was honored to launch against the British Crusader's arrogance and against the American Crusader aggression on the Islamic nation for 100 years," al-Zawahri said in the tape aired on Qatar-based al-Jazeera TV.

"In their final testament, the heroic brothers in the London attacks ... provided great lessons to the Islamic nation and Muslims in Pakistan to oppose the infidels," said al-Zawahri, who was shown in the tape wearing a turban and speaking to someone who was interviewing him off camera.

In another tape aired Sept. 2, al-Zawahri, who is thought to be hiding along the rugged Afghan-Pakistani border, issued a veiled claim of responsibility for the attacks that also killed the four bombers.

"This blessed attack revealed the real hypocritical face of the West," said bushy grey bearded al-Zawahri, who wore a black vest over a white shirt in the tape.

Shortly after the London underground and bus bombings, two militant Islamic groups said they were responsible, but both had made dubious claims in the past.

A spokeswoman for London's Metropolitan Police said she had no immediate comment on al-Zawahri's tape.

The tape, five minutes of which were shown, was apparently made recently as he referred several times to Sunday's parliamentary elections in Afghanistan, which he said were held "under the terror of the lords of war," an apparent reference to the country's government.

Al-Zawahri also criticized the British government's plans to deport firebrand cleric Abu Qatada and nine other Islamic extremists detained in Britain in the wake of the July 7 bombings.

In his tape, al-Zawahri claimed British authorities were planning to hand over Abu Qatada and nine others to their respective countries despite London's belief "that they will be subjected to torture and possibly death if deported."

The Egyptian-born al Qaeda deputy also denounced U.S. demands for political reform around the world, including in Islamic countries, saying "there is no reform without jihad (holy war) for the sake of God and any call for reform without jihad will eventually be greeted by death and failure."

"Our enemies will not give us our rights without Jihad," he said. "The Americans will not allow any Islamic regime to take power in the heart of the Islamic world unless it is a regime collaborating with them like what happens in Iraq."

Al-Jazeera did not air the rest of the tape, but an anchorman said al-Zawahri claimed that the United States and Britain were not revealing the true count of their soldiers killed or wounded in Iraq and urged Islamic insurgents there unite.

The spokesman for the station, which has aired numerous al Qaeda tapes and statements in the past, was not immediately available for comment.

The al-Jazeera anchor also criticized Pakistan's close ties with the United States and the closure of Islamic schools in Pakistan. One of the London suicide bombers visited a Pakistani seminary believed linked to one of that country's most-established Islamic militant groups, Lashkar-e-Taiba.

Some hardline Pakistani schools are also thought to be a source of recruits for Taliban rebels fighting U.S. forces in Afghanistan and Indian security forces in Kashmir and fomenting sectarian rivalries between Sunnis and Shiites in Pakistan.

After the London bombings, Pakistani President Gen. Pervez Musharraf vowed to deport 1,400 foreign students from madrassas, modernize the schools and shut those that spawn "sectarian hatred and militancy" renewing a similar promise made in January 2002 after the Sept. 11 attacks, when he abandoned Pakistan's support of the Taliban and backed the U.S.-invasion of Afghanistan.