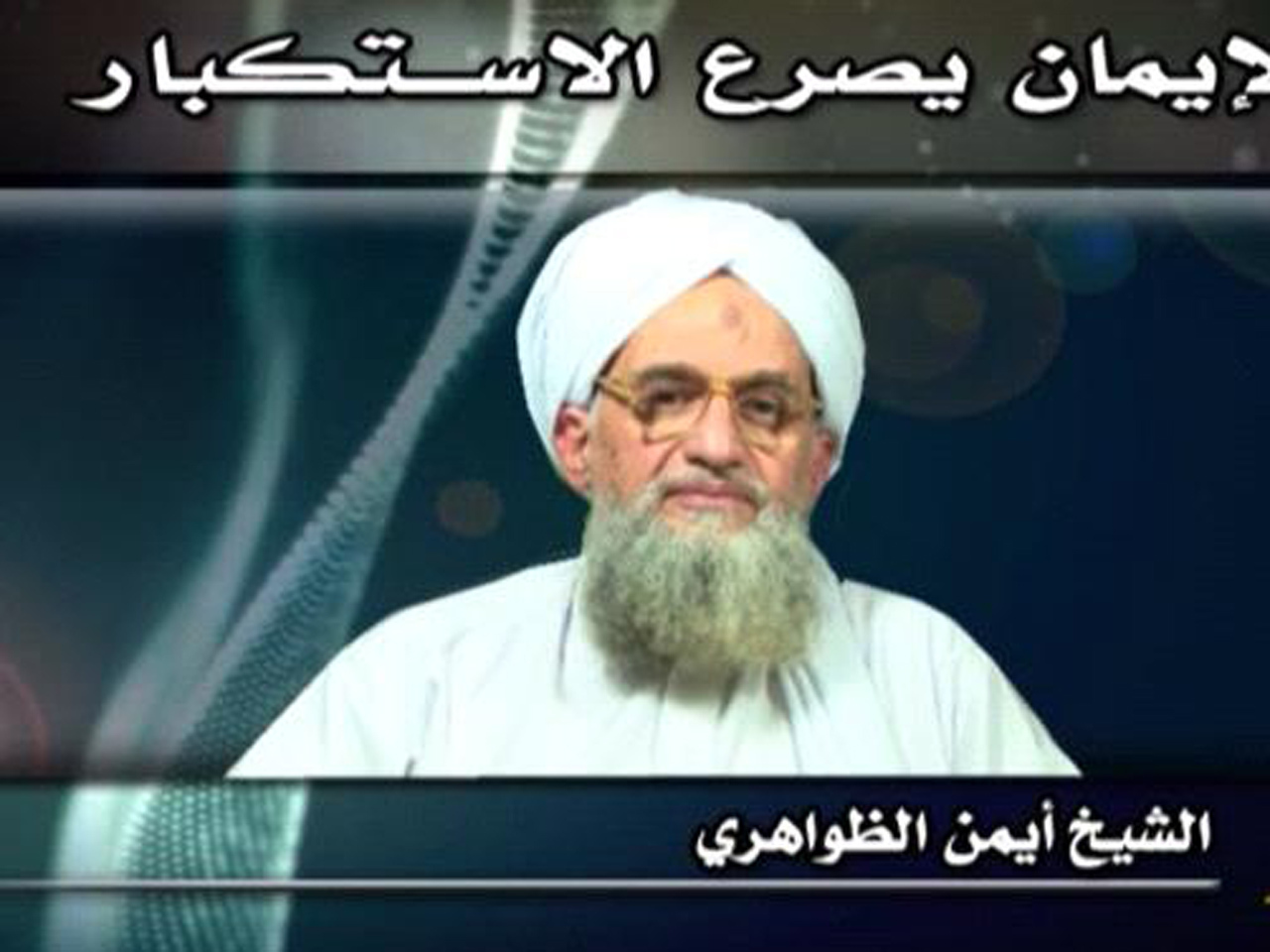 LONDON Al Qaeda chief Ayman al-Zawahri has called on Muslims to continue attacking Americans on their own soil in order to "bleed" the U.S. economy.

"To keep up the hemorrhage in America's security and military spending, we need to keep the Unites States on a constant state of alert about where and when the next strike will blow," Zawahiri said. "Keeping America on its guards only requires from us scattered strikes here and there."

While Zawahri's message focused primarily on promoting so-called "lone wolf" attacks, he also urged more strikes on the level of Sept. 11, which he called a punishment for "the U.S. continuous war on Islam and Muslims."

He also called on Muslims to kidnap westerners to trade for Muslim prisoners detained in the west.

CBS News senior correspondent John Miller, who worked previously at a senior level in the FBI and the office of the National Intelligence Director and once met Zawahri at a camp in Afghanistan, said Friday on "CBS This Morning" that Osama bin Laden's replacement and former deputy lacks his predecessor's communications skills, and his message may reveal a tinge of desperation.

"He's looking at the Boston Marathon bombing, which was a terrorist attack but rather small. He's seen the profound effect it's had on Boston and he wants more," said Miller. "To me, the tacit admission is that al Qaeda does not feel it's in the position, organizationally, do what it used to do, which is organize and launch it themselves."

"I think he lacks the charisma of bin Laden," added Miller. "He's an Egyptian pediatrician and he's a smart guy, but his message hasn't resonated."

Unlike previous messages released by al Qaeda to mark the anniversary of 9/11, Zawahri's message was relatively modest, including none of the usual file video of the actual attacks, no pictures of the Twin Towers in smoke in the background, and no recycled clips of the Sept. 11 plane hijackers.

It was instead limited to audio of Zawahri, who, just 17 minutes into the hour-and-12-minute recording, shifted topics entirely to issues surrounding the setbacks suffered by Islamist movements in the Middle East -- particularly countries where Arab Spring-inspired uprisings brought Islamist-friendly regimes to power.

Zawahri strongly criticized Egypt's military for toppling Muslim Brotherhood-backed President Mohammed Morsi in Egypt, but he diverted part of the blame toward the Muslim Brotherhood itself, for, in his words, failing to "rule in accordance to the Islamic Sharia" law.

"Mohammed Morsi was not ruling according to the Sharia and abided by all the security treaties with America as well as by the peace and normalization treaty with Israel," Zawahri lamented.

Many Islamists who were either jailed or forced to live in exile under the decades-long rule of Egyptian dictator Hosni Mubarak regained their freedom during or in the run-up to Morsi's brief tenure, either via retrials or presidential pardons. One of the men to reemerge was Zawahri's own brother, Mohammed Zawahri, who had been awaiting the death sentence.

He was acquitted in a retrial on March 2012 and became the leader of the Salafist Jihadi Movement of Egypt. After Morsi's ouster, however, and like many of the freed Islamists, Mohammed Zawahri was re-arrested and put back in prison on terror-related charges.

The final part of the al Qaeda chief's message was dedicated to defending al Qaeda's jihadist ideology, which has been challenged since 2010 by the popular uprisings which toppled Mubarak in Egypt, the regime of Zine El Abidine Ben Ali in Tunisia, Muammar Qaddafi in Libya, and Ali Saleh in Yemen.

The last message from Zawahri came on July 31, in the form of another audio statement in which he slammed U.S. treatment of inmates at Guantanamo Bay and said al Qaeda would spare no effort to free them.