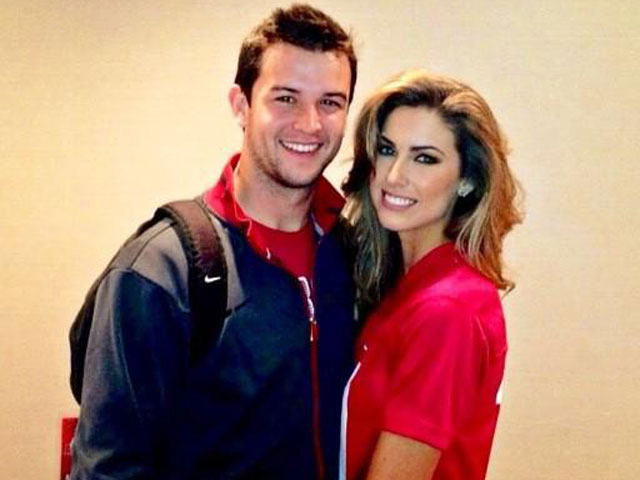 Webb gained more than 90,000 Twitter followers throughout the game, including Arizona Cardinals defensive linemen Darnell Dockett, who tweeted his phone number to her.

According to CBSSports.com's Bruce Feldman, McCarron (88,000 followers) was informed Webb (who is Miss Alabama) actually had passed him in Twitter followers.

"No way!" he said incredulously.

Then he was told that Dockett asked her out on Twitter and that LeBron James is following her now, too.

"Maaan! I'ma tweet him and I'm gonna get a follow," he said, as his voice raised. "That's messed up. But I guess she's more famous than me."