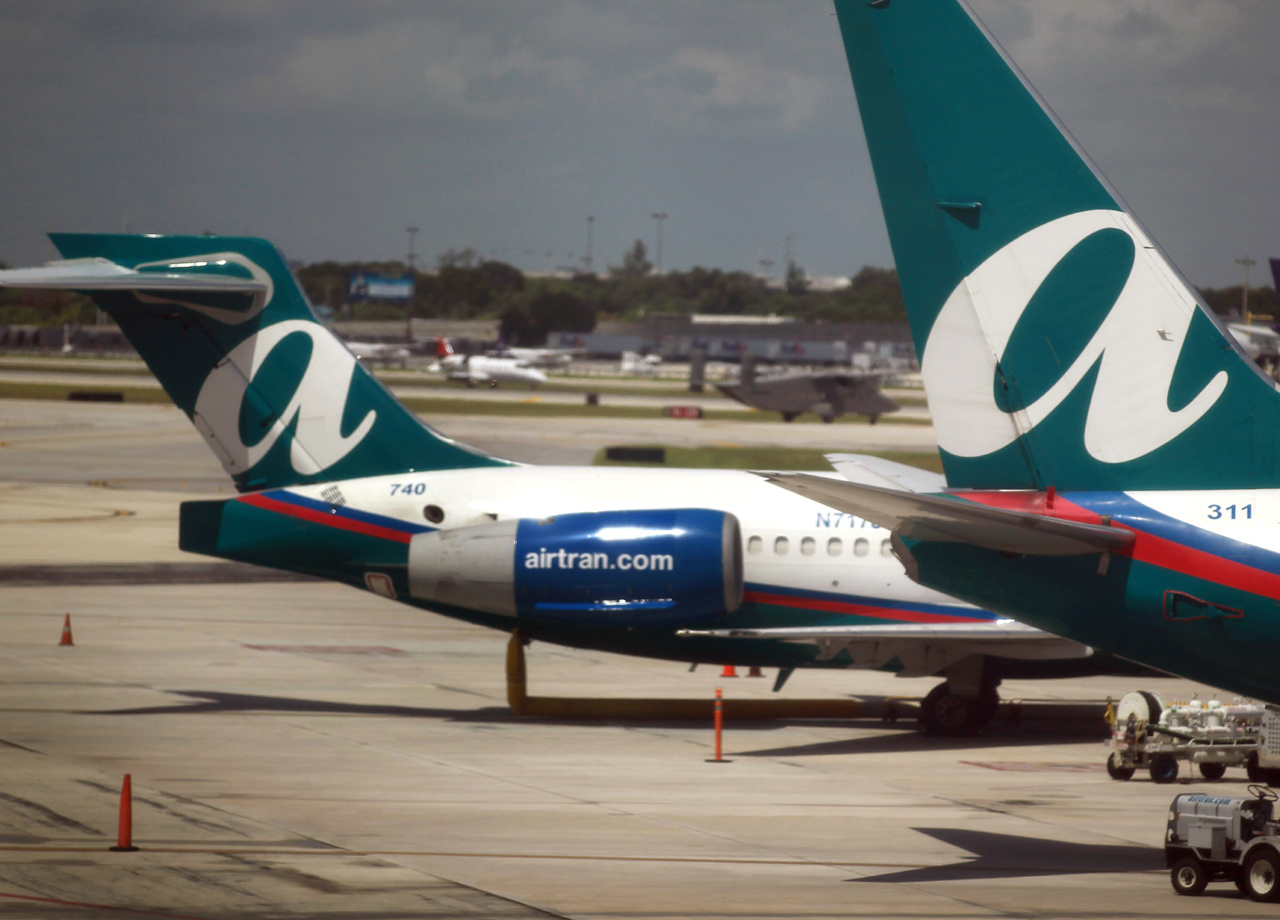 Regional air carrier American Eagle ranked last in the study, which is based on Department of Transportation data.

But AirTran's supremacy may be short-lived: Last month the carrier's shareholders approved a $1.4 billion cash-and-stock buyout offer from Southwest Airlines (ranked no. 5 in this year's ratings). Southwest will take over AirTran's East Coast routes and its fleet of 138 Boeing 717 and 737 jets, and the AirTran brand will eventually disappear.

Overall, airlines improved their performance last year. They lost fewer bags, bumpings due to overbooking were down and on-time arrivals were up. But travelers were still dissatisfied — complaints to the Transportation Department about airline performance went up a whopping 28 percent in 2010, the study said.

A precise cause for the spike in consumer disenchantment is hard to nail down, but it's most likely due to changes in the way airlines are doing business, said Dean Headley, co-author of the report.

The number of air travelers is increasing, but there are fewer flights and fewer seats available. So flights are more crowded, and it's tougher to rebook when a flight is canceled.

"They are trying to match supply and demand — the number of seats available to the number of people demanding seats — a lot closer so they don't fly empty seats, which is expensive for the airlines," said Headley, an associate professor of marketing at Wichita State University's W. Frank Barton School of Business.

That increases the chances that some passengers are going to be unhappy because mismatches between passengers and seats available usually are managed to the airline's advantage, he said.

"Even though airlines are vocal about saying they want to please the customer, when it comes right down to it, they're going to make money first," Headley said.

The department doesn't keep records on the number of flight cancellations, but the biggest category of complaints was "flight problems," which includes cancellations and delays.

Industry officials had predicted that cancellations would increase as a result of new federal rules that bar airlines from keeping passengers waiting in planes longer than three hours without giving them a chance to get off. Such "tarmac strandings" have plummeted since the rules, which include fines of as much as $27,500 per passenger per violation, took effect.

Headley said it's hard to know if there were more cancellations, and if so, whether they were due to the rules or other factors such as storms.

Eleven airlines improved in this category last year, and eight had an on-time arrival percentage over 80 percent. Hawaiian Airlines was the best, at 92 percent. Comair, a regional airline, was last at 73 percent.

Last year's rate of 3.5 mishandled bags per 1,000 passengers was the best in the two decades that the study has been produced. This rate peaked in 2007 at 7.01 mishandled bags. After that, many airlines began charging for checked baggage. That, in turn, has reduced the number of bags passengers are checking.

AirTran had the best baggage handling rate, 1.6 mishandled bags per 1,000 passengers; American Eagle had the worst, 7.15.

The worst year for involuntary denied boardings, which are mostly due to overbooking, was in 2009 when they reached 1.19 per 10,000 passengers. That rate was down slightly last year, to 1.08.

American Eagle had the highest rate, at 4 per 10,000 passengers. Jet Blue, which has a policy against overbooking, had the lowest, 0.01.

The ratings are based on statistics for airlines that carry at least 1 percent of the passengers who flew domestically last year. The research is sponsored by Purdue University in Indiana, and by Wichita State University in Kansas.