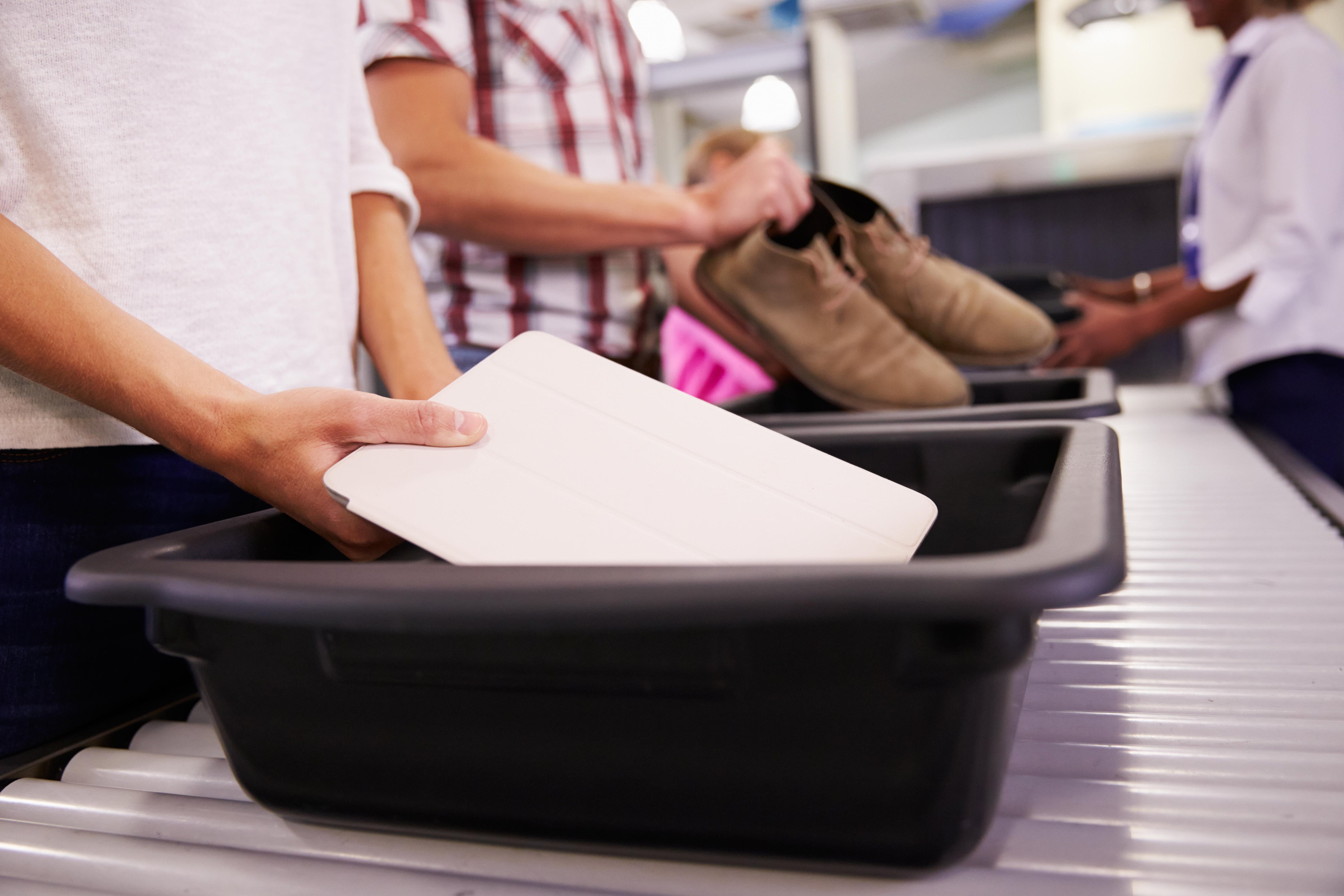 Next time you go through airport security, you may want to wash your hands afterwards. A new study finds airport security bins are a hotbed for germs that can cause illnesses in humans, such as the flu and the common cold.

Researchers from the University of Nottingham in England and the Finnish National Institute for Health and Welfare collected samples from frequently touched surfaces three different times at Helsinki-Vantaa airport in Finland during peak flu season in 2015 and 2016.

Half of the trays at security check points tested positive for germs that can make humans ill, including influenza A and rhinovirus, the predominant cause of the common cold.

None of these germs were found on the surfaces of toilets at the airport, the report found.

The results were published last week in the journal BMC Infectious Diseases.

The researchers say the results make sense given that the security process is mandatory for all passengers and the plastic security trays are "rapidly recycled and potentially touched by several hundred passengers per day."

"We found the highest frequency of respiratory viruses on plastic trays used in security check areas for depositing hand-carried luggage and personal items," the scientists wrote. "These boxes typically cycle with high frequency to subsequent passengers, and are typically seized with a wide palm surface area and strong grip." Additionally, plastic security trays are made of non-porous materials, allowing viruses to live longer.

Dr. William Schaffner, professor of preventive medicine at Vanderbilt University Medical Center, told CBS News it's easy to see how the trays could pick up germs. "A passenger has a virus and they breathe down into them they can deposit a little bit of virus along with their shoes and luggage into the bin," he said.

However, he notes that the cold and flu are mostly spread through the air.

"Someone has the virus and breathes it out. I'm within three feet and I breathe it in. That is how these viruses are spread," said Schaffner, who was not involved in the research.

Other surfaces that tested positive for sickness-inducing germs in the study include handrails of stairs, the desk and divider glass at the passport control point, and a plastic toy in a children's play area.

The researchers note that risk of spreading illnesses in airports can be improved by offering hand sanitizer to passengers before and after security screenings and increasing the frequency of wiping down plastic luggage bins.

"This knowledge helps in the recognition of hot spots for contact transmission risk, which could be important during an emerging pandemic threat or severe epidemic," they write.

The authors say the fact that they didn't detect any respiratory viruses on toilets in the study is not really surprising, "as passengers may pay particular attention to limiting touch and to hand hygiene, in a washroom environment."

Of course, not everyone who comes in contact with germy surfaces at an airport will end up getting stick. Still, your best bet to avoid illness is to wash your hands frequently with soap and warm water. The CDC recommends scrubbing your hands for at least 20 seconds, or the equivalent of humming the "Happy Birthday" song from beginning to end twice.

If soap and water is not available, the CDC recommends using an alcohol-based hand sanitizer that contains at least 60 percent alcohol.