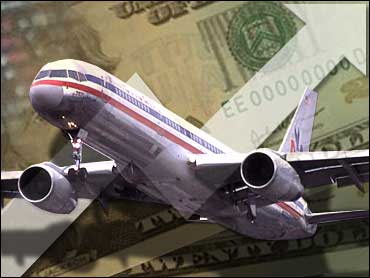 You may notice some changes high in the sky thanks to sky high fuel prices: airlines are doing anything they can think of to save on fuel.

As The Early Show consumer correspondent Susan Koeppen reports, airlines are spending more than $60 billion on fuel this year alone. And to save money, the airlines are adjusting how they do things, inside and out, up in the air and down on the ground.

Veteran JetBlue pilot Anne Aldrich knows filling her plane with fuel is no laughing matter. "The fuel has done a lot of damage to the industry. One of the things we are doing here at JetBlue though is we are rapidly adjusting to what is the new 'normal,' which is high cost of energy," she says.

JetBlue is just one of many airlines taking measures - both big and small - to cut costs, including flying slower to save gas. "By slowing down only two minutes per flight, we save $13.6 million annually, if you can believe that," Aldrich explains.

Airlines are also washing their planes more often to decrease drag caused by dirt and debris. And because every pound makes a difference, they're also removing seats, changing snacks and beverage carts, and even using less water in the lavatories, all in an effort to make planes lighter.

"We're not leaving a single idea untried or untested or a stone unturned," says Jim May, the president of the Air Transport Association, the trade group which represents major U.S. airlines.

Airlines will spend $62 billion this year on fuel - five times more than what they spent six years ago; of the $190 for an average one-way ticket, the ATA says $138 goes just to fuel.

And consumers are feeling it, with higher tickets prices and extra fees, like having to pay for checking bags.

Thanks to high gas prices, some cities are seeing cutbacks in service. Las Vegas for example has 80 fewer flights this year compared to last year, and according to the ATA, some 200 cities may lose service all together by the beginning of next year.