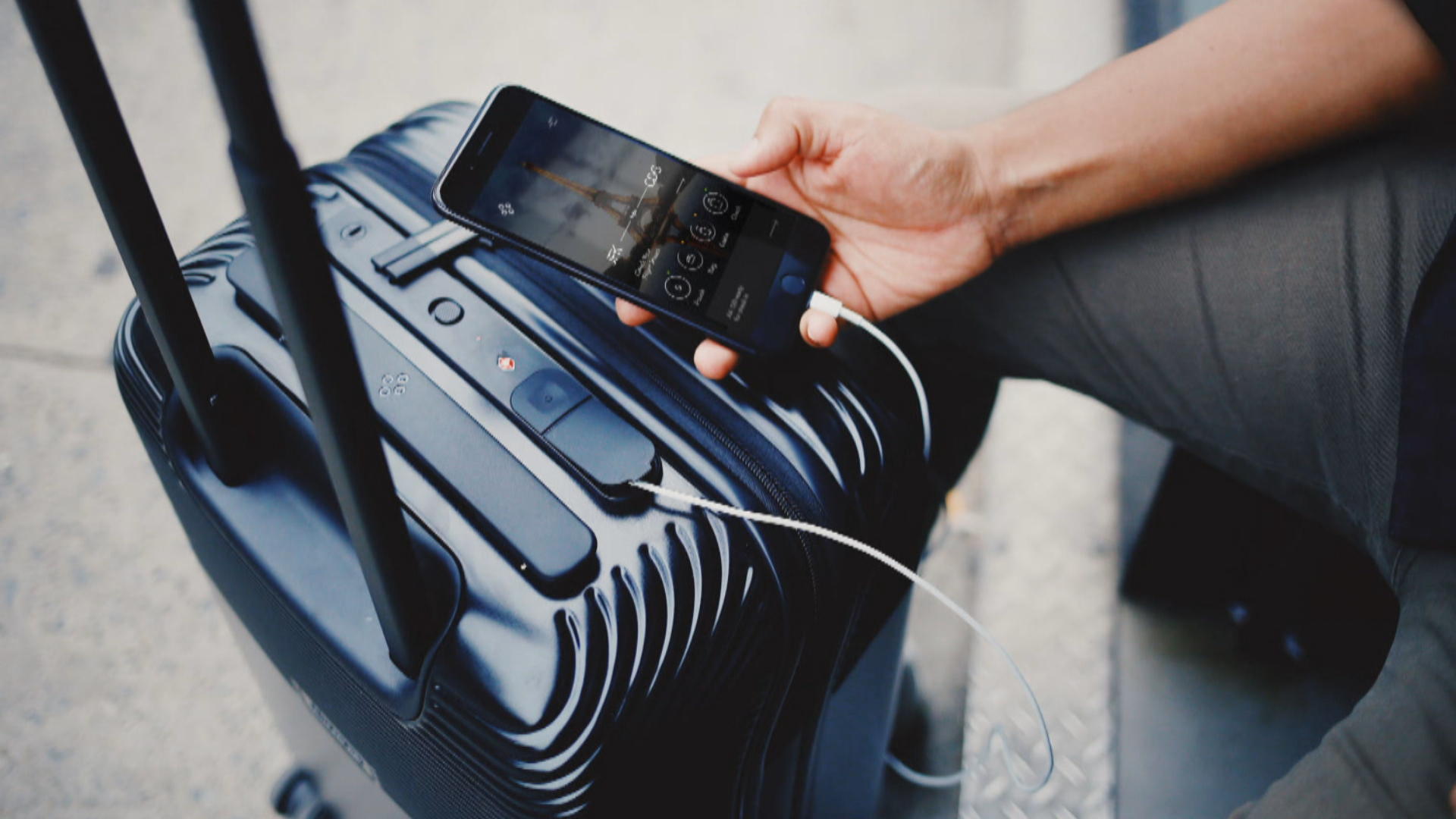 A growing number of airlines are banning luggage with built-in phone chargers or tracking devices due to concerns that lithium ion batteries in so-called "smart bags" could cause a fire. United and Hawaiian Airlines said Wednesday they will start banning smart bags with non-removable batteries Jan. 15, 2018. At least four other airlines including Delta and Southwest announced similar restrictions this month.

Earlier this year the FAA urged international regulators to ban large electronics with lithium ion batteries from checked bags. New testing revealed the potential for a catastrophic fire – so intense the plane's extinguishers wouldn't put it out.

Smart bags use their batteries to power onboard GPS, sync with an app, weigh and lock themselves plus charge your phone. Some can even "propel themselves," putting them on many holiday wish lists.

Bags with the batteries removed will be allowed on board but expensive features – like the ability to track it – won't work.

"The manufacturers have to adapt, or they've manufactured essentially useless bags," CBS News travel editor Peter Greenberg said. "It's sort of like bringing your bottle of water through the security checkpoint. You're going to get there and they're going to tell you your bag can't fly, now what do you do?"

In a statement Bluesmart, a leading maker of smart bags, said: "We did our due diligence to make sure that we complied with all international regulations defined by DOT and FAA... It is a step back not only for travel technology but it also presents an obstacle to streamlining and improving the way we all travel." It's worth noting DOT and FAA do not certify batteries.