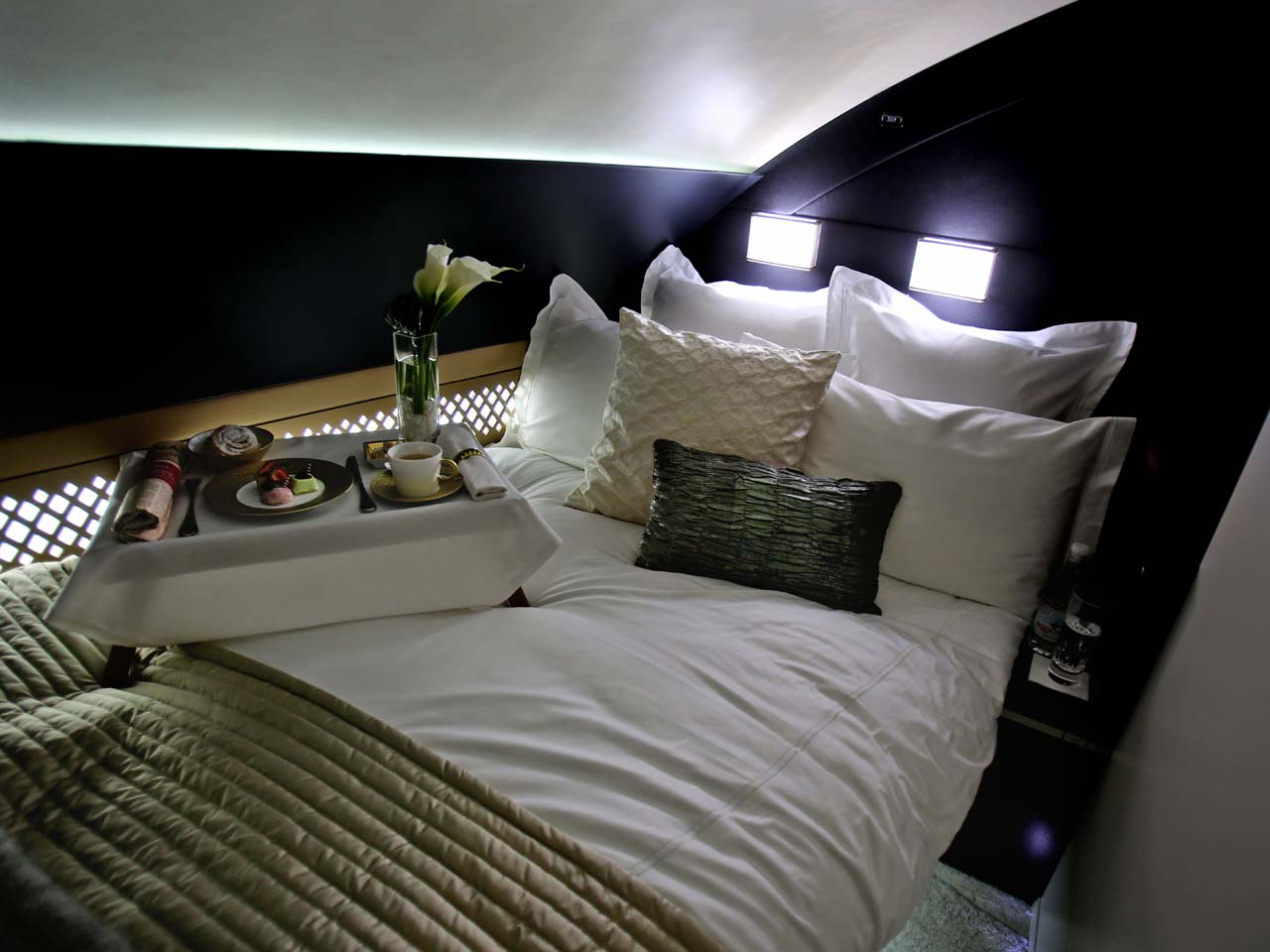 It's a seven-hour flight between Abu Dhabi and London. Oh, sure, you could fill those hours sitting in a cramped chair making stale conversation with strangers.

Or, if you have $21,000 to spare, you can fly in an onboard apartment with its own bedroom, a bathroom with a shower, and a sitting room. You also get your own butler, of course.
That's the latest extravagance introduced Monday by Etihad Airways, a Mideast carrier that already offers notable perks for the wealthy, including in-flight nannies and a gourmet chef. Etihad is adding the apartments to its fleet of A380s made by Airbus.
In America, flyers are getting increasingly nickel and dimed by carriers desperate to boost revenue. One airline, Frontier, has even begun charging a $25 fee for bags that go in the overhead bins.
But worldwide, there's a fierce competition to offer increasingly outrageous in-flight luxury at a steep price. With its new apartments, Etihad is upping the stakes in its rivalry with Gulf carriers Emirates and Qatar Airways. Emirates already had two in-flight showers added to the first-class suites of its Airbus A380 fleet -- and its planes carry an extra 1,100 pounds of water so each of its 14 first-class passengers can get clean, Gizmodo reports.
Etihad's A380 planes will have one apartment on the upper deck that the airline calls "The Residence." The apartment has a separate bedroom with a full-sized bed. Down the hallway is a private bathroom with a shower, and further down is a lounge area with a dining table.
The planes will also have nine one-room "suites" with a bed that lies flat and a separate lounge seat. The first-class and business-class passengers can also use a "lobby" with leather couches and a bar area.
Eventually, Etihad planes with "The Residence" feature will fly between New York, London, Paris, Sydney and Melbourne. But initially, the suite only be available on the Abu Dhabi-London route at an estimated cost of $21,000 each way.
That's about $3,000 per hour of flight.
View CBS News In