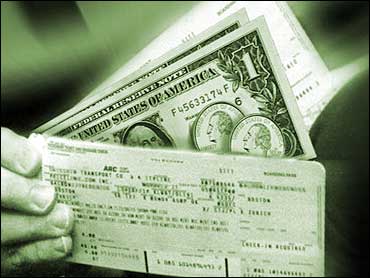 If you're yearning to get out of town, maybe to go to someplace warm, now is a great time to travel.

The airlines are currently offering some major price breaks on fares. Vera Gibbons, from Kiplinger's Personal Finance Magazine, stopped by The Saturday Early Show with a look at some of the best deals.

Recently, newspapers have been filled with "New Year Fare Sales" on major airlines. The following are a sample of the amazing prices:

Most of these sale fares must be purchased by next week, and flights must be taken between now and May.

There are also great rates to Europe. Flights from major U.S. cities to Europe are in the $300 to $500 range; some of the best deals are to London.

Although these price wars coincide with the recent orange alert, the renewed terror threat and new security measures are not affecting prices, according to industry expert Tom Parsons. He says foreign airlines and passengers are the ones finding the new procedures inconvenient. He also believes that everyone wants to be safe in the air, and will not quit flying because of the inconvenience caused by heightened security.

But according to the International Air Transport Association, an 8 percent gain in air traffic this year may be jeopardized by a long spell of canceled flights. Gibbons says travelers ultimately could benefit if a growing number of international flights are canceled. That's because some carriers, particularly international airlines, could be forced to slash overseas fares to boost traffic. Many U.S. airlines in turn might have to match the lower fares to remain competitive on those routes.

If you do happen to have a flight canceled due to a security threat, Gibbons says you are entitled to a refund of the unused portion of your ticket -- assuming that the airline does not provide an alternate flight within three hours of your original departure time. (The time minimum can vary, depending on the route or the airline).

There are three big factors behind the current low prices.