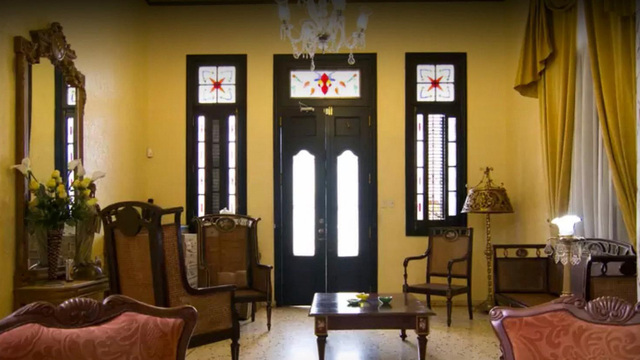 American and Cuban business leaders meet Monday in Havana as part of the push to build economic ties during President Obama's historic visit.

Travel and tourism are major areas of opportunity. Cubans have a long tradition of renting out their homes to visitors, so to sign up new hosts, Airbnb founder Brian Chesky simply introduced them to one of the first U.S. companies to do business in Cuba, reports CBS News correspondent Margaret Brennan.

"It was viewed as a new idea and here it was something that was already familiar to the culture. There were tens of thousands of people that were already sharing their homes and so we felt like it wasn't that big of a risk. And all we had to do was make sure the community embraced Airbnb," Chesky said.

A room with an ocean-front view virtually anywhere in the Caribbean would cost top dollar, but for as little as $45 a night, renters can reserve a suite using the online booking tool.

Since the U.S. loosened travel restrictions, more than 3.5 million visitors have flooded into Cuba, a country with only 63,000 hotel rooms.

"We think about 10 to 20 percent of all Americans who come to Cuba right now are actually staying in an Airbnb," Chesky said.

Manuel Leon and his family live in Los Angeles. They decided to rent a home in Playa Miramar to experience Cuba like locals.

Cuba remains one of the few countries in the world virtually untapped by American corporations, due to the long-running trade embargo, but that is changing. Starwood Hotels will soon be the first U.S. hotel chain to operate in Cuba in nearly 60 years.

Cuba scholar Peter Kornbluh said American businesses are lobbying the Obama administration to allow them into the Cuban market.

"Let us go to Cuba, let us make our money. Get government out of the way of U.S.-Cuban relations because Cuba is no threat to the United States and their economy is opening," Kornbluh said.

But visitors like Leon fear that an influx of big businesses will endanger Cuba's unique charm.

"Everything is going to change within a few years, so we want to take the last grasp of how it was before the big change," Leon said.

Still, the authoritarian Castro government has not made it easy for American companies to set up shop, especially for companies which operate primarily online.

Access to the Internet remains state controlled, making Cuba one of the top five most restrictive countries in the world. One hour of Internet use can cost as much as 10 percent of the average monthly salary.

"We didn't even know ourselves how we did business, but with very little Internet, there are a few people on the island who have Internet access and so the way it works would be 4,000 homes and there are people that are co-host with our host -- they are intermediaries -- they accept payments, they do all of the messaging online and they work with the people's homes," Chesky said.

Cuban homeowner Pedro Suarez and his girlfriend, Gretel, say bringing renters into their home provides more than a steady income and has broadened their world view.

"We thought it was a very good chance to be in touch with people" of other countries that "wanted to have the experience to live in Cuba with Cuban families," Gretel said.

This is just one of the small business ventures that the Obama administration is trying to encourage in order to put money in the pocket of the average Cuban, rather than the Castro government.

President Obama will also host an entrepreneurship summit Monday at a beer factory in Havana.