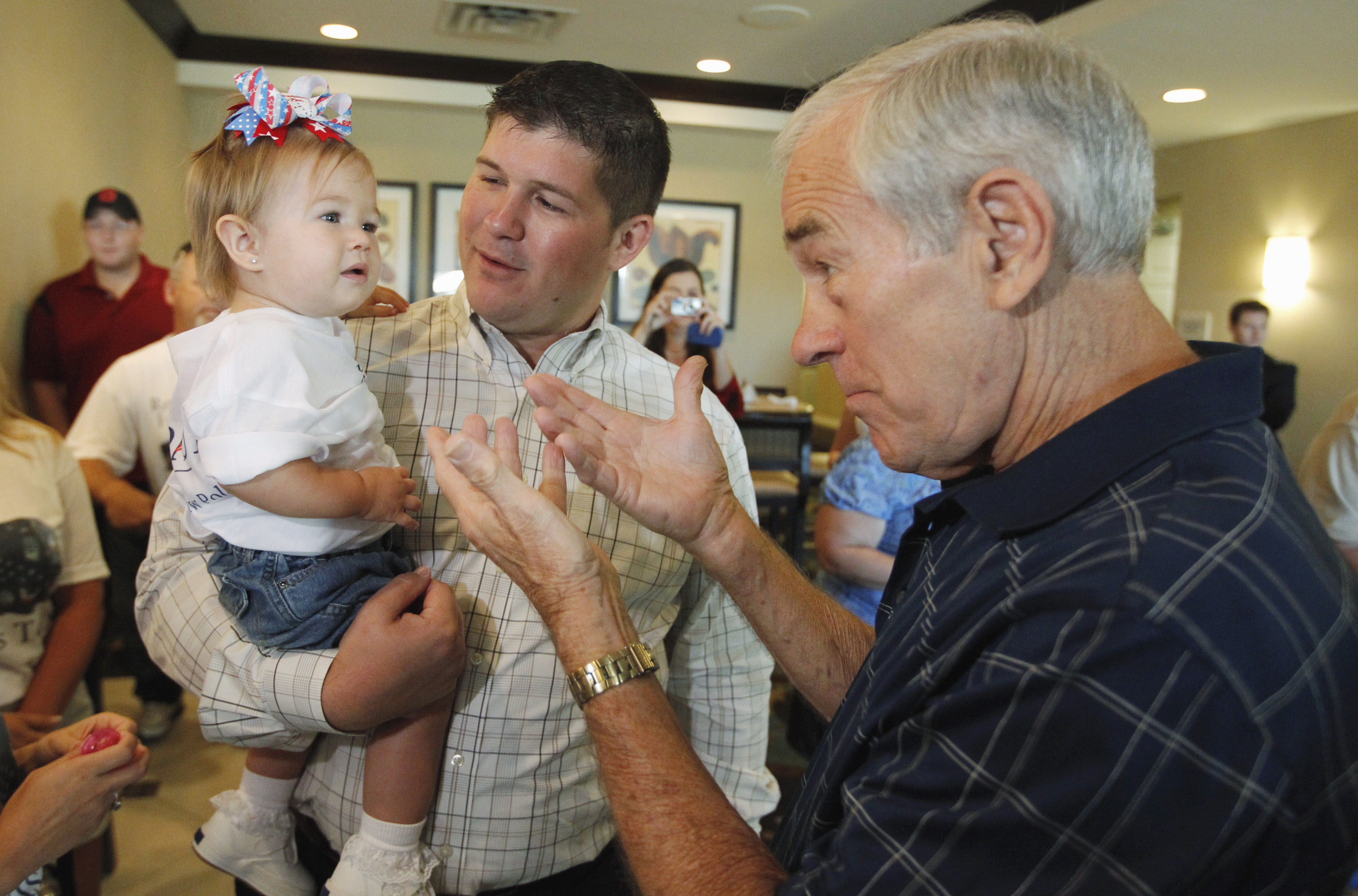 DES MOINES, Iowa -- Three campaign advisers to 2012 presidential candidate Ron Paul were convicted Thursday in a federal case alleging they conspired to cover up the campaign's payments to a former Iowa state senator who had agreed to endorse their boss.

Prosecutors said it is illegal to cause a campaign to file inaccurate spending documents. They've pursued charges since July 2015 when a grand jury first indicted the men.

Paul's campaign chairman Jesse Benton, campaign manager John Tate and deputy manager Dimitri Kesari argued they broke no laws when they paid a video production company, which passed on $73,000 to former Sen. Kent Sorenson. He dropped support in the presidential race for Michele Bachmann and endorsed Paul six days before the 2012 Iowa caucuses.

They said they were targeted because of their conservative politics and argued campaigns typically don't identify payments to subcontractors of vendors.

The federal jury convicted Benton, Tate and Kesari of conspiracy, causing false campaign contribution reports to be filed to the Federal Election Commission and participating in a false statement scheme. Benton and Tate also were convicted of causing the campaign to file false records of the payments; Kesari was convicted of that charge last year.

Benton, who now helps run the pro-Trump super PAC "Great America PAC," and his attorneys declined to comment after the jury verdict was announced in court following a seven-day trial. He hugged his wife in the hallway outside the courtroom as she sobbed.

Benton, after he was first took the position as the Great America PAC's chief strategist, told the Washington Post: "We just heard from a lot of people that they wanted an outlet to help support Trump. We believe this is very much needed right now, because this is going to be a billion-dollar campaign for the presidency."

Kesari's attorney, Jesse Binnall said he will appeal. He said federal prosecutors were overzealous in charging the men with actions that the FEC has not pursued in other campaigns.

"What they did here doesn't constitute a crime," he said. "Nothing they did was wrong."

Sentencing will be set later. The judge continued their bond and the men walked out of the courtroom.