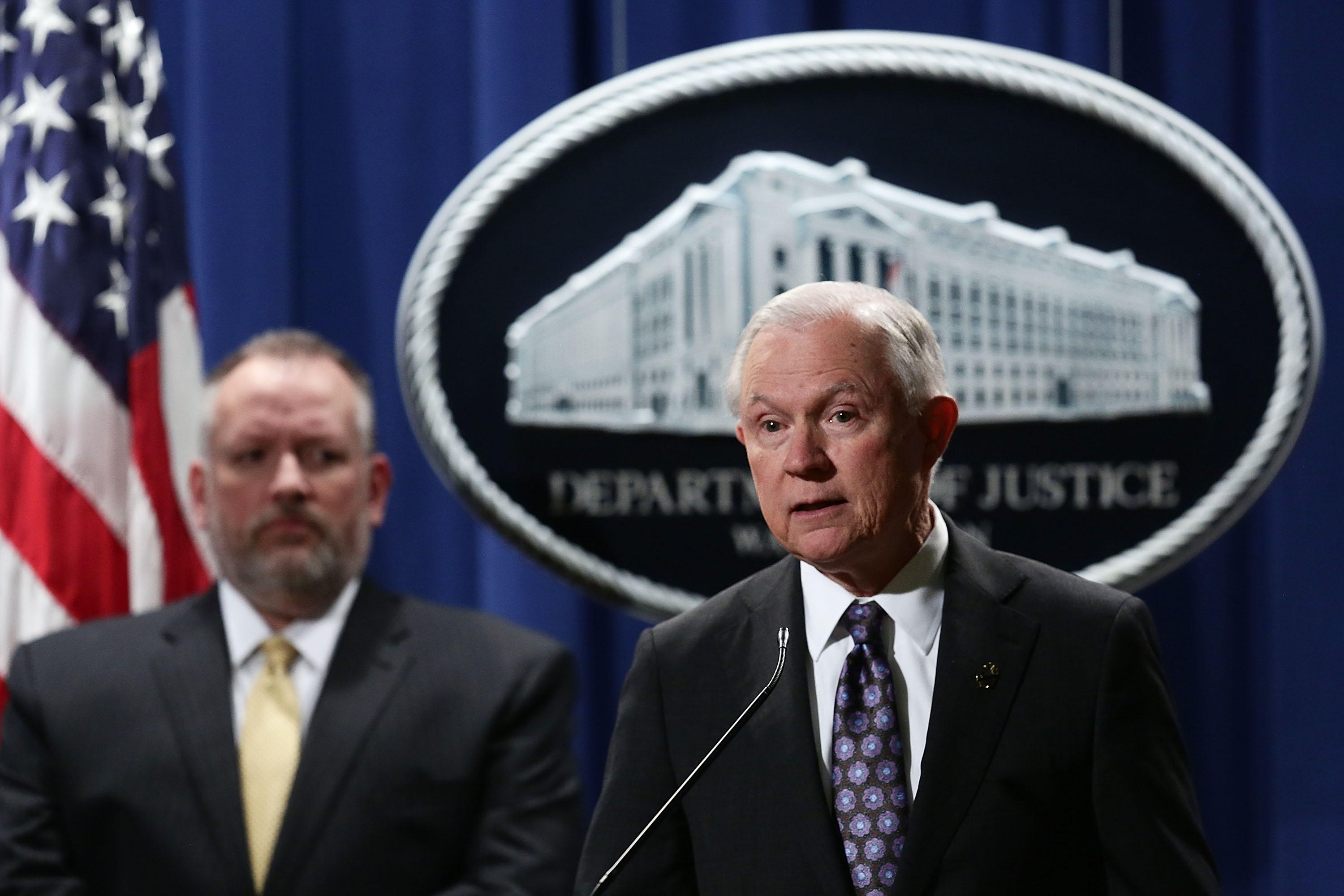 Attorney General Jeff Sessions held a press conference at the Justice Department on Wednesday to announce new tools the department is undertaking to combat the nation's crippling opioid crisis.

In a joint effort, the DOJ and DEA announced three new initiatives they say will help combat what Sessions considers "the worst drug crisis in American history."

Sessions said in prepared remarks that the steps "will make our law enforcement efforts smarter and more effective—and ultimately they will save American lives."

"The current Louisville district office will now be the 22nd DEA Field Division, with about 90 special agents and 130 task force officers.  This field division will cover West Virginia, Kentucky and Tennessee. These areas covered by this new division face similar drug threats, enabling this division to better focus on those threats," said Sessions.

The division will be led by Special Agent in Charge Christopher Evans, who has served DEA for more than 25 years.

Acting DEA Administrator Robert Patterson added in prepared remarks that with the creation of a new field division and restructuring, the "change will produce more effective investigations on heroin, fentanyl, and prescription opioid trafficking."

Sessions also said that White House adviser Kellyanne Conway will be leading the charge in combatting the epidemic from the White House, representing the administration's ongoing efforts.

The attorney general said that Conway was "exceedingly talented" and that she "understands messaging" of the crisis. Conway has attended several of the White House's recent events on opioid addiction awareness as well as meetings of the President's Commission on Combatting Drug Addiction and the Opioid Crisis.

The Wednesday announcement comes after both the DOJ and DEA unveiled new measures earlier this month to allow federal prosecutors to charge people who traffic fentanyl analogues or synthetics as if they were true forms of fentanyl.

Under the new orders, anyone who possesses, imports, distributes, or manufactures any illicit fentanyl analogue will be subject to criminal prosecution, just as those who traffic in fentanyl and other controlled substances are.  The DOJ said the move would "make it easier for federal prosecutors and agents to prosecute traffickers of all forms of fentanyl-related substances."