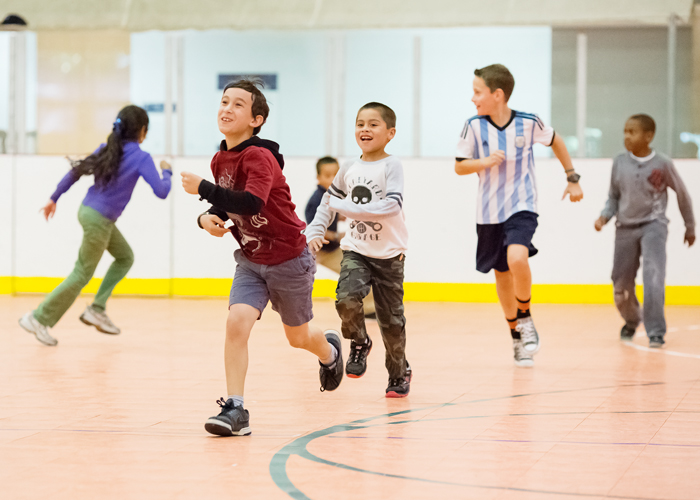 Many school struggle to fit physical education into a busy curriculum, even though parents and educators are well aware that children thrive when they're given ample time to run around every day. Now a new study suggests that regular exercise doesn't just help children stay physically healthy -- it can also improve their academic performance.

The study, published in the journal Pediatrics, involved 221 children, ages 7 to 9. Half were assigned to an after-school fitness program called FITKids, while the other half were placed on a wait-list. The FITKids group participated in moderate to vigorous exercise during regular sessions over a nine-month period. Participants wore heart rate monitors and pedometers which showed they averaged 4,500 steps (the equivalent of about 2.25 miles) during approximately 70 minutes of exercise.

The exercise program "was designed for the way kids like to move," Charles Hillman, a professor of kinesiology and community health at the University of Illinois and lead author on the study, said in a press release."They performed short bouts of exercise interspersed with rest over a two-hour period." The regimen was based on the Child and Adolescent Trial for Cardiovascular Health (CATCH) exercise program, which was originally funded by the National Institutes of Health and is now used in schools across the country.

The researchers found children regularly involved in the program were in better physical shape over time. Approximately 6 percent of the kids demonstrated a significant improvement in physical fitness compared with less than 1 percent of the children who were not assigned to FITKids.

But most remarkable was the impact afternoon play had on daytime class performance. Before-and-after testing and brain scans showed that the kids enrolled in the exercise program demonstrated a two-fold increase in level of accuracy on cognitive tasks. They had increased levels of "attentional inhibition," which is the ability to block out distractions and focus, as well as "cognitive flexibility," the ability to easily switch from one task to another, what's generally known as "shifting gears. The children on the wait-list did not demonstrate improvements in these important academic skills.

Regular attendance made a difference. The more often a child went to the afternoon program, the better they generally performed on the cognitive tests.

Part of the reason physical fitness appears to enhance learning is that the human brain demands oxygen for healthy functioning. Intense cardiovascular exercise that increases one's heart rate means more blood circulates throughout out the body and pumps more oxygen to the brain. Physical activity also stimulates the body's production of a number of hormones that are essential to cognition and mood. In addition, exercise stimulates brain plasticity, allowing for new neural connections, which helps improve one's ability to retain more information and learn new tasks.

The researchers note that some of these positive changes may have also have been a result of more social engagement among children, since the after-school program increased the amount of time kids spent with their peers on a daily basis.

A number of studies indicate that social interaction and forming friendships are essential to a child's emotional and intellectual development. And research has found that children are more likely to be physically active when with friends. One study, published in Pediatrics in 2012, found in group social settings, children increased their fitness level by 10 percent or more -- apparently in an effort to emulate or keep up with their friends.