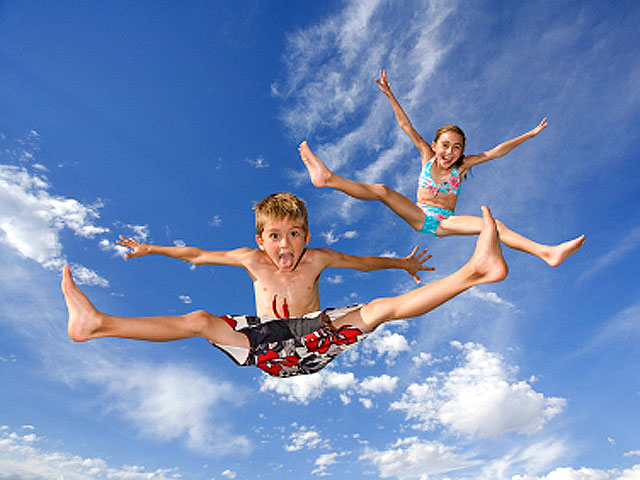 (CBS News) Letting your child hang out with his or her friends may provide more than emotional benefits: It could also boost your kid's health.

A new study in the May 28 issue of  Pediatrics shows that kids who interact with active children are more likely to exercise themselves. Starting fitness habits earlier in life also means that these youngsters could be steered on a path to avoid obesity.

"These results suggest that friendship ties play a critical role in setting physical activity patterns in children as young as 5 to 12 years," the researchers wrote in the study.

Researchers analyzed data from 81 school-aged children between 5 and12 who participated in after-school programs. Surveys were given to determine each subject's social network, and accelerometers were used to measure physical activity for 12 weeks.

Children did not form or end friendships based on their original physical activity levels, according to the study - instead, their friendships influenced how moderately or vigorously active they were.

"We see evidence that the children are mirroring, emulating or adjusting to be similar to their friends," Sabina Gesell, a research assistant professor in pediatrics at the Vanderbilt School of Medicine, told TIME. "And that's exciting because we saw meaningful changes in activity levels in 12 weeks."

Scientists told TIME that they see this effect as a potentially inexpensive way to help keep kids active. This is especially important since childhood obesity has tripled in the last 30 years, according to the Centers for Disease Control and Prevention. The percentage of American children between the ages of 6 to 11 who were obese increased from 7 percent in 1980 to nearly 20 percent in 2008. For those between the ages of 12 to 18, the percentage increased from 5 percent to 18 percent in the same time period. The study may show that instead of organizing an expensive exercise program, putting less active kids in social groups with more active ones might be more effective.