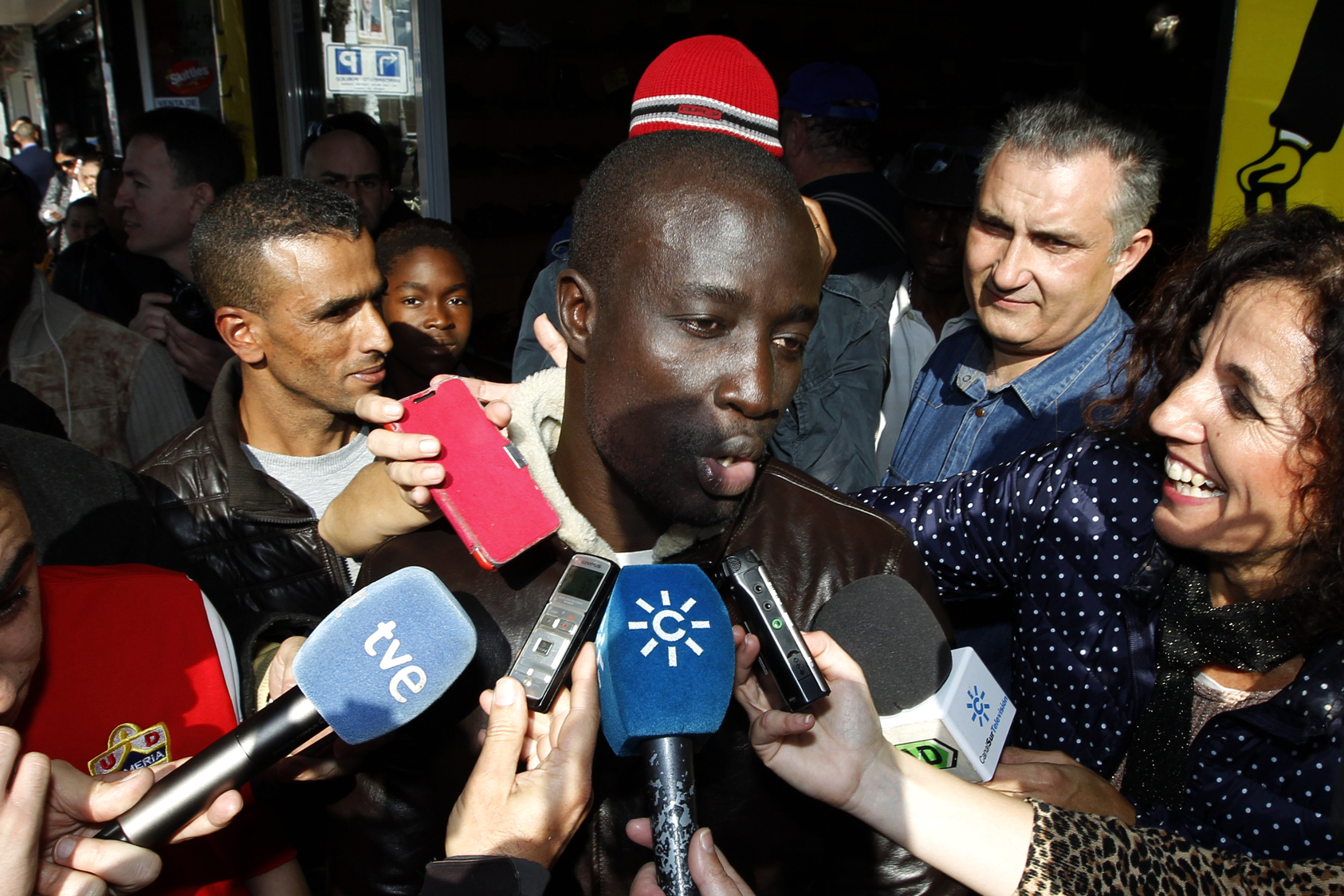 MADRID, Spain -- About 35 African migrants, including at least one rescued at sea from an overcrowded wooden boat, are among the top prize winners of Spain's Christmas lottery, according to the owner of the lottery agency that sold more than 1,000 tickets that shelled out 400,000 euros ($438,000) each.

Among them was a Senegalese man named Ngame who told Spanish media that he and his wife were rescued by Spain's coast guard in 2007 when their boat with about 65 people aboard was traveling from Africa's western coast toward Spain's Canary Islands.

Outside the lottery agency, Ngame was in tears as he clutched a photocopy of his winning ticket with the number 79,140. He thanked Spain for saving his life and giving him the chance to play the country's world famous lottery.

"Today I thank the Spanish government, the Spaniards too," Ngame told Ondacero radio. "They saved us when we were in the middle of the sea."

Roquetas de Mar is in Almeria province, where many migrants toil in greenhouses as vegetable and fruit laborers. The area also relies heavily on tourism, but unemployment is 31 one percent - much higher than the already sky-high national rate of 21 percent.

Ngame did not give his last name to reporters but said life has been difficult for him and his wife since they arrived in Almeria. They had not decided how they would use the jackpot.

Agency owner Martin said some of the migrants weren't sure how they could collect their winnings, so he accompanied them to their bank branches to explain to them what to do.

Though other lotteries offer larger top prizes, Spain's El Gordo (The Fat One) is the world's richest. It unites the country because almost everyone takes part.

There are 24 million prizes in all for the country with a population of 47 million - and players in droves form pools with friends, family and colleagues to buy the 20-euro tickets.

A big difference with other lotteries is that people don't pick their own numbers, so if they want a certain one they have to go online to find out first of all if it exists and then who's selling it.

Across Spain, people stay glued to the television as lower level winning numbers are announced until the El Gordo number is drawn. Then a tradition kicks in, with people who purchased winning tickets on their own or in groups showing up outside the lottery agency that sold them the tickets and uncorking bottles of sparkling wine in gleeful street fiestas.

The lottery has always been immensely popular but has taken on special importance in recent years as Spain struggled through the bursting of a real estate bubble and the European debt crisis. While lottery winners used to buy apartments or new cars during Spain's boom years, many winners now pay off debts.

School children also featured heavily this year - nearly half the winning tickets were bought at the Roquetas de Mar agency by a high school in the nearby town of Laujar de Andarax, population of 1,600. Students then resold the tickets to raise money for a school trip, meaning the town was flush with winners.