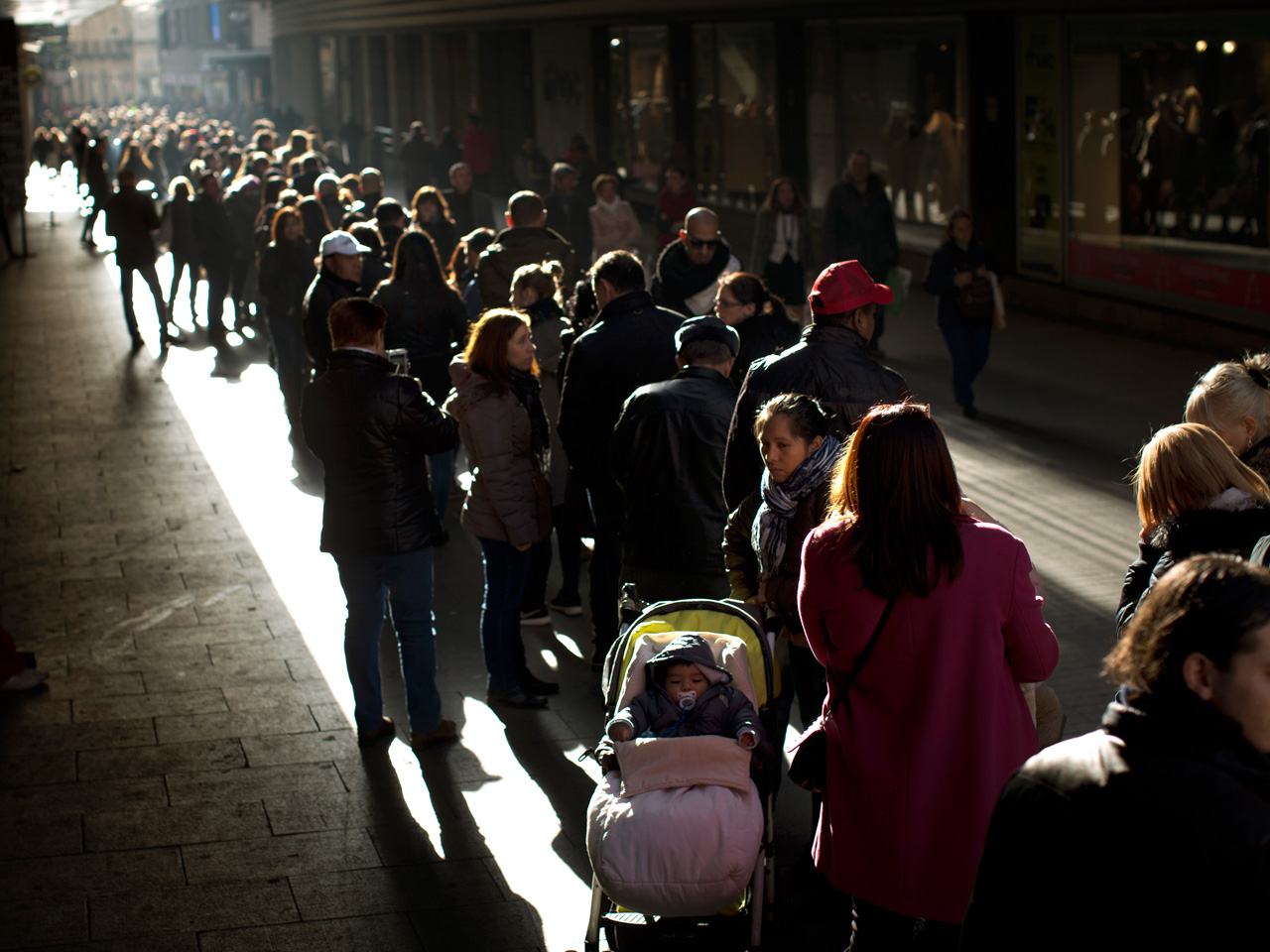 MADRID - Spaniards are taking advantage of unseasonably warm weather and a "day of reflection" break in political campaigning ahead of a general election to buy tickets for the world's richest lottery.

Long lines formed Saturday as people hoped to buy a winning share in Spain's Christmas lottery, known as El Gordo (the Fat One), which will hand out 2.24 billion euros ($2.43 billion).

It's estimated that three-quarters of Spain's 46 million people will take part in Tuesday's lottery.

The Yuletide tradition dates to 1812. The drawing is broadcast nationally, gluing hope-filled Spaniards to radio and TV sets for hours as winning numbers are called out.

Unlike lotteries offering one large jackpot, El Gordo keeps the top prize at 400,000 euros ($435,000), enabling thousands of ticket-holders to be winners.

Last year, an upper middle-class neighborhood in Madrid was home to the winners. More than 100 of the top winning tickets for last year's 2.5 billion-euro ($3 billion) pot of cash were sold in the downtown neighborhood, though 20 were also purchased in the southern city of Cadiz and a handful were sold in other cities across the nation.