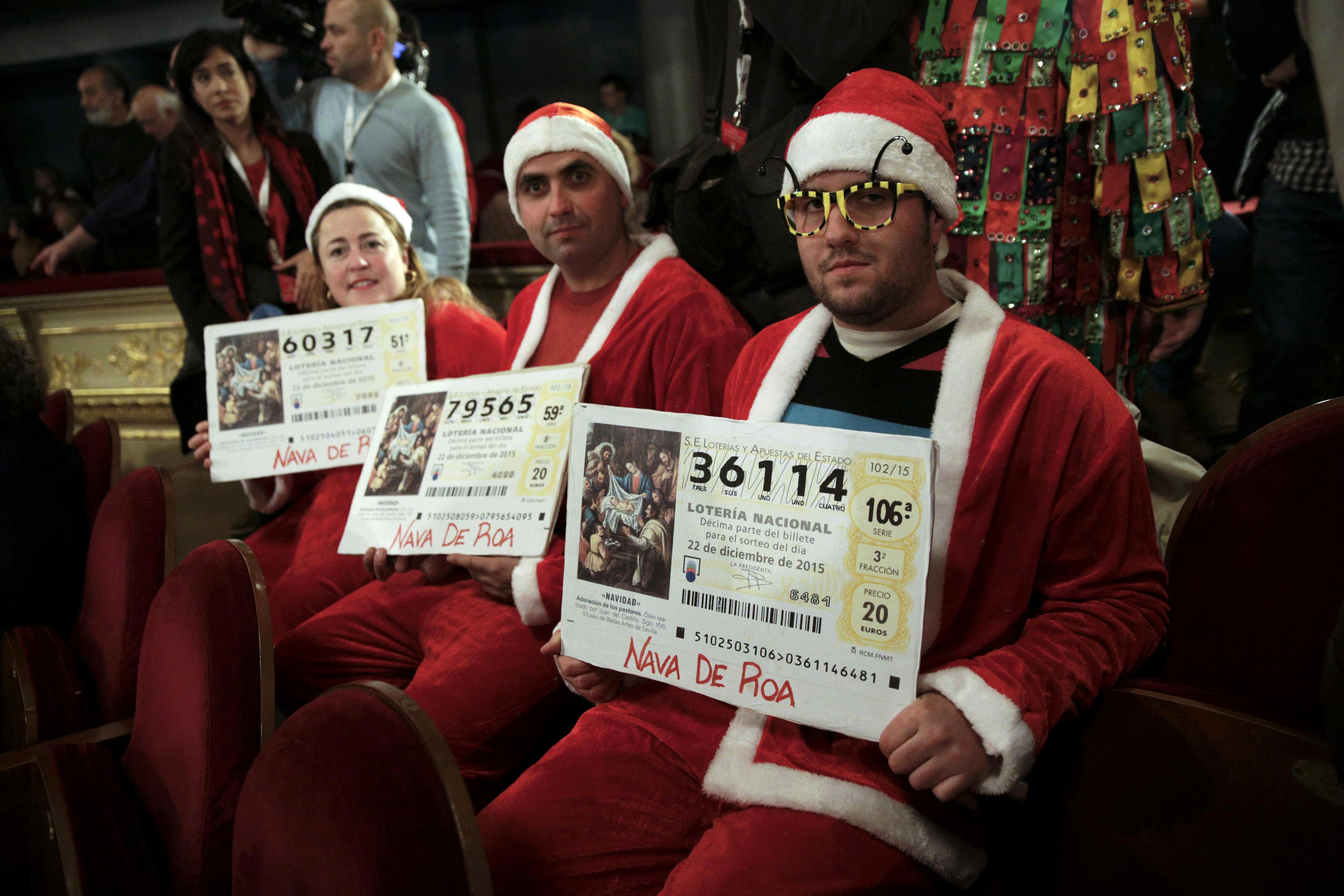 Most countries have their Christmas rituals: Trees, presents, maybe even a religious service somewhere. In Spain, CBS News correspondent Mark Phillips reports, it's all about whether Christmas will change your luck.

Millions of Spaniards were glued to their TV's Tuesday morning to see if they were winners. El Gordo, or "The Fat One," is the world's richest lottery, even if the winning ticket isn't the biggest (about 400,000 euros, or 440,000 dollars).

But El Gordo is a democratic lottery with lots of smaller prizes. The total prize money up for grabs in 2015 was over 2 billion euros -- about 2.5 billion dollars.

And the whole country seemed entranced. Some dressed up for the occasion, and others waited for hours to get into the draw. A single ticket cost about twenty-five dollars, and it seemed everybody was part of a multi-buy syndicate. Long lines formed on Lottery Eve in a last minute rush to be part of the action.

The southern beach city of Roquetas de Mar, where tickets bearing the top prize number of 79140 were sold, struck a jackpot. The number appeared on 1600 tickets, and each holder won the near 440,000 dollar payout. Tickets are sold in many different lottery sites around the country, but this year the winning tickets were sold entirely by one lottery agent in the city of 90,000. Lottery organizers said that can happen, since bettors don't pick their own numbers.

The draw was a bit hypnotic, Phillips reports. Spanish school kids sang out the numbers on lottery balls as they came out of the drum. It wasn't quite Jingle Bells, but it was the sound of Christmas.

In recent years, Spain's economic stagnation and massive unemployment turned the lottery into a ray of financial hope, which was usually, of course, false hope. But in 2015, though the economy was seemingly on the mend, El Gordo proved as popular as ever. Apparently nothing says recovery like winning the lottery.

The recent election in Spain produced no clear winner, so with the country stuck in political limbo, the lottery does, at least, provide an outcome.