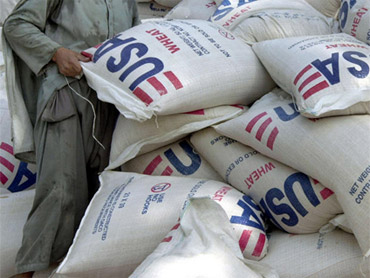 The Afghan government wants foreign donors to focus 80 percent of the billions of dollars flowing into the country on priority projects it believes are key to pulling the country out of poverty and turmoil, Afghan officials said.

At a July 20 international conference in Kabul, Afghan President Hamid Karzai will ask his international partners to align at least 80 percent of development and governance assistance over the next two years to a list of 23 national priority programs and projects being introduced at the conference.

While grateful for massive international aid, Afghan officials lament that money spent during the past eight years sometimes has financed temporary programs or unsustainable projects that will not make a long-term difference in the daily lives of Afghan citizens.

"For us, the issue of alignment is critical," Afghan Finance Minister Omar Zakhilwal told reporters Monday during a briefing on the conference. "It's not only about the strengthening the legitimacy of the government. ... We believe this alignment with the government priorities, and therefore with the people's priorities, leads to sustainable development, leads to greater self-reliance of Afghanistan."

An investigation is under way and details of Tuesday's incident remain unclear.

The international force earlier said that three of its service members died following an attack Tuesday in southern Afghanistan. NATO did not name the attackers.

A senior NATO official, speaking on condition of anonymity because he was not authorized to disclose the information, said Karzai sent a letter of condolences to NATO and Britain and offered apologies were true.

U.N. Secretary-General Ban Ki-moon, officials with NATO and the European Union, U.S. Secretary of State Hillary Rodham Clinton and representatives from about 40 nations plus a host of other diplomats and representatives from international organizations are expected to attend the aid conference. Security is being tightened around the capital and a flurry of meetings are being held to hammer out details the final conference communique, which likely will be refined right up until the time it is formally released.

Staffan di Mistura, the top U.N. representative to Afghanistan, stressed that the Kabul conference would not be a pledging conference, but would be a time to bolster the impact of the financial aid already pledged. "The expectation will be for a realignment," he said.

Since the 2001 U.S.-led invasion that toppled the Taliban, 77 percent of the $29 billion in international aid actually spent in Afghanistan has been disbursed on projects with little or no input from Afghan government officials, according to the Afghan Ministry of Finance's 2009 donor financial review.

In January, at an international conference in London, donor nations agreed to increase the amount of development aid delivered through the Afghan government to 50 percent in two years - but only if the Afghans strengthened their public financial management system and reduced corruption.

In addition to asking the international community to make good on its promise to channel more money actually through Afghan government coffers, Karzai also will be asking them to realign more of the rest of their aid money behind the nation's priority plan, which has not yet been released.

"It's absolutely important to the international community for its taxpayers' money to be acknowledged to have an impact on the ground," Zakhilwal said.

Other key issues to be discussed at the conference include the eventual handover of security in various parts of the country to the Afghan security forces; work to extend governance deeper into Afghanistan's 34 provinces; the training of Afghan soldiers and police; anti-corruption measures; and the government's new program to get low- to midlevel Taliban fighters to lay down their arms with promises of jobs, literacy and vocational training plus development aid for their villages.

In support of the Afghan government's work to resolve the nearly 9-year-old conflict, the international community is working with the government to review the names of Taliban figures on a U.N. sanctions list that freezes assets and limits travel of 137 key Taliban and al Qaeda figures, businesses, groups and organizations tied to the militants.

De Mistura said that 10 individuals with alleged links to the Taliban were being considered for removal from a U.N. sanctions list. Karzai has pushed for the removal of some Taliban figures from the blacklist as a way to encourage militants to stop fighting or enter peace talks.

De Mistura said the names, submitted by Afghan officials, were in the process of being forwarded to the U.N. Security Council, which will decide whether to remove them. De Mistura would not identify the names, but said more could be put forward for de-listing because the process had been extended until July 31.