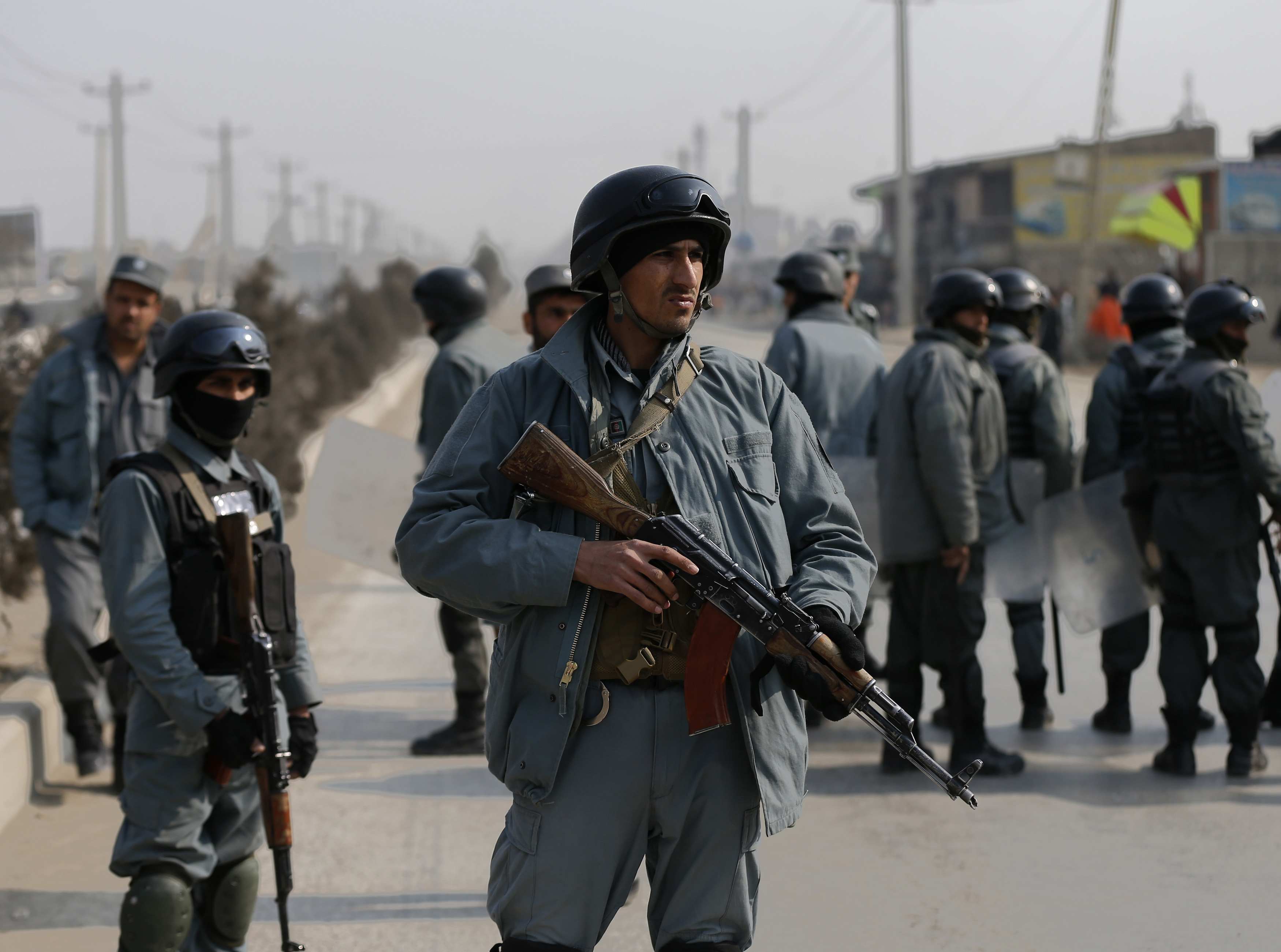 The attack happened in Pul-i-Alam, the capital of Logar province, some 50 miles east of Kabul. There, the first bomber detonated his explosives at the gate of the police headquarters, while a second blew himself up at a security checkpoint inside the compound, said Din Mohammad Darwesh, a spokesman for the provincial governor.

At least two other bombers blew themselves inside the compound, where police officers had gathered to eat lunch, Darwesh said.

The bombers wore police uniforms, allowing them to get inside the compound, said Muhibullha Ghayrat, a member of Logar's provincial council.

The Taliban have stepped up their attacks on Afghan soldiers and security forces in recent months. U.S. and NATO forces concluded their combat mission at the end of last year and Afghan troops since have taken control of the country's security. That's caused Afghan casualties to spike.