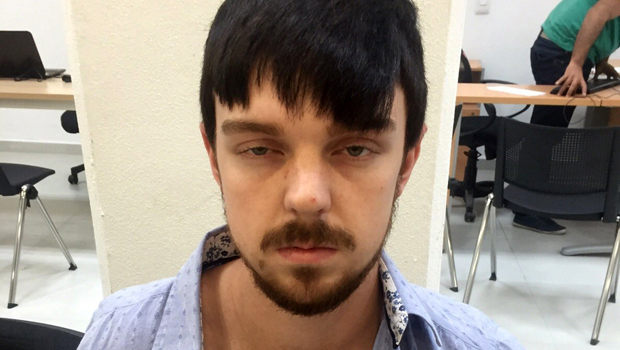 MEXICO CITY -- The Mexican lawyer for a Texas teenager who used an "affluenza" defense in a fatal drunken-driving accident says his client has dropped an appeal against deportation and will return to Texas to face charges in the coming days.

"I gave him several options, but he decided to go to Texas to face whatever charges he faces," Benitez.

The appeal had led to a court injunction against Mexico's original decision to deport Couch. Since then, he has been held at an immigration detention center on the outskirts of Mexico City.

Benitez expects a judge to close the case Tuesday, noting that would clear the way for Couch to return to Texas in one or two days.

"I have people at the courthouse ... waiting for notification that the appeal has formally been dropped," Benitez said. "Once the injunction is removed, they will deport Ethan in 24 or 48 hours.

He said Couch had decided not to continue with the constitutional appeal after "he reviewed the basis of the appeal in Mexico," and because "it was in his interest" to do so.

Couch and his mother, Tonya Couch, were detained in the resort of Puerto Vallarta in December. His mother was quickly sent back to the U.S. She was released after posting bail.

Her arrest affidavit alleges that she and her 18-year-old son fled the state in December as Texas prosecutors investigated whether he had violated his probation in the case of a 2013 wreck that killed four people. Mother and son were taken into custody later that month in Puerto Vallarta, after a call for pizza delivery tipped off authorities to their whereabouts.

The drunken-driving case drew widespread derision after an expert called by Couch's lawyers argued he had been coddled into a sense of irresponsibility by his wealthy parents, a condition the expert called "affluenza."

Couch was 16 at the time and driving at three times the legal intoxication limit for adult drivers. Investigators said he rammed his pickup truck into a crowd of people trying to help a stranded motorist. The wreck killed four people and injured several others.

A juvenile court judge gave the teen 10 years' probation, outraging prosecutors who had called for him to face detention time.

Law enforcement officials say Tonya and Ethan fled to Mexico after a video surfaced that appeared to show the teen at a party drinking alcohol. If he was drinking, it would violate his probation and could lead to jail time.

Law enforcement officials believe the mother and son had a going away party shortly before driving across the border in her pickup truck, making their way to Puerto Vallarta.

Tonya Couch is charged with hindering the apprehension of a felon and could face up to 10 years in prison if convicted.

During Ethan Couch's trial, a defense witness said the teen was coddled into a sense of irresponsibility by his wealthy parents, a condition the expert called "affluenza." The condition is not recognized as a medical diagnosis by the American Psychiatric Association, and its invocation drew widespread ridicule.

Upon his return to Texas, Ethan Couch will be held in a juvenile detention center. A juvenile judge will hold a hearing to decide whether to continue to hold him there, book him in an adult jail or let him go, said Tarrant County Sheriff Dee Anderson.

A separate hearing is scheduled for Feb. 19 to determine whether Couch's case is transferred to the adult system. If it is transferred and Couch violates his probation again, he could face up to 10 years in prison per death.