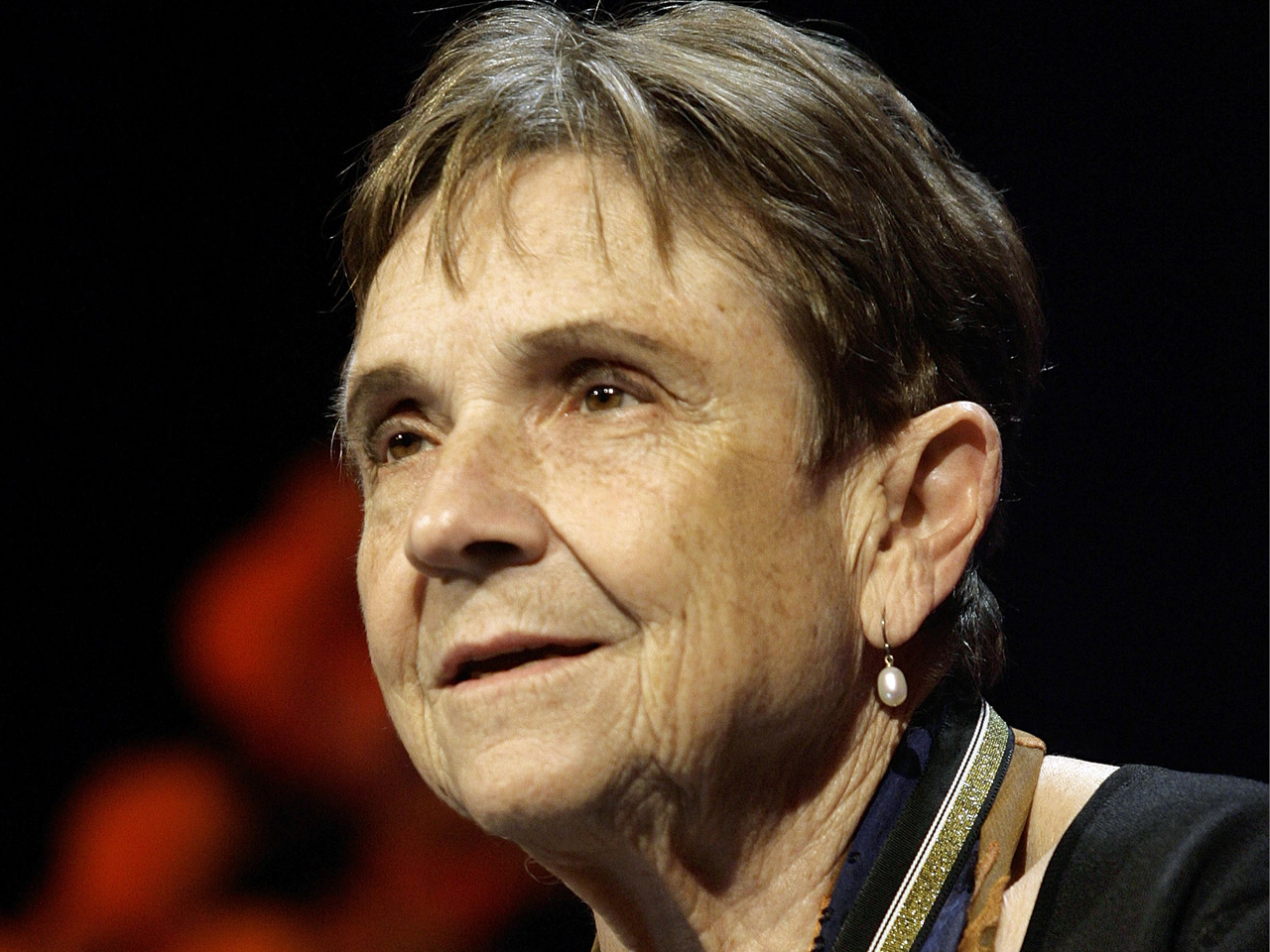 Rich died Tuesday at her Santa Cruz home from complications from rheumatoid arthritis, said her son, Pablo Conrad. She had lived in Santa Cruz since the 1980s.

Through her writing, Rich explored topics such as women's rights, racism, sexuality, economic justice and love between women.

She had first gained national prominence with her third poetry collection, "Snapshots of a Daughter-in-Law," in 1963. Citing the title poem, University of Maryland professor Rudd Fleming wrote in The Washington Post that she "proves poetically how hard it is to be a woman — a member of the second sex."

She and her husband had three sons before she left him in 1970, just as the women's movement was exploding on the national scene. She used her experiences as a mother to write "Of Woman Born," her ground-breaking feminist critique of pregnancy, childbirth and motherhood, published in 1976.

Rich believed that art and politics should not be separate and considered herself a socialist.

"For me, socialism represents moral value — the dignity and human rights of all citizens," she told the San Francisco Chronicle in 2005. "That is, the resources of a society should be shared and the wealth redistributed as widely as possible."

Rich taught at many colleges and universities, including Brandeis, Rutgers, Cornell, San Jose State and Stanford.

But when then-President Clinton awarded the National Medal of Arts in 1997, Rich refused to accept it, citing the administration's "cynical politics."

"The radical disparities of wealth and power in America are widening at a devastating rate," she wrote to the administration. "A president cannot meaningfully honor certain token artists while the people at large are so dishonored."

In 2003, Rich and other poets refused to attend a White House symposium on poetry to protest to U.S.-led invasion of Iraq.

Born in Baltimore in 1929, Rich was the elder of two daughters of a Jewish father and a Protestant mother — a mixed heritage that she recalled in her autobiographical poem "Sources." Her father, a doctor and medical professor at Johns Hopkins University, encouraged her to write poetry at an early age.

Rich graduated from Radcliffe College in 1951 and was chosen for the Yale Younger Poets Prize for her first book of poetry, "A Change of World."

In 1953, she married Harvard University economist Alfred Conrad. In 1966, her family moved to New York City when her husband accepted a teaching position at City College. Rich taught remedial English to poor students entering college before teaching writing at Swarthmore College, Columbia University School of the Art and City University of New York.

After she left her husband, he committed suicide later in 1970. She later came out as a lesbian and lived with her partner, writer and editor Michelle Cliff, since 1976.