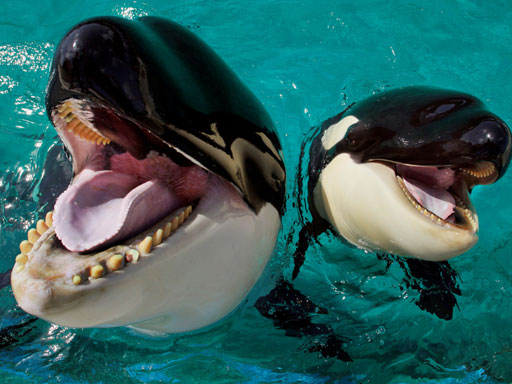 Adelphia Communications Corp. founder John Rigas and his son Timothy were convicted Thursday of conspiracy, bank fraud and securities fraud for looting the cable company and duping its investors.

Rigas and his son were convicted of all 15 securities fraud charges against them and other counts. Another Rigas son, Michael, was acquitted of conspiracy charges in the partial verdict; the jury was undecided on most of the remaining counts against him.

John Rigas, 79, and Timothy Rigas each face 30 years in prison on the most serious charge, bank fraud.

John Rigas showed no reaction to the verdict, leaning forward in his chair and looking down at the table.

The jurors returned the partial verdict after telling the judge they were having trouble reaching a decision on some counts at the fraud trial. They had asked for guidance on how to reach a decision without revealing how they were split.

The judge told them he would accept a partial verdict. It was the eighth day of deliberations following a three-month trial.

Judge Leonard Sand said he would give further instructions Friday on the undecided counts. He sent jurors home for the day and instructed them not to listen to media coverage of the case.

The Rigases and former assistant treasurer Mulcahey were charged with hiding $2.3 billion in debt at the cable company, deceiving investors and stealing company cash to line their own pockets.

Jurors were weighing 23 charges against each of the defendants.

The elder Rigas founded the company in 1952 in tiny Coudersport, Pa., and turned it into one of the nation's largest cable firms.

While most of the alleged fraud took its form in hidden debt, the trial was also notable for examples of the eye-popping personal luxury that has marked other white-collar trials.

Prosecutor Christopher Clark led off his closing argument by saying John Rigas had ordered two Christmas trees flown to New York, at a cost of $6,000, for his daughter.

Rigas also ordered up 17 company cars and the company purchase of 3,600 acres of timberland at a cost of $26 million to preserve the pristine view outside his Coudersport home.

The Adelphia founder stole with such gusto from his company, prosecutors said, that Timothy Rigas became concerned and limited his father to withdrawals of $1 million per month.

The prosecution relied heavily on the testimony of two former Adelphia executives, James Brown and Karen Chrosniak, to describe a complex scheme to lie on financial filings and hide Adelphia debt.

But Chrosniak, in tearful testimony, said John Rigas was "basically in the dark" about the company's money problems as its financial filings were being prepared.

In November 2002, Brown pleaded guilty to securities fraud, conspiracy to commit securities fraud and bank fraud in a deal to testify against Rigas family members accused of plundering the company.

The former vice president of finance at Adelphia was the first person to plead guilty in the scandal that authorities say cost investors more than $60 billion.

Rigas and his sons were arrested at their apartment on Manhattan's Upper East Side on July 24, 2002.

The Rigases, who have denied any wrongdoing, have been free on $10 million bail each, secured by cash, land and other property.

At the time of their arrest, Deputy Attorney General Larry Thompson said the Rigas family and others "systematically looted the corporation.

"The defendants intentionally submitted false information to lenders and made false statements to the public in order to maintain their failing company's stock price," he added.

Said Stephen Cutler of the Securities and Exchange Commission at the time, "This case exemplifies the Commission's — and the federal government's — determination to react quickly and forcefully to financial fraud at public companies, and our desire to ensure that officials who perpetrate such fraud will not profit from the behavior and will never again have the opportunity to misuse their positions as corporate officers and directors."

Lawyers for the five former executives have denied that their clients have committed any wrongdoing.

Adelphia filed for Chapter 11 bankruptcy protection June 25, 2002. The Rigases stepped down from board seats and executive posts at the company in May 2002.

CBS News Legal Analyst Andrew Cohen says the father and son will almost certainly spend a significant amount of time in prison unless there is some medical condition that John can point to that would convince a judge to be lenient. But even a lenient judge is going to order some prison time based upon these convictions, says Cohen.