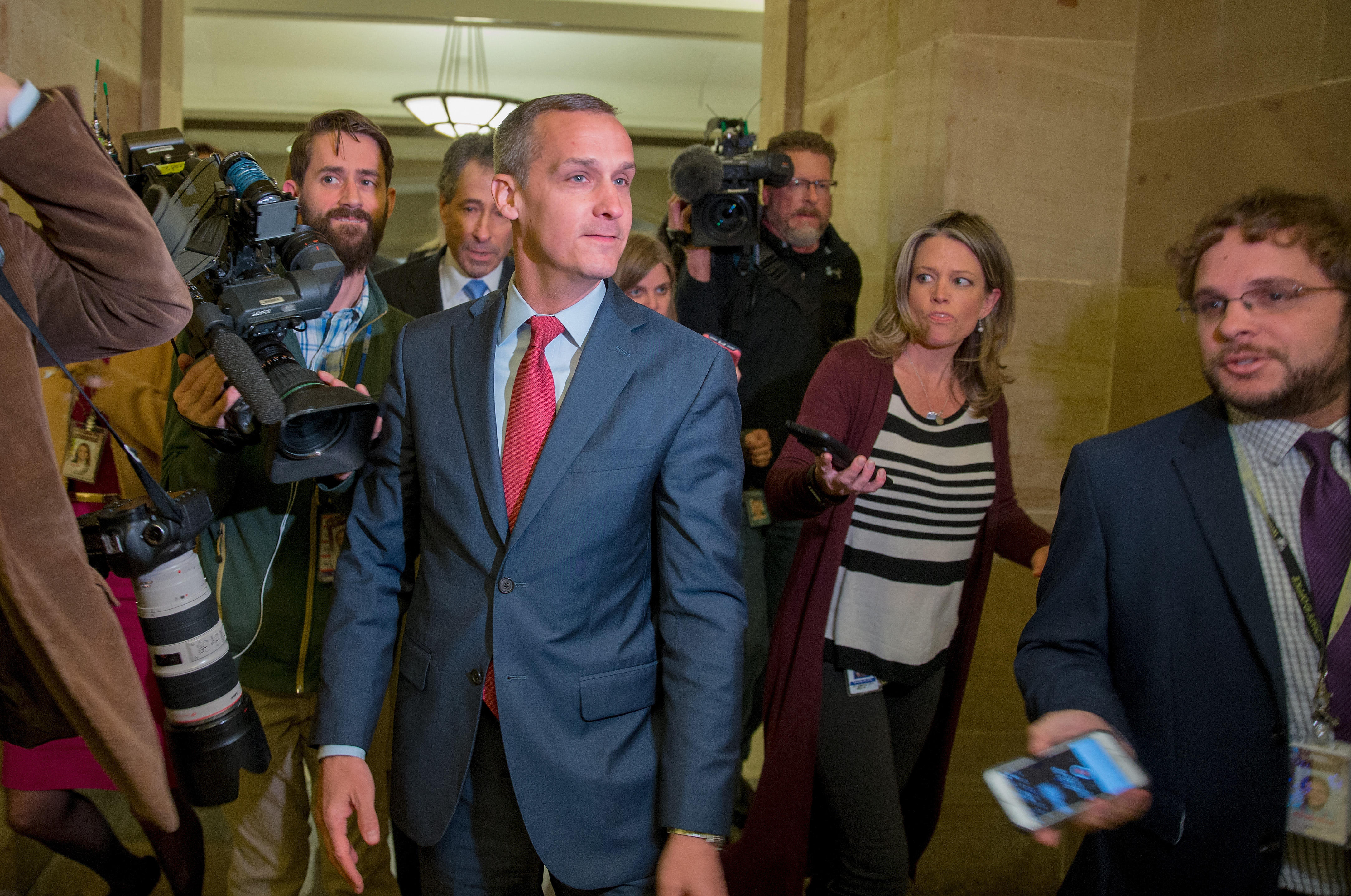 The top Democrat on the House Intelligence Committee described the latest witness testimony in the panel's ongoing Russia probe as "contentious," saying that Corey Lewandowski failed to answer questions on key topics. The former Trump campaign manager would not talk about the production of a false statement about the June 2016 Trump Tower meeting between top campaign officials and a Russian lawyer. Nor would he answer questions about conversations surrounding the firing of FBI Director James Comey, or any discussions he had with President Trump about special counsel Robert Mueller's potential firing.

Rep. Adam Schiff, D-California, told reporters Thursday that Lewandowksi argued to the panel that he didn't think the topics were "relevant," though the committee emphasized that was not his determination to make.

When Lewandowski last appeared before the committee in January, he said he wasn't prepared to answer questions about events that took place after the campaign. On Thursday, Lewandowski left the committee and exclaimed to reporters, "I answered every relevant question they had!"

Schiff told reporters that while Lewandowski did answer a set of questions concerning his time after the campaign, "Nonetheless, witnesses don't get to pick and choose when it comes to very relevant testimony to our investigation, so we have requested a subpoena."

He added, "We feel it's very important not only to getting to the truth in terms of our investigation but also in terms of the broader precedent it sets that we not allow witnesses to come in and tell us what they are willing to answer and what they won't."

Schiff also said that there are "any number of witness" that are relevant to the panel's investigation who have yet to come before the committee.

"Those that had a role, for example, in writing the speech that president Trump gave prior to the Trump Tower meeting where he promised he was going to be revealing things about Hillary Clinton," said Schiff. He was talking here about Mr. Trump's senior policy adviser Stephen Miller, who is also a speechwriter for the president.

"There were others that had knowledge that that meeting was going to take place prior to it taking place that we've asked that have not come before the committee and of course there are large categories of documents that need to be subpoenaed including communications between the likes of Roger Stone and others and WikiLeaks, the president's son and WikiLeaks, direct messaging that we should subpoena so I think there are a number of steps that I think any credible investigator would say these need to be done and we still hope that they will be," Schiff added.