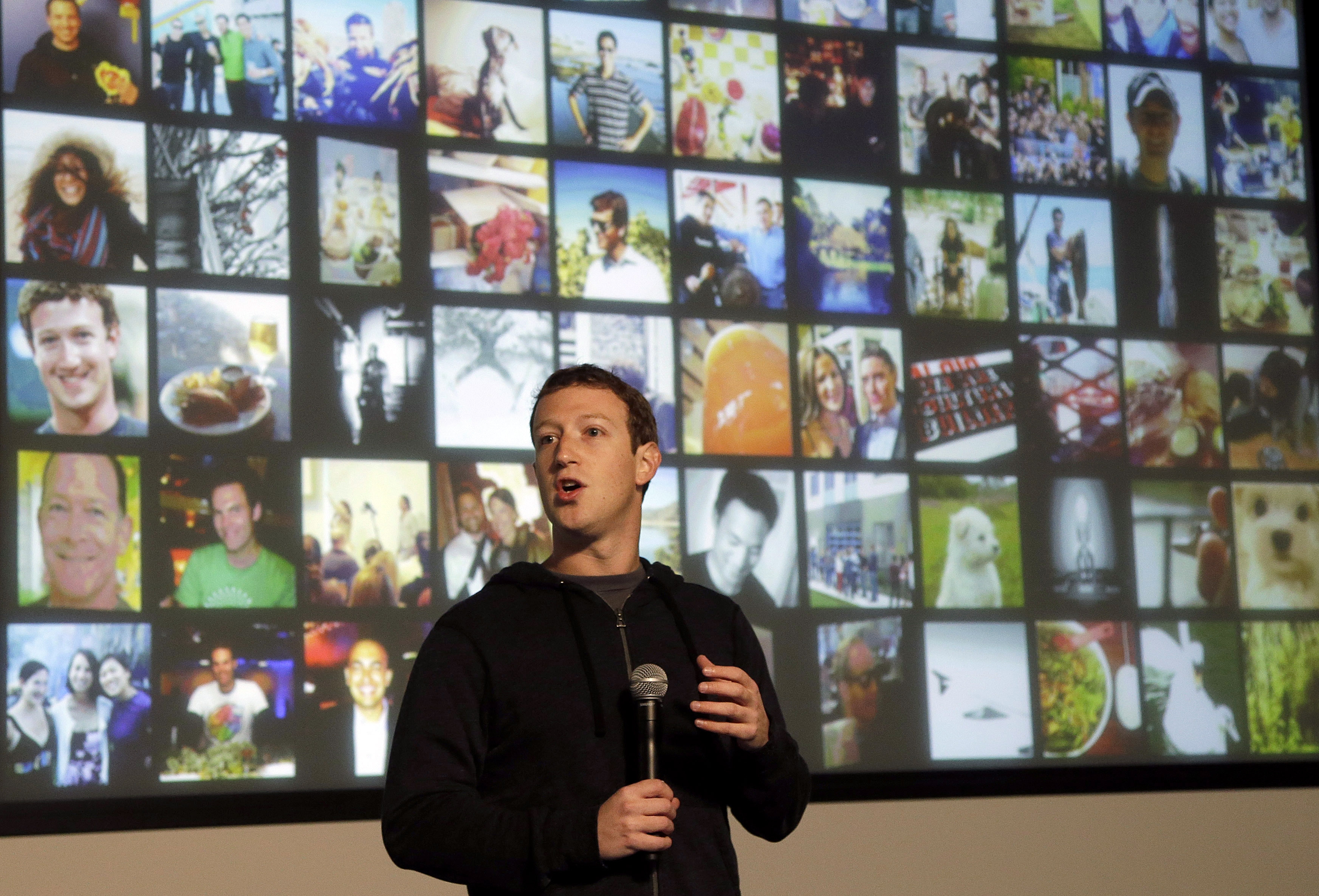 (MoneyWatch) Facebook (FB) on Wednesday announced fourth-quarter revenue of $1.585 billion, topping average analyst estimates of $1.53 billion, although that included a one-time increase in revenue from payments and other sources because of a change in how the company recognizes revenue. But sales from advertising alone were up sharply, at 41 percent, year over year. The results amount to year-over-year revenue growth of 40 percent and 26 percent from the previous quarter.

Facebook shares fell 2.3 percent in after-hours trading, suggesting that investors were looking for more and were concerned about sharply increased investment in new services.

The company's earnings of 3 cents per share on a GAAP basis was in line with Wall Street profit forecasts. Excluding stock-based compensation and related payroll tax expenses, non-GAAP earnings would have been 17 cents per share for the quarter, compared with 15 cents the previous year.

"In 2012, we connected over a billion people and became a mobile company," said Facebook co-founder and CEO Mark Zuckerberg in a statement.

Facebook had faced a prolonged downturn in its stock price, starting shortly after going public in May 2012, because of concerns about the company's growth prospects. The social network's challenge adapting to mobile computing has been a particular concern because of the broad adoption of smartphones and digital tablets. Mobile ads pay less than conventional online ads, raising questions of how Facebook will offset that loss of revenue.

Yet in recent weeks the company's stock has rallied and ahead of its earnings release Wednesday traded at $31.26, versus the opening IPO price of $38. Ultimately, Facebook's mobile performance will drive investor reactions and, with them, the stock price.

Still, Facebook faces additional challenges. The company sees low average revenue per user compared to other online service providers, such as Google (GOOG) and even ailing Yahoo (YHOO). Globally, the amount of revenue per user was $5.32 in 2012, up 6 percent from 2011. Facebook has depended on user expansion to fuel revenue growth, but eventually the company will have to improve the amount of revenue it can make per user.

Such figures vary widely by geographic area. Average revenue per user (ARPU) for 2012 in the U.S. and Canada was $13.58. However, those are the most mature markets for Facebook, not the ones that will drive the significant revenue growth that investors expect. European ARPU is much lower at $5.91. Asia is tiny in comparison: $2.35.

Making progress on mobile will help, as many people in Asia use smartphones and tablets for Internet access. In the third quarter of 2012, mobile ad revenue was 14 percent of total ad sales, which is Facebook's main revenue source. In this most recent quarter, 23 percent of the company's its total ad revenue came from mobile.

One obstacle, and not only for Facebook: Mobile devices' smaller-sized screens cannot display as much advertising, potentially limiting ad sales, particularly in Asia. Last fall, brokerage firm Sterne Agee conducted a survey and found that 77 percent of respondents did not notice mobile ads. That could spur advertisers to eventually look for other marketing avenues, which would increase the revenue pressure on Facebook.

Such new approaches as Facebook's so-called sponsored stories, which are tagged with the images and names of someone's social network friends, are more effective, but remain controversial and resulted in a class action lawsuit by users who had appeared in ads without their permission.