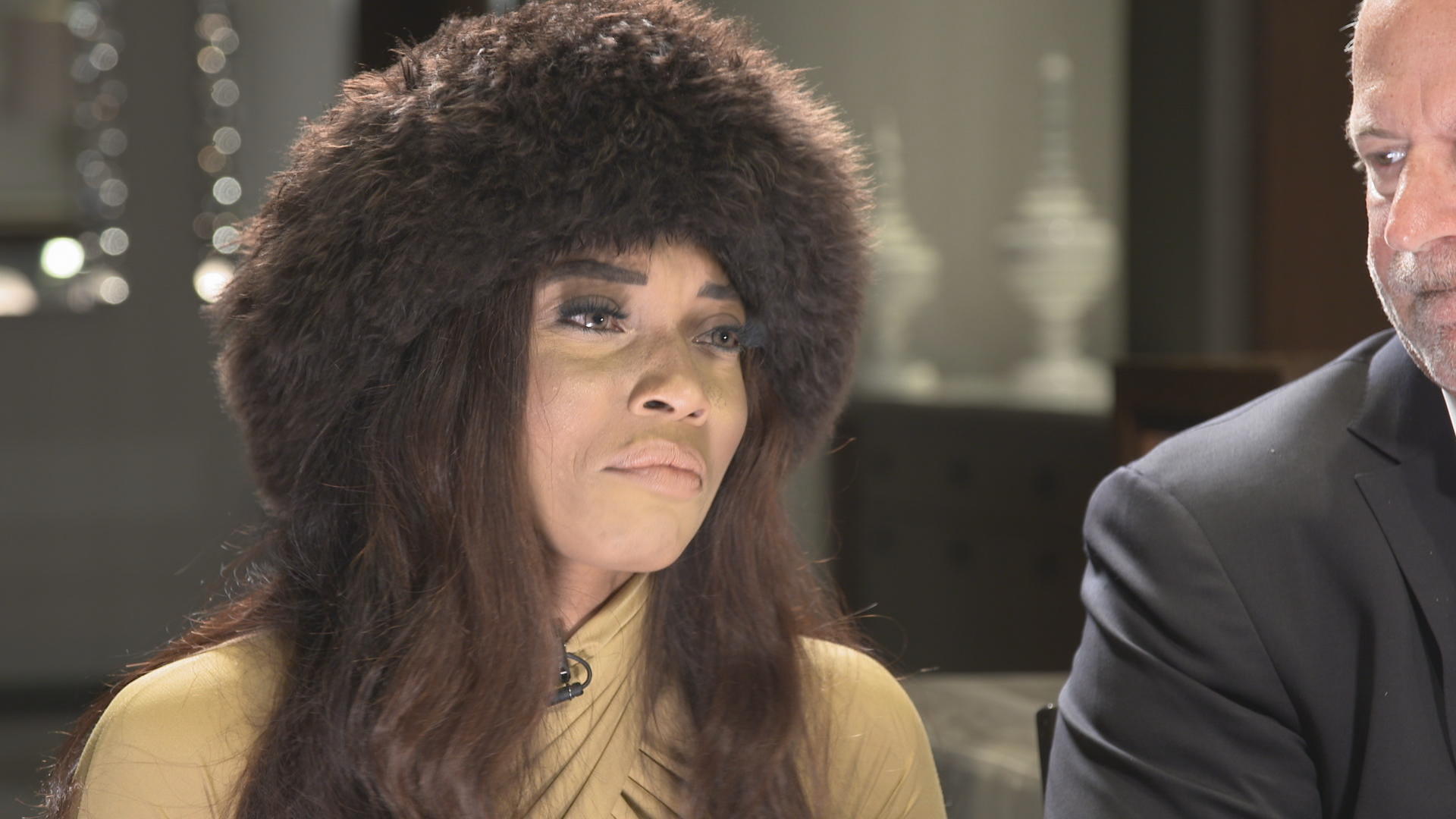 British actress Kadian Noble says the disgraced movie mogul sexually assaulted her in 2014 during the Cannes Film Festival in France. She says Weinstein lured her to his hotel room with the promise of a movie role and in her lawsuit claims Weinstein "recruits, solicits and entices young female actresses."

Noble told CBS News' Jericka Duncan she met Weinstein on one other occasion, in London, three months before the alleged assault. She says that's when Weinstein told her that he had a film role in mind for her and when he said "it will be good for you" – she believed him.

"I still can hear the rattle from his belt, like him undoing his belt while he had grip of me," Noble said.

Noble says she was forced into a hotel bathroom and sexually assaulted by Weinstein in May of 2014.

She says Weinstein approached her at the Majestic Hotel during the film festival in Cannes, France, inviting her upstairs to his room to watch her audition reel.

"It seemed like it went on forever and he basically took, just completely touched me inappropriately and got me to put -- force my hand in places," Noble recounted.

Noble is suing Weinstein, his brother Bob and the Weinstein Company for damages. According to the complaint, as Noble fought back Weinstein told her, "everything will be taken care of for you if you relax."

"Harvey wasn't acting alone. Harvey wasn't allowed and enabled to do what he did to Kadian and other women without help," said Noble's attorney, Jeff Herman.

The federal lawsuit claims Weinstein engaged in sex trafficking by traveling from the U.S. to London and France, where the alleged assault took place.

"Harvey was a legend. He was someone that I thought was going to make my dream a reality," Noble said.

She says this experience has broken her.

Herman believes his client is entitled to millions. Authorities in Los Angeles and New York have been communicating about other allegations. Weinstein has already "unequivocally" denied any wrongdoing. CBS News reached out to Harvey and Bob Weinstein, and the Weinstein Company for comment on this suit but has not heard back.