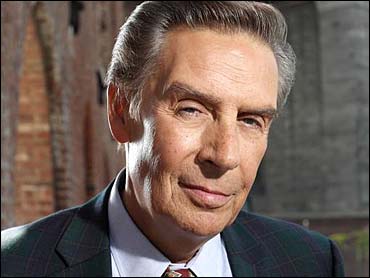 "Law & Order" star Jerry Orbach has died of prostate cancer at 69, a representative of the show said Wednesday.

When his illness was diagnosed, he had begun production on NBC's upcoming spinoff "Law & Order: Trial By Jury," after 12 seasons playing Detective Lennie Briscoe in the original series. His return to the new show had been expected early next year.

On Broadway, the Bronx-born Orbach starred in hit musicals including "Carnival," "Promises, Promises" (for which he won a Tony Award), "Chicago" (original 1975 cast) and "42nd Street" (the original 1980 production).

He also starred in the original production of "The Fantasticks" off-Broadway when it debuted in 1960, where he introduced the song "Try To Remember." The show ran for more than 32 years.

Among his film appearances were roles in "Dirty Dancing," "Prince of the City" and "Crimes and Misdemeanors."

Earlier this month, manager Robert Malcolm Malcolm said Orbach has been receiving treatment since spring, but declined to discuss how advanced the illness is or the nature of the treatment.

"We expect him to make a full and swift recovery, and while he is receiving treatment, we will work around his schedule," "Law & Order" producer Dick Wolf told the New York Daily News in early December.