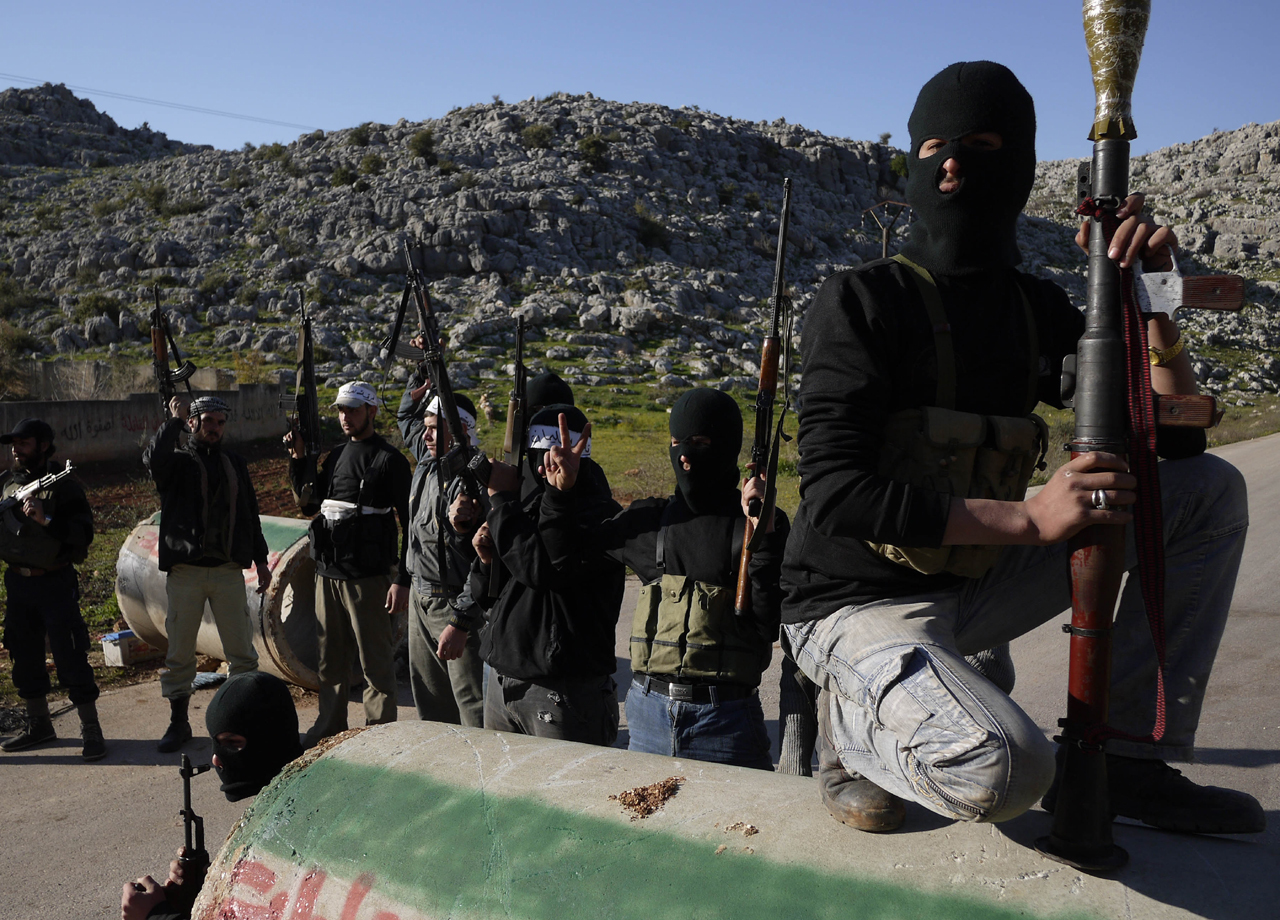 (AP) BEIRUT - Syrian troops backed by tanks stormed a northwestern town on Saturday in the latest of a series of pushes by regime forces into rebel-held areas, but faced strong resistance from defending army defectors, activists said.

The British-based Syrian Observatory for Human Rights and the Local Coordination Committees said the troops entered Saraqeb from the north and were advancing amid heavy shelling.

The Observatory said fighting had reached the central market district where army defectors damaged a tank and three armored personnel carriers. It said several members of the military and a civilian were killed, and dozens more people were wounded.

"Large numbers of residents are fleeing the town," said Rami Abdul-Rahman, who heads the Observatory, which has a network of activists inside Syria. "People have been leaving the town for some time but after today's attack the process intensified."

Syria's government has been on the offensive over the past two months and has taken a number of rebel strongholds: the provincial capital and other towns in the northwestern province of Idlib that borders Turkey, the central provinces of Hama and Homs, and the eastern oil-rich region of Deir el-Zour that borders Iraq.

Syria's rebels, who took up arms following the regime's crackdown on protesters, are outgunned by armored units loyal to President Bashar Assad but have opted for hit-and-run raids and ambushes.

The Syrian government cites the rise in such attacks to boost its argument that the uprising is being carried out by terrorist groups acting out a foreign conspiracy.

The LCC said the troops were accompanied by pro-government gunmen known as shabiha and plainclothes security agents who arrived in buses and started conducting raids and detaining people. Calls to the town could not get through. The government is known to cut networks in areas where operations are underway.

Saraqeb, in the northern province of Idlib, had been held by army defectors for months.

The attack came 11 days after troops retook Idlib city, the provincial capital, which had also been under rebel control for months.

The Observatory said Syrian security forces killed 10 people throughout Syria Saturday while the LCC put the death toll at 15.

International condemnation and high-level diplomacy have failed to stop the year-old Syria crisis that the U.N. says has killed more than 8,000 people, many of them civilian protesters.

Earlier this week, a U.N. Security Council statement called for a cease-fire to allow for dialogue between all sides on a political solution. Assad's government played down the statement, saying Damascus is under no threats or ultimatums.

Earlier Saturday, the Observatory and the LCC said troops fired mortar rounds at the rebel-held neighborhood of Khaldiyeh in the central city of Homs in apparent preparation to storm the area.

Abdul-Rahman said the heavily-populated Khaldiyeh has been shelled since early Saturday. The LCC posted a video on its Facebook page showing smoke billowing from a residential area it said was in Khaldiyeh.

The neighborhoods, one of Homs' largest, has been under rebel control for months.

Homs has seen some of the heaviest fighting in Syria's year-long uprising. Government forces crushed a rebel stronghold in Baba Amr neighborhood on March 1.

The Observatory said troops also barraged the town of Qalaat al-Madiq in Hama province with mortars and heavy machine guns. The government has been trying to enter the town for the past two weeks, it said.